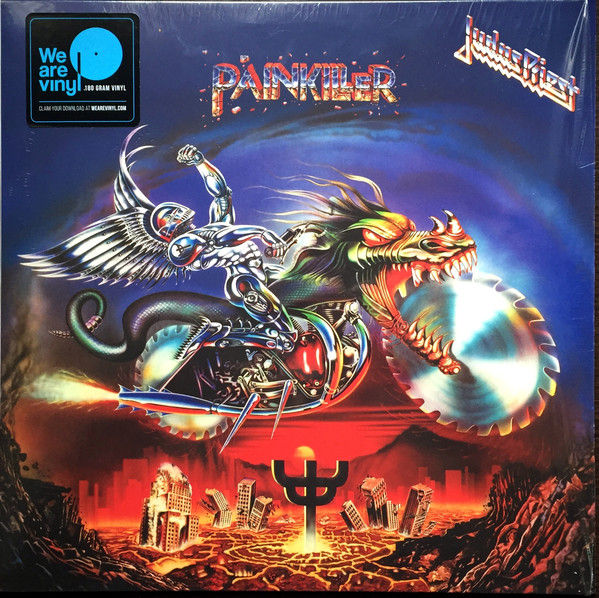 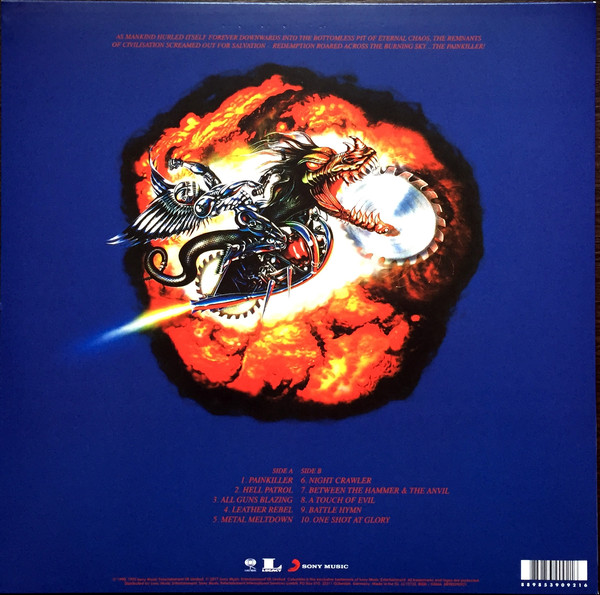 Painkiller is the twelfth studio album by English heavy metal band Judas Priest, released in September 1990. It is the last Judas Priest album to feature lead singer Rob Halford until his return for the 2005 album Angel of Retribution and the first to feature drummer Scott Travis.

Painkiller is the first Judas Priest album to feature drummer Scott Travis, who replaced long-time drummer Dave Holland in 1989. Travis was previously a member of Los Angeles band Racer X and with his heavy use of double kicks Travis gave Judas Priest a new sound and heavier edge.

The album was recorded at Miraval Studios, Brignoles, France in early 1990 and mixed at Wisseloord Studios, Hilversum, the Netherlands later that year. It was produced by the band and Chris Tsangarides, marking the first time since 1978's Killing Machine that Judas Priest had not worked with Tom Allom and the first time since 1976's Sad Wings of Destiny that Judas Priest and Tsangarides worked together.

Don Airey was brought in to play keyboards on one song; however, in interviews, he claimed he also provided the bass parts through a Moog synthesizer, as Ian Hill was ill during the time of recording.[7][8]