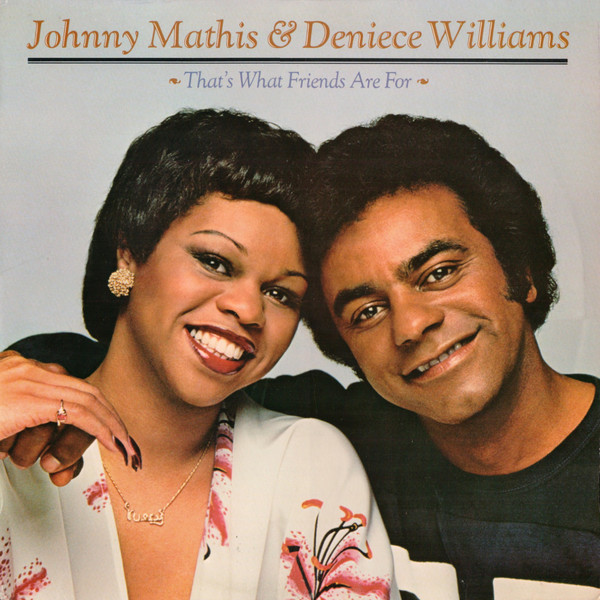 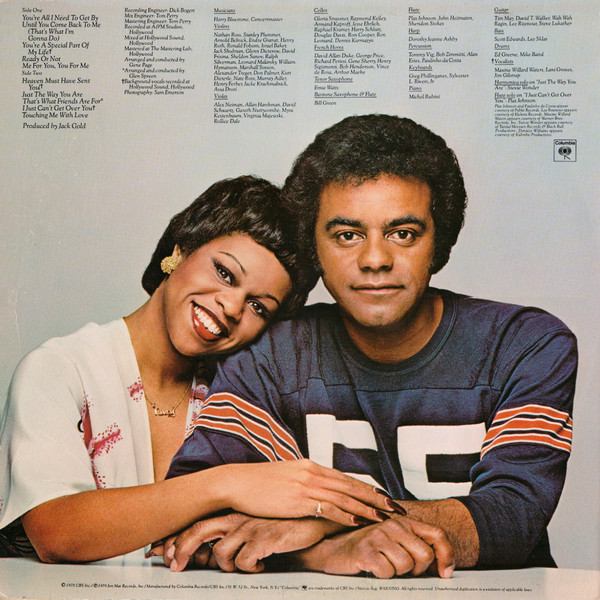 That's What Friends Are For

That's What Friends Are For is an album by American singers Johnny Mathis and Deniece Williams that was released in July 1978 by Columbia Records. The project was a continuation of the pairing of the artists that began on his previous LP, You Light Up My Life, which included "Too Much, Too Little, Too Late", the duet that was on its way to number one on three different charts in Billboard magazine as the recording sessions for this album got underway.

On July 20, 1978, That's What Friends Are For received Gold certification from the Recording Industry Association of America for sales of 500,000 copies in the United States,[6] and it debuted on Billboard's list of America's Top LP's & Tapes shortly thereafter, in the issue dated July 29, for the start of a 16-week chart run that took the album to number 19.[7] That same issue also marked its debut on the magazine's Black Albums chart, where it remained for 11 weeks and peaked at number 14.[8] The following month, on August 28, it made its first of 11 weekly appearances on the UK album chart, during which time it got as high as number 16,[9] and October 31 of that year the British Phonographic Industry awarded the album with Gold certification for sales of 100,000 copies in the UK.[10]