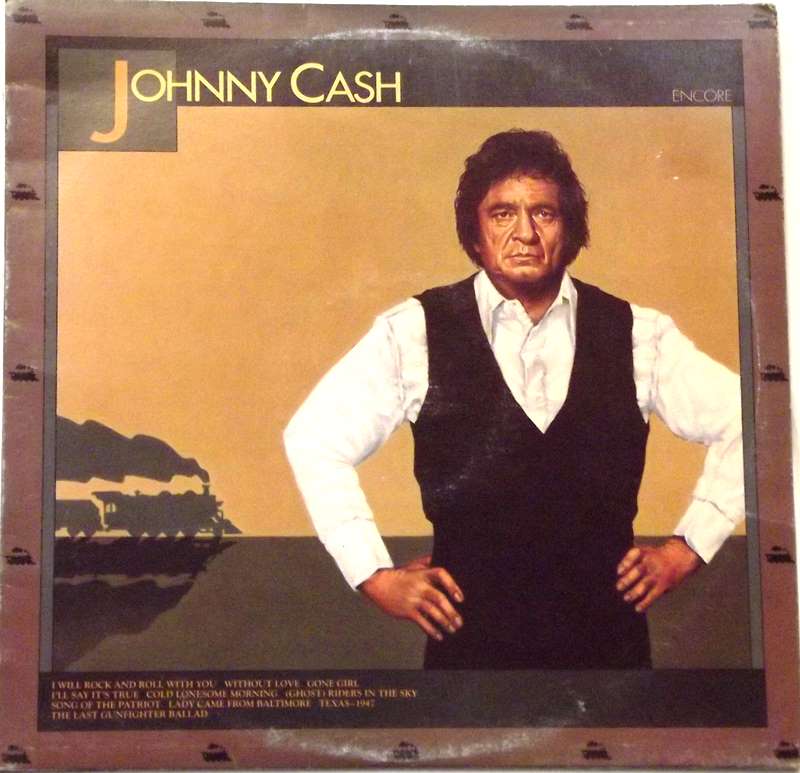 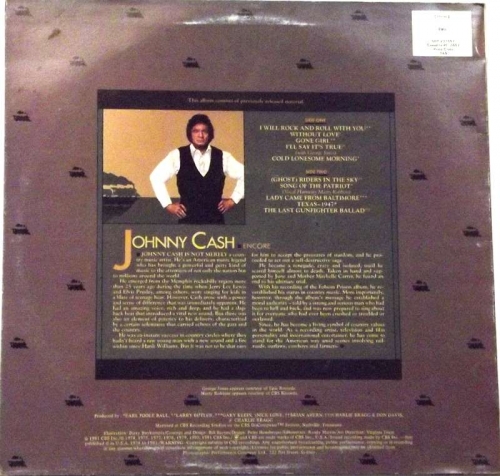 Encore is a compilation album and 67th overall album with new or live tracks by country singer Johnny Cash, released on Columbia Records in 1981 (see 1981 in music). Aside from a handful of songs from previous Cash records, including the hit single "(Ghost) Riders in the Sky", it contains one newly recorded song, entitled "Song of the Patriot"; it features Marty Robbins. The song was released as a single, with minor chart success. "Without Love" was also released as a single.