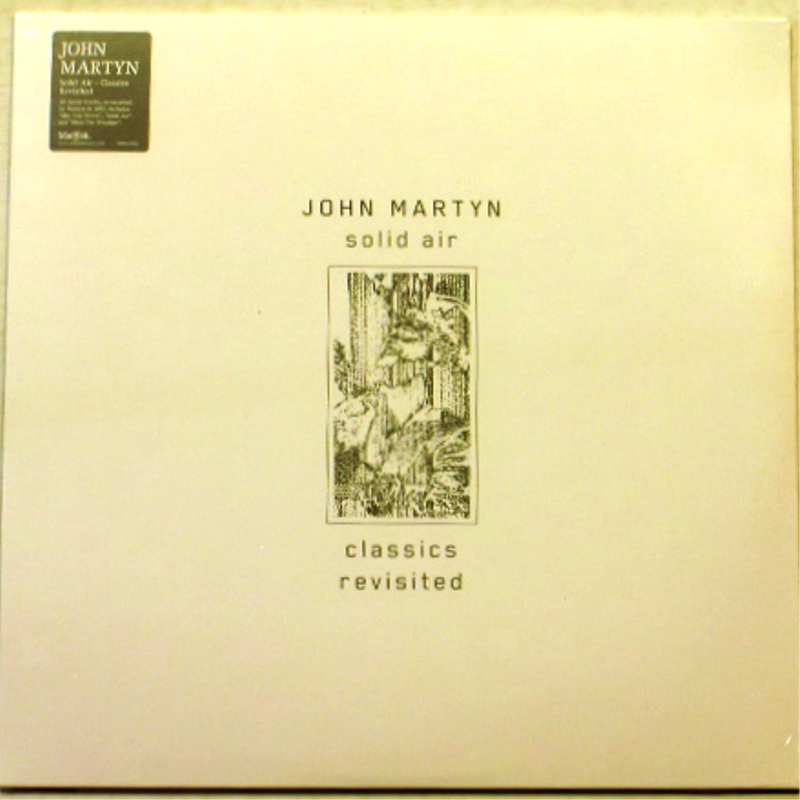 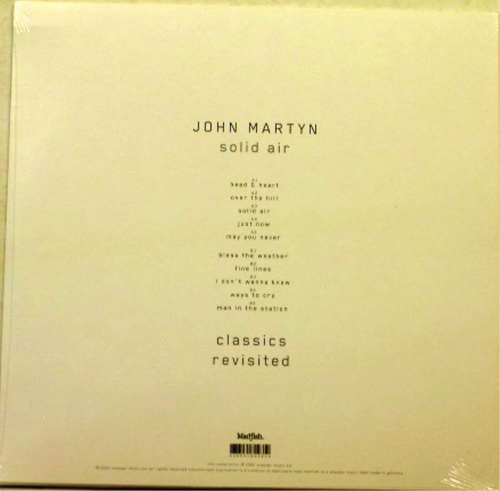 Brand new re-recorded by John in 1993. Made in Germany.

10 classic tracks re-recorded by the legendary singer-songwriter in 1993, now on Madfish and presented on 180gm heavyweight vinyl.
John Martyn the legendary British singer-songwriter and guitarist, once described by The Times newspaper as "an electrifying guitarist and singer whose music blurred the boundaries between folk, jazz, rock and blues".
With a career spanning over 40-years, he released 21 studio albums, working with artists such luminaries as Eric Clapton, David Gilmour and Phil Collins.
Martyn began his professional musical career when he was 17, playing a blend of blues and folk resulting in a distinctive style which made him a key figure in the British folk scene during the mid-1960s. It was in the 1970's that Martyn found fame as a solo artist and in 1973 he released one of the defining British albums of the decade, "Solid Air"originally released on Island Records, the title song being a tribute to the singer-songwriter Nick Drake, a close friend and label-mate, who sadly died in 1974.
Madfish Records are releasing this classic album on LP, re-recorded by Martyn in 1993. Among the 10 tracks are iconic songs including 'May You Never', which quickly became a signature song for Martyn and a firm favourite within his live performances, 'Solid Air' and 'Bless The Weather'.