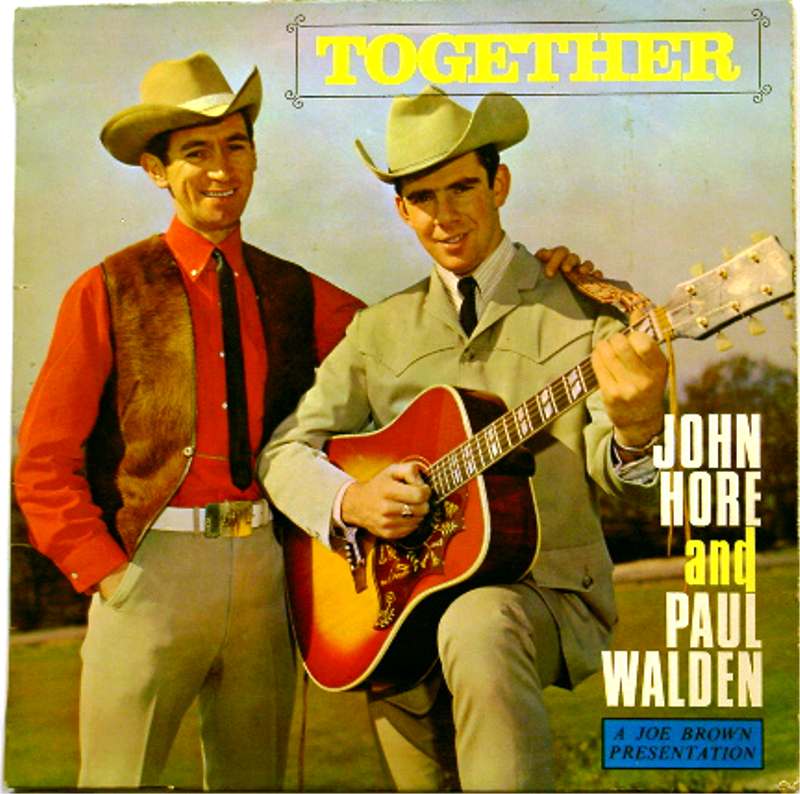 New Zealand's best known country singer and most prolific recording artist since Tex Morton, John Hore is a typical example of a country boy who rose from obscurity to overnight stardom, but unlike many of the country's pop idols, managed to maintain his status in the popularity stakes for many decades, and is still performing today.

Before John Hore arrived on the scene the appeal of country music was more or less restricted to a small but nonetheless enthusiastic band of followers. John helped to give it a much needed 'shot in the arm', making country music not only better known and appreciated, but more acceptable to a wider audience, dispelling the 'hillbilly' image for many.

John Denver Hore was born on July 19th, 1944, in the Central Otago town of Ranfurly, to Nellie and Herbert Hore. He grew up on the family farm at Kyeburn and developed a deep love of country life, especially for animals (with horses and dogs at the top of the list). When his father died in 1956 the family returned to Ranfurly. Two years later John moved to Dunedin to attend Otago Boys High School. He and his fellow pupils whiled away their leisure hours singing and playing their guitars. During the Christmas holidays John's sisters, Lorraine, Ainslie and Marilyn formed a vocal trio called the Three H's, with backing by brother John. They entered and came second in Joe Brown's 'Search For The Stars' Quest.

In 1960, the family settled in Port Chalmers, near Dunedin, and here John joined a folk group known as the Jasons. They won a number of local talent quests. John left school shortly after his eighteenth birthday and worked for a short time as roustabout with a shearing gang and as an employee of Glenrowan Station, Kyeburn, close to the old family farm. While working there he began to interest himself in country and western music and spent many a night singing in the bunkhouse or around the campfire to the enjoyment of the station hands. In January 1963 John took third prize in an open air talent quest organised by Joe Brown for the Centennial celebrations at Naseby in Central Otago. A month later he entered a talent contest again run by Joe Brown in Dunedin, and came first. Part of the prize was a tour with the 1963 Miss New Zealand Show. Later that year John won the Otago Provincial final of 'Have A Shot On TV', and was placed third in the national finals.

John's next milestone was signing with Joe Brown Records. His first release was "Mary Ann Regrets"/"Big Man In A Big House", followed by "Streets Of Laredo"/"Mr In-Between" in 1964. There were three other singles in 1964, all on the Joe Brown label, on which he continued until 1973, producing twenty four singles in total along the way. In December 1964 he released his first album, "Introducing John Hore". 1964 was a very busy year with important stage shows headed by such artists as Marty Robbins, Freddie Paris, Rob E G, Freddie Keil, Dinah Lee and Jim McNaught, as well as the Miss New Zealand Show. John continued to tour with that particular show annually while it existed.

In August 1964 he went to Australia for a round of night clubs, hotels and TV appearances. While he was there, EMI released his single "Come On Home"/"Cool Water". Returning to New Zealand he toured with the Bobby Breen Show, and the following year with 'Showtime Spectacular' and his own Country and Western stage show. John's second album, "Encore John Hore", released in May 1965, topped all previous album sales by a New Zealand artist at that time. He was presented with a Silver Disc by Jim Healy, the popular compare of 'Country Style' from Radio Station 4ZA Invercargill, on behalf of the people of Southland for occupying the top 5 places on the Country and Western Top 10 chart. Another album released in 1965 was "My World".