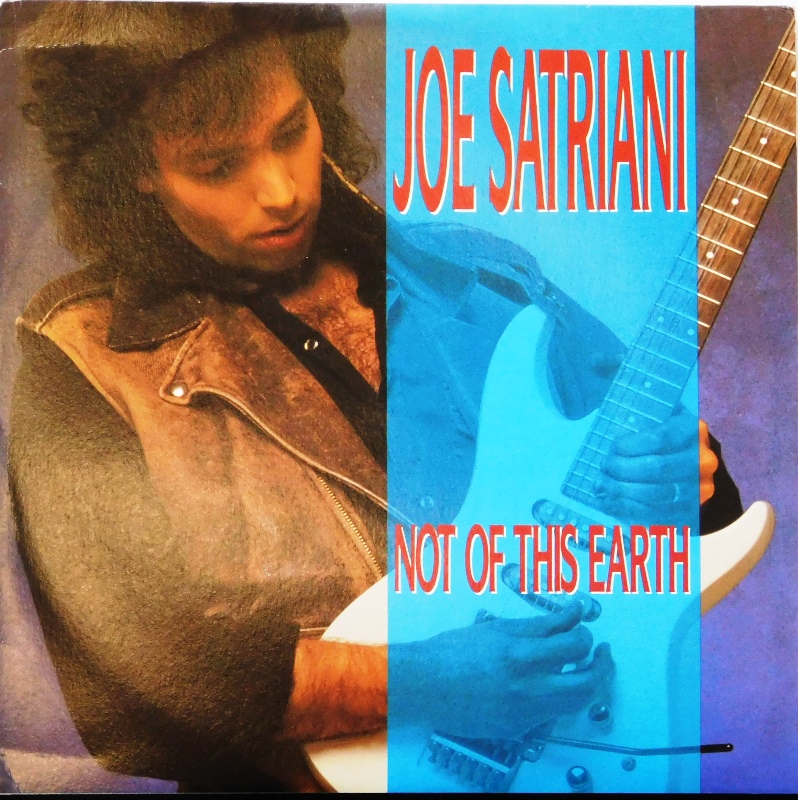 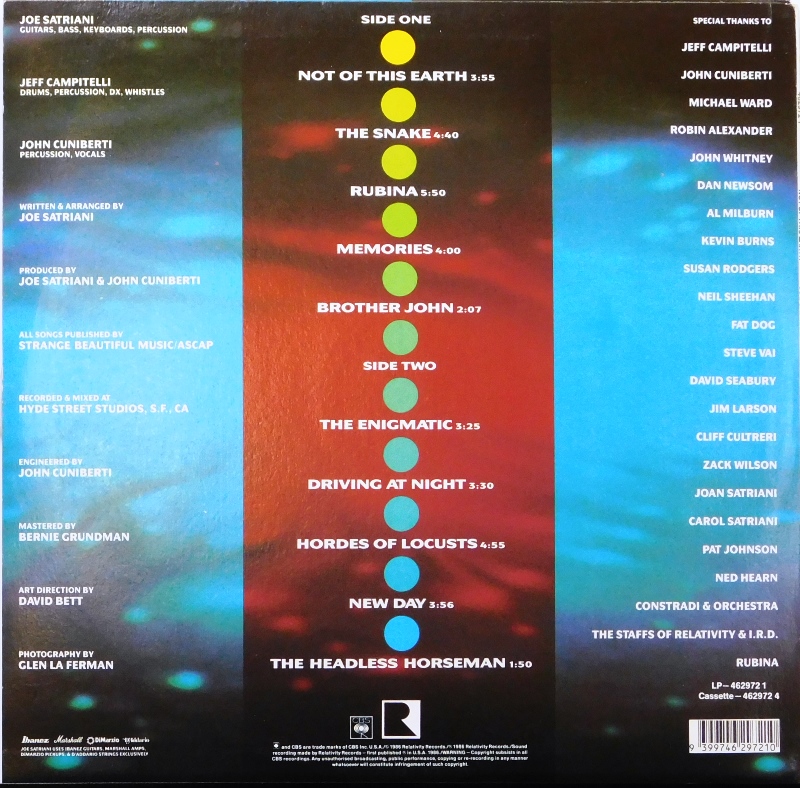 Not Of This Earth

Not of This Earth is the debut studio album by guitarist Joe Satriani, released in 1986 through Relativity Records.[1]

In the liner notes, Satriani provides a brief introduction to himself and the background behind Not of This Earth, which was recorded in early 1985.[2] He states that his goal was "to make a 'guitar-record' that would be enjoyed by all; not just a 'guitar-chops-record' but one with real music on it." He also mentions the recording of a follow-up album which he promises "will turn heads, drop jaws and create world peace in our lifetime!";[2] this would become his 1987 breakthrough smash hit, Surfing with the Alien.

The album uses electronic drums rather than acoustic drums. The title track utilizes a unique compositional technique described by Satriani as pitch axis theory, which consists of shifting modes underneath a pedal tone (in this case, E). "The Enigmatic" uses the enigmatic scale.[3] "Rubina" is one of two tracks named after his wife, the other being "Rubina's Blue Sky Happiness" on The Extremist (1992). "The Headless Horseman" is performed entirely using a two-handed tapping technique, and was revisited in the form of "Headless" on Flying in a Blue Dream (1989).