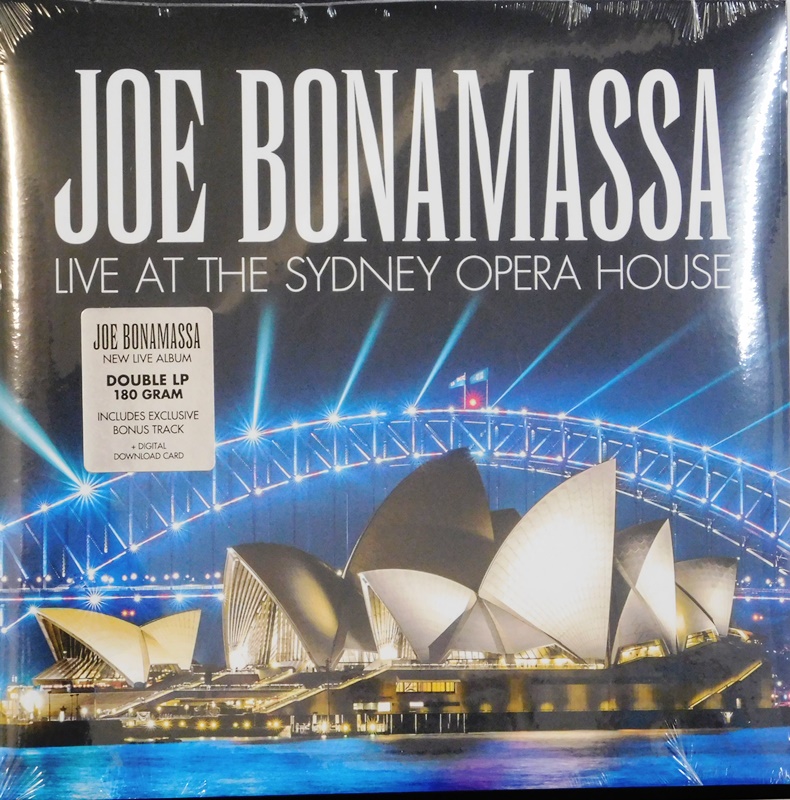 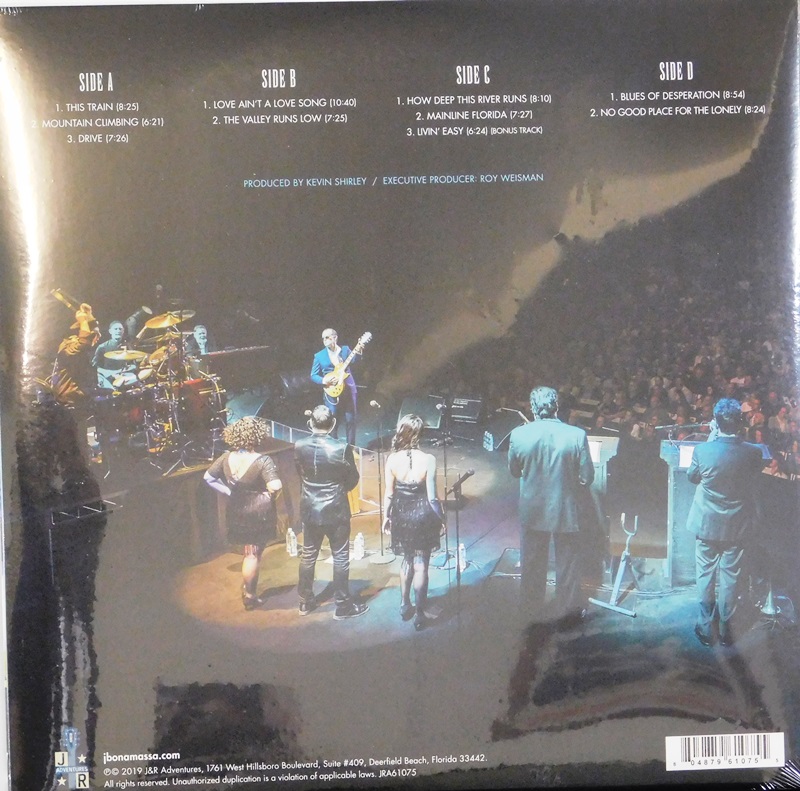 Live At The Sydney Opera House

Joe Bonamassa’s  album Live at the Sydney Opera House is a compilation of highlights from the Grammy-nominated blues-rock superstar’s 2016 performance at the legendary venue, set for release today. The esteemed guitars and his band of acclaimed studio and touring musicians rumble through vocal and ensemble and solo instrumental sections, highlighting each instrument individually and their ability to play as one.

With a warm welcome from the audience, the band saunters onstage, quickly warms up, and breaks into “This Train.” The first number, a powerful blues classic, sets the tone for the album with minimalist vocals and full force instrumentation. Renowned keyboardist Reese Wynans’ organ rings and hangs in the air throughout the album, interchanging solos with Bonamassa. Mostly, though, the guitar grinds above the others in a haze of rockabilly and blues. Throughout Live at the Sydney Opera House, session all-stars Anton Fig, on drums, and Michael Rhodes, on bass, kick and pop. Bonamassa shows his ability to change the tone of the entire show with his playing, on “Mountain Climbing.” Picking notes off-pitch in his roaring solo, the entire song takes an eerie turn, and the rhythmic riffs around the chorus turn sinister. This tone continues into “Drive,” with its ominous whammy bar, deep pounding drums, and whispered vocals. Bonamassa, again, pairs his crooning guitar solo with that of another renowned musician, Lee Thornburg, on trumpet. The raw sense of emotion and powerful, throbbing bass that continues along the whole song creates a powerful storyline even through changing lead instruments. Often on Live at the Sydney Opera House, after long-winded instrumental sections, the band synchronously reforms the chorus and structure of each song. This happens on “Drive” and after the interplay between Bonamassa and Wynans on “Mainline Florida,” an ode to the wildness that is Florida. Bonamassa ends this lighthearted tune with a two-minute discussion about how much of an honor it is to play at the Opera House.

The rest of the album offers much of the same: searing guitar and pipe-organ keyboard solos, eerie slide-guitar references to old-western music, and sharp, lofty background vocals.  “The Valley Runs Low” moans and groans. Soulful singing and soft, tender vocals create a gentle atmosphere, through which the piercing guitar shrieks. Bonamassa’s blues roots — his inspirations are British and Irish interpreters — comes through on ”Blues of Desperation,” which incorporates classic blue notes, and “No Place for the Lonely,” which features exceptional playing from every member of his band underneath the zips of Bonamassa’s riffs. Live at the Sydney Opera House ends with the well-written “Livin’ Easy” about expensive women. The versatile saxophone of Paulie Cerra drips with class and screams at the top of its lungs. The bass, gospel background vocals, and light, soft guitar build into a vocal outro. They quiet abruptly and the album and show end with a standing ovation.

Bonamassa and his band play a roaring show for the Australian crowd on Live at the Sydney Opera House, which comes on the heels of his 21st #1 album, Redemption. Catch him on his Fall tour of the United States.