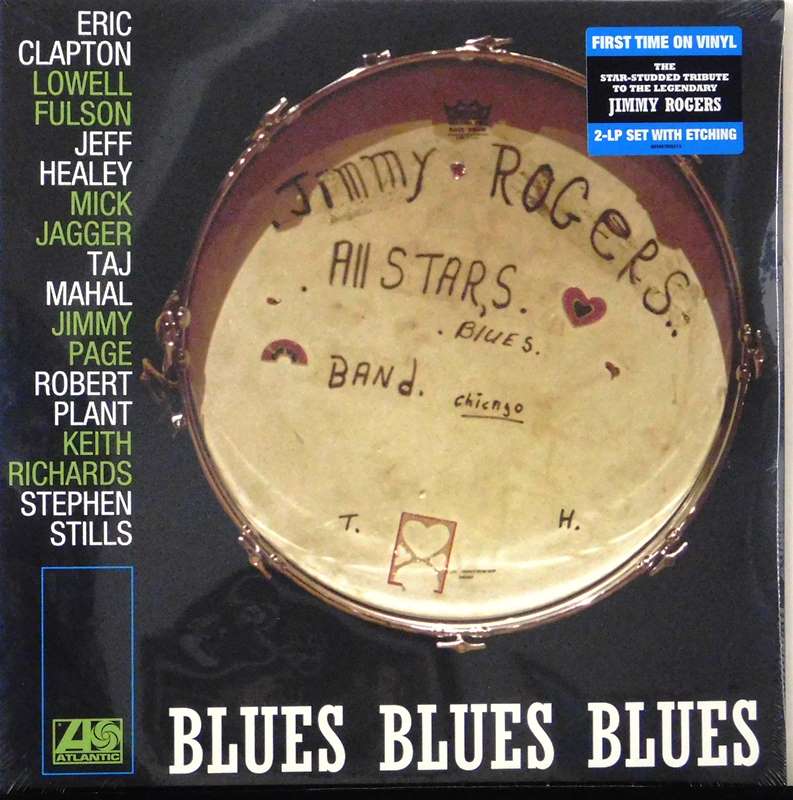 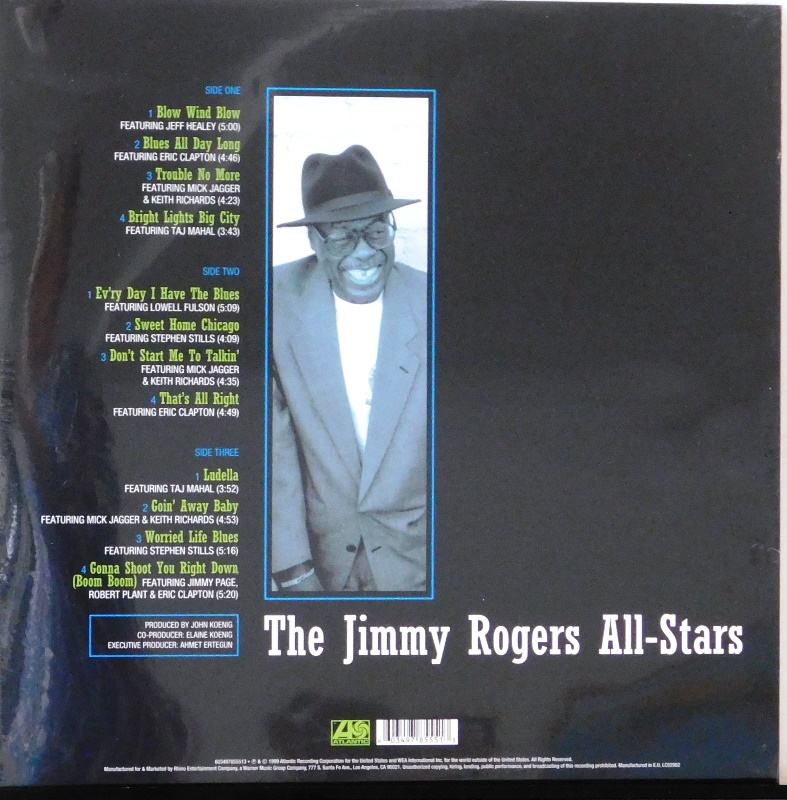 Jimmy Rogers was very much a musician's musician -- the kind of guitarist that earned accolades from contemporaries and successors alike -- yet one who never wins a wide, mainstream audience. Blues Blues Blues was designed as the album that would find Rogers a larger audience, and as such, it has all the bells and whistles of a big-deal blues album. It has the classics ("Trouble No More," "Bright Lights, Big City," "Sweet Home Chicago," "Don't Start Me to Talkin'"), remakes of Rogers standards ("Ludella," "That's All Right"), cult covers (Muddy Waters' "Blow Wind Blow," which kicks off the album on just the right note) and an astounding number of guest appearances, including cameos from (get ready): Jimmy Page and Robert Plant, Keith Richards and Mick Jagger, Lowell Fulson, Johnnie Johnson, Eric Clapton, Taj Mahal, Ted Harvey, Carey Bell, Stephen Stills, and Jeff Healey. That's a lot of star power -- too much, as a matter of fact -- since they occasionally overwhelm Rogers himself. And it has to be said that Rogers' playing simply isn't as dynamic or overpowering as it once was. Nevertheless, when it's judged alongside other contemporary electric blues albums, Blues Blues Blues holds up very well. Like its peers, such as John Lee Hooker's Point Blank recordings, the record is slick and well-crafted -- it may be blues-lite, but it's highly enjoyable. And it's likely that it would have broken Rogers' career wide open, if he had lived to see its release. Knowing that makes Blues Blues Blues a little bittersweet. Yes, it's enjoyable, but it would have been great to hear Rogers really tear it up on his final record