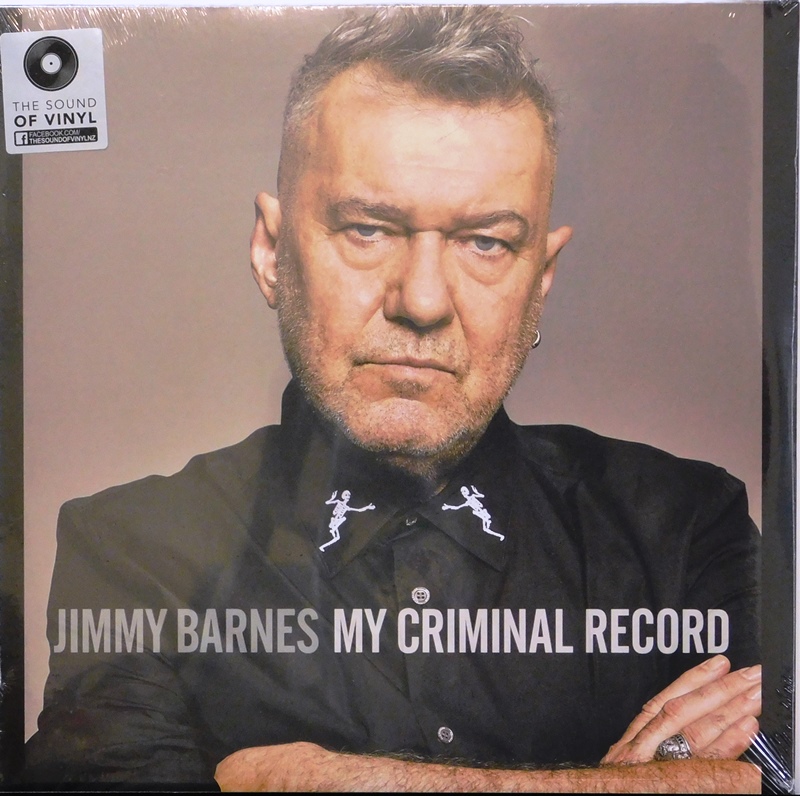 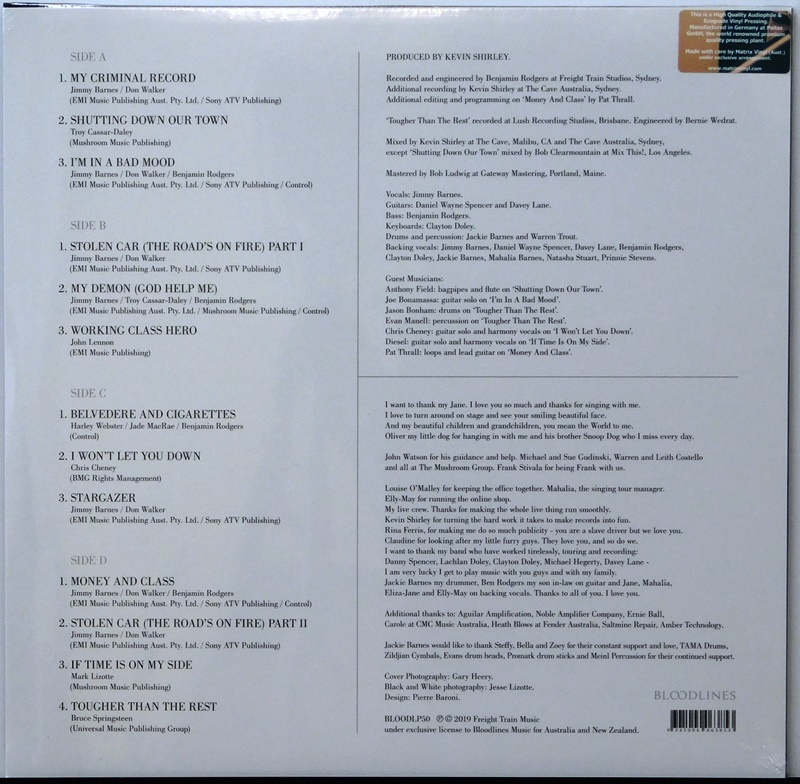 Aussie rock legend Jimmy Barnes' 17th solo studio album, My Criminal Record, is a look into his past and a chance to release a few more demons following his two-biopic novels A Working Class Man and A Working Class Boy.

My Criminal Record is the 17th studio album by Australian musician Jimmy Barnes. The album was released on 31 May 2019.[4] The album is Barnes' first solo album of primarily original material since 2010's Rage and Ruin.[5] It became Barnes's 12th number-one album on the Australian albums chart, making him the artist with the most chart-topping albums in Australian chart history, having previously tied at 11 number ones with Madonna and U2.[6]

In 2015, Barnes began writing with longtime collaborator Don Walker for Cold Chisel's follow-up to The Perfect Crime released in 2015. In 2016 Barnes released the autobiography Working Class Boy and the sequel Working Class Man in 2017 which led to a documentary film titled Working Class Boy chronicling his life; thus renewing an interest in Barnes' life and career. Barnes told the Newcastle Herald writing and speaking about his life had also energised his songwriting some 40 years into his career. "It's certainly opened up a whole new avenue for songwriting in terms of different emotions, different ways of looking back at my life. Writing those books - as much as they connected with other people - for me, there was a lot of stuff that was blocking me that I tried to not deal with as I grew up. Dealing with them in the book has loosened me up and freed me up so I can write about other things and move on."[5]

Barnes scheduled two in-store album signing days to support the release; one in Melbourne on 1 June and one in Adelaide on 2 June.[7]