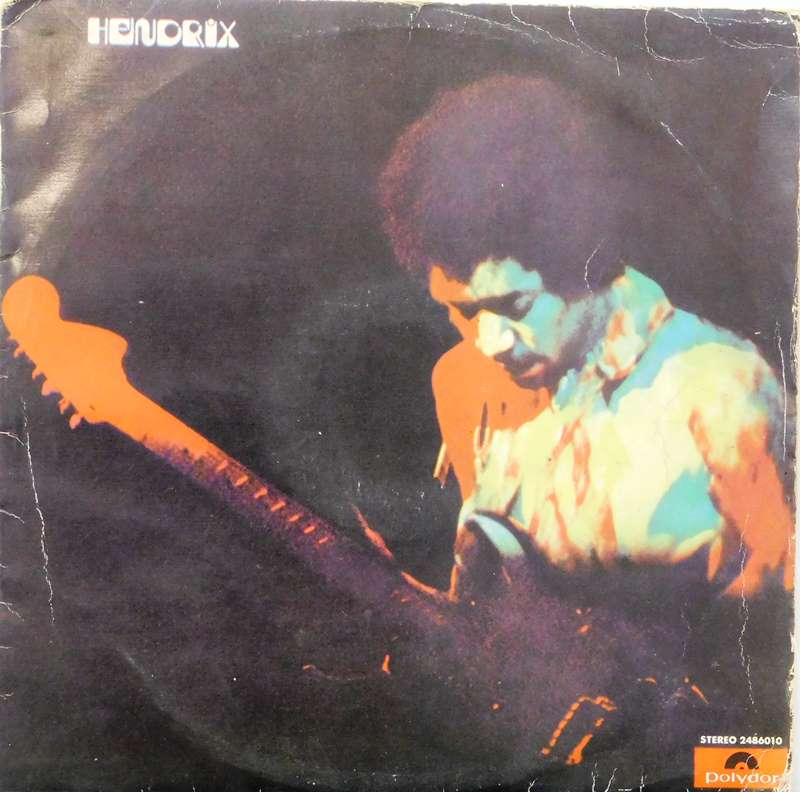 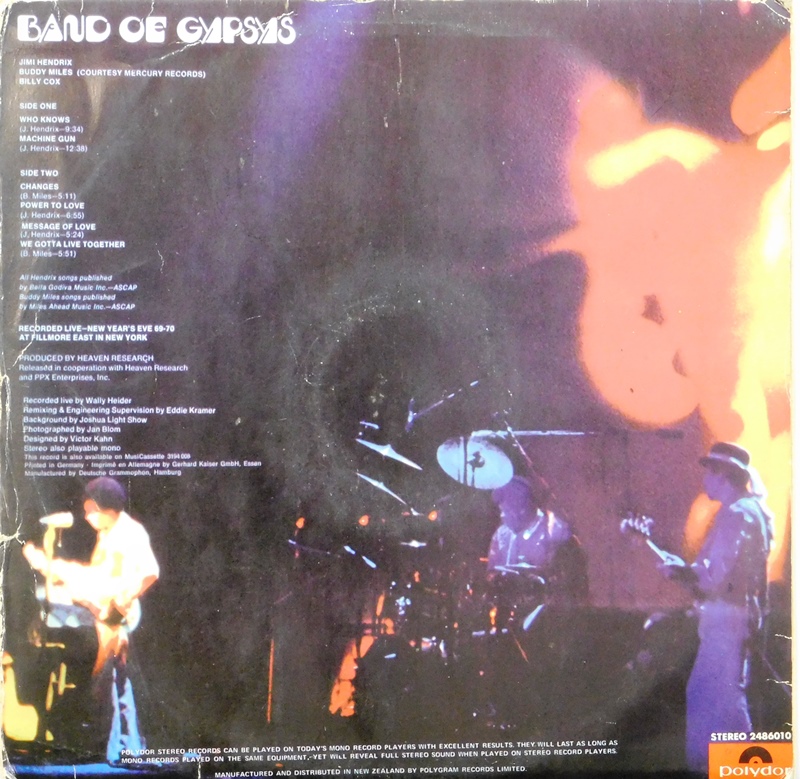 Good vinyl with minor marks housed in a cover having shelf wear .

Band of Gypsys is a live album by Jimi Hendrix and the first without his original group, the Jimi Hendrix Experience. It was recorded on January 1, 1970, at the Fillmore East in New York City with Billy Cox on bass and Buddy Miles on drums, frequently referred to as the Band of Gypsys. The album mixes funk and rhythm and blues elements with hard rock and jamming, an approach which later became the basis of funk rock. It contains previously unreleased songs and was the last full-length Hendrix album released before his death.

After his appearance at Woodstock with an interim group that included Cox, Hendrix began developing new songs and recording demos. When Miles became involved, he and Cox agreed to record a live album with Hendrix to be used to settle a contract dispute with a former manager. The new material, influenced by Cox's and Miles' musical approaches, signals a new direction for Hendrix. Songs such as "Power of Soul" and "Message to Love" (originally "Power to Love" and "Message of Love")[a] still maintain the dominant role of Hendrix's guitar, but show funk and R&B influences. Lyrically, they also explore new, more humanistic themes for Hendrix. The two numbers written and sung by Miles bear the stylings of soul music. The anti-riot/anti-war "Machine Gun", draws on Hendrix's earlier blues aspirations, but incorporates new approaches to guitar improvisation and tonal effects.

As the album's producer, Hendrix had a difficult time completing the task.  Presented with the sometimes problematic recordings and resigned to turning it over to a different record company, Hendrix expressed his dissatisfaction with the final product.  Shortly after its release, Band of Gypsys reached the top ten of the album charts in the US and UK as well as appearing in charts in several other countries.  Although it was as popular as his albums with the Experience, it received mixed reviews.  Some faulted the performances as tentative and underprepared; additionally, Miles' contributions on drums and vocals have been characterized as plodding and obtrusive.  However, "Machine Gun" is generally regarded as the album's highlight and one of Hendrix's greatest achievements.  The influence of Band of Gypsys is heard in the funk rock developments of the 1970s and has been cited as an inspiration by various later rock musicians. Reissues of the album on compact disc included three extra songs recorded during the Fillmore East shows, and additional material has been released on later albums.