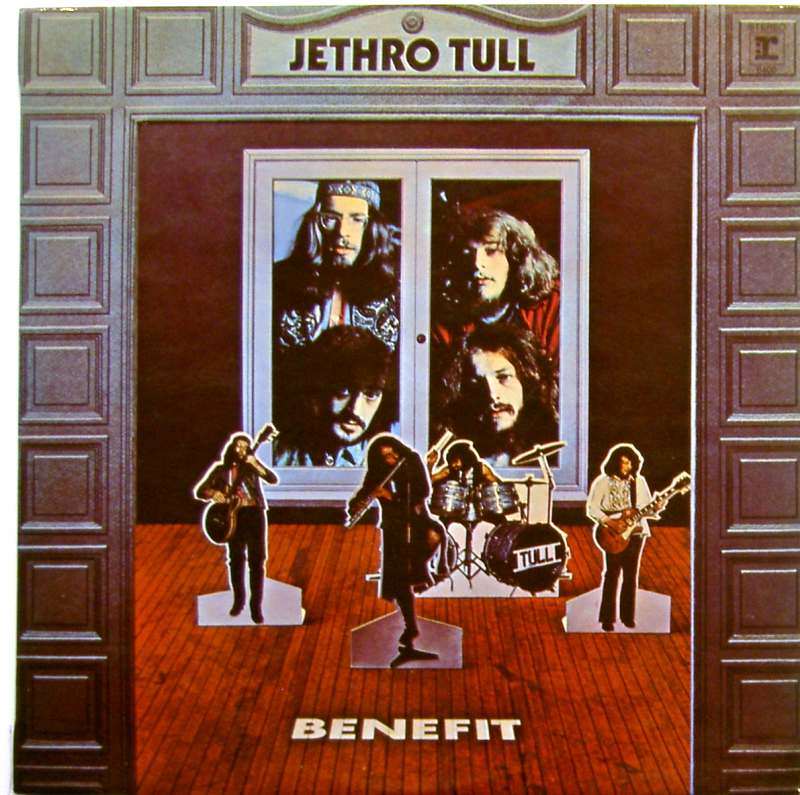 Benefit is the third album by the British rock band Jethro Tull, released in April 1970. It was the first Tull album to include pianist and organist John Evan – though he was not yet a permanent member of the group – and the last to include bass guitarist Glenn Cornick. It was recorded at the same studio of the previous album, but the band experimented with more advanced recording techniques.[1]

Singer Ian Anderson said that Benefit is a much darker album than the 1969 predecessor, Stand Up, owing to the pressures of an extensive U.S. tour and frustration with the music business.[2]