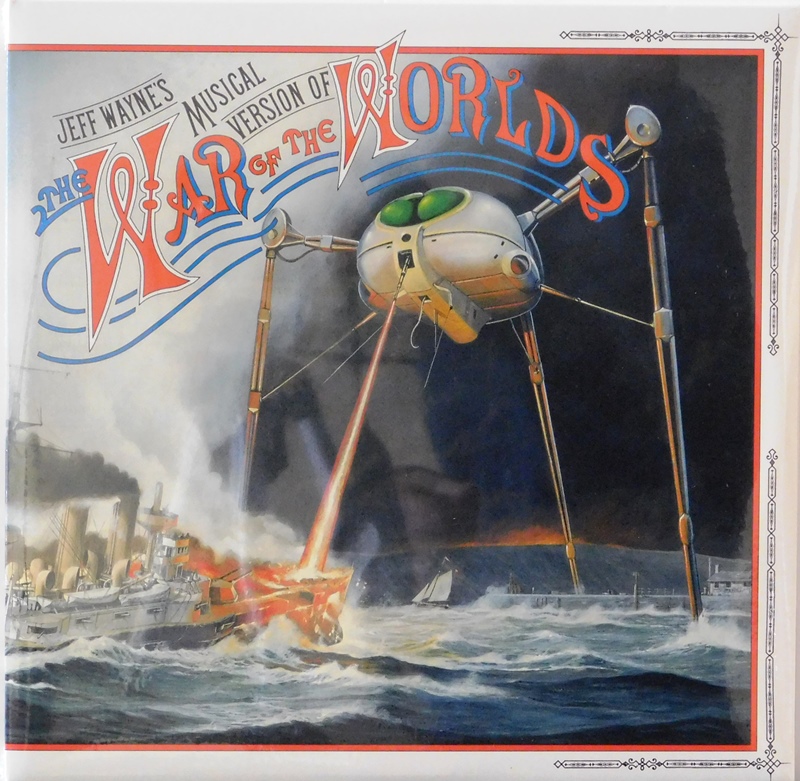 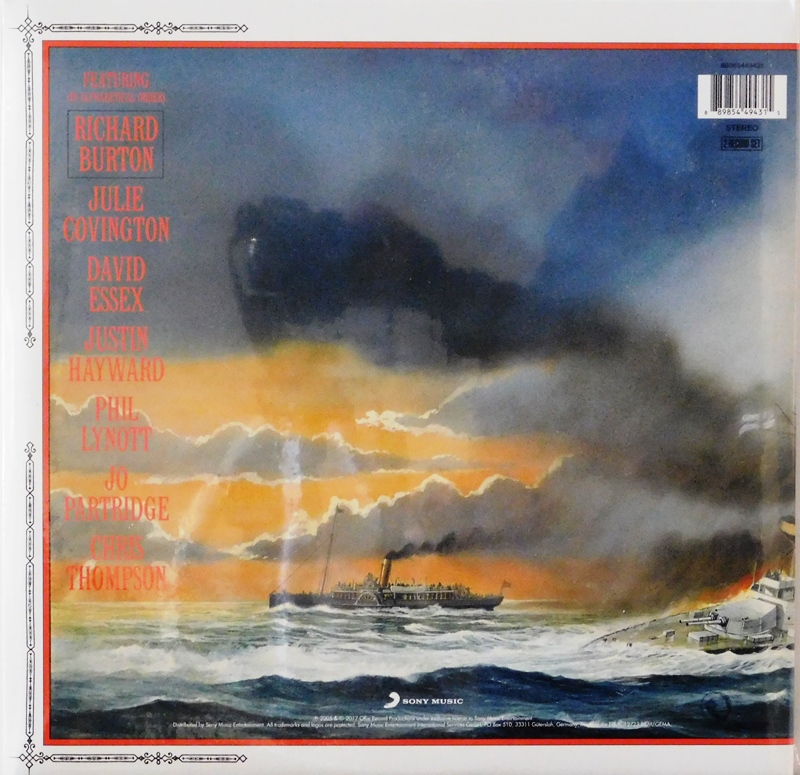 Jeff Wayne's Musical Version Of The War Of The Worlds

Jeff Wayne's Musical Version of The War of the Worlds is the debut album by Jeff Wayne, retelling the story of The War of the Worlds by H. G. Wells.[1] It was released in the UK on 9 June 1978. A concept album and a rock opera,[4][2] its main format is progressive rock and string orchestra, using narration and leitmotifs to carry the story and rhyming melodic lyrics that express the feelings of the various characters. The two-disc album remains a bestseller, having sold 15 million copies worldwide.[2] In 2018, it was named the 32nd best-selling studio album of all time in the UK.[5] It has spawned multiple versions including video games, DVDs, and live tours.

The album consists of two discs, which correspond roughly to the two "books" of Wells' novel.

Part 1: The Coming of the Martians

In a prologue, the Journalist notes that in the late 19th century few people had even considered the possible existence of extraterrestrial life, and yet, planet Earth had in fact long been enviously observed by advanced beings.

The Journalist's account begins with the sighting of several bursts of green gas which, for ten consecutive nights, erupt from the surface of Mars and appear to approach Earth. Ogilvy, an astronomer convinced that no life could exist on Mars, assures the Journalist there is no danger. Eventually something crashes onto Horsell Common, and in the resulting crater Ogilvy discovers a glowing cylinder, the top of which begins to unscrew. When this lid falls off, a Martian creature emerges. By now a crowd has gathered on the common, and when a group of inquisitive men approach the cylinder they are incinerated by the Heat-Ray—an advanced Martian weapon. The Journalist flees with the crowd. Later, hammering sounds are heard from the pit. A company of soldiers is deployed at the common, and that evening an injured and exhausted Artilleryman wanders into the Journalist's house and tells him his comrades have been killed by fighting machines—tripod vehicles built and controlled by Martians, each armed with its own Heat-Ray. They set off for London—the Journalist to ensure his lover Carrie is safe, the Artilleryman to report to headquarters—but are soon caught in crossfire between soldiers and Martians and separated. Three days later the Journalist arrives at Carrie's house but finds it empty. He resolves to escape London by boat and later catches sight of Carrie aboard a steamer, but the gangplank is raised before he can join her. Fighting machines then approach, threatening the steamer, but they are engaged by the Royal Navy battleship Thunder Child and two are destroyed. The steamer escapes, but Thunder Child and her crew are melted by heat-rays, leaving England defenceless against the invasion.

Part 2: The Earth Under the Martians

The wandering Journalist discovers that red weed—the vegetation that gives Mars its colour—has taken root on Earth and spread rapidly across the landscape. In a churchyard he encounters the Parson Nathaniel and his wife Beth. The trio take refuge in a nearby cottage that is soon surrounded by black smoke—a Martian chemical weapon. Nathaniel, driven mad by his experiences, blames himself for the invasion and believes the invaders are demons arising from human evil. As Beth attempts to restore his faith in humanity, a Martian cylinder crashes into the cottage and she is buried under the rubble. The newly arrived Martians construct a handling machine: a squat, spider-like vehicle used to capture and collect humans. After nine days hiding in the ruins, the Journalist and Nathaniel see the Martians 'eating'—harvesting human blood and injecting it into their own veins. Nathaniel resolves to confront the 'demons', believing that he has been chosen to destroy them with his prayers and holy cross. The Journalist knocks him unconscious to silence his ravings, but the Martians are already alerted. A mechanical claw explores the cottage and drags Nathaniel away. Eventually the Martians abandon their camp and the Journalist continues his journey to London. He again encounters the Artilleryman, who is planning a subterranean utopia that would allow humans to evade the Martians and ultimately strike back with reverse-engineered fighting machines. The Journalist, however, realising the Artilleryman's ambitions far exceed his abilities, soon leaves. Upon reaching London he finds it desolate and empty. Driven to suicide by intense despair and loneliness, he surrenders to a fighting machine but realises it is inert, the Martian inside dead.

In his epilogue, the Journalist reports that the Martians were defeated by Earth's bacteria—to which they had no resistance—and that, as humanity recovered from the invasion, he was reunited with Carrie. But, he says, the question remains: is Earth now safe, or are the Martians learning from their failures and preparing a second invasion?

In a second epilogue set in the near future, a NASA mission to Mars flounders when the control centre loses contact with the craft. The controller sees a green flare erupt from Mars's surface. The controller tries to contact NASA, but all communication seems to have been blocked. This leaves a question mark of what's going to happen and the fate of earth.