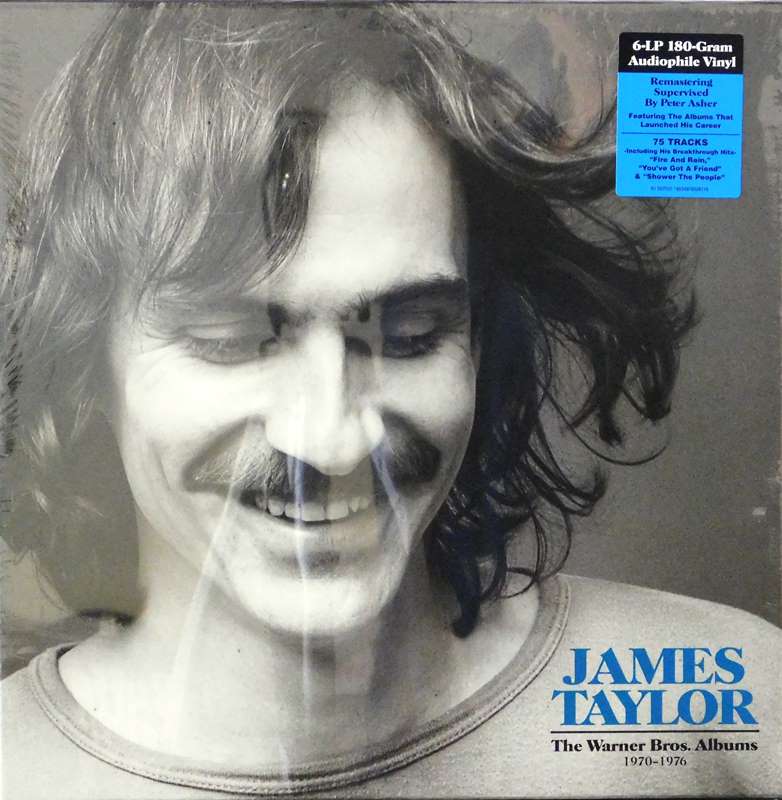 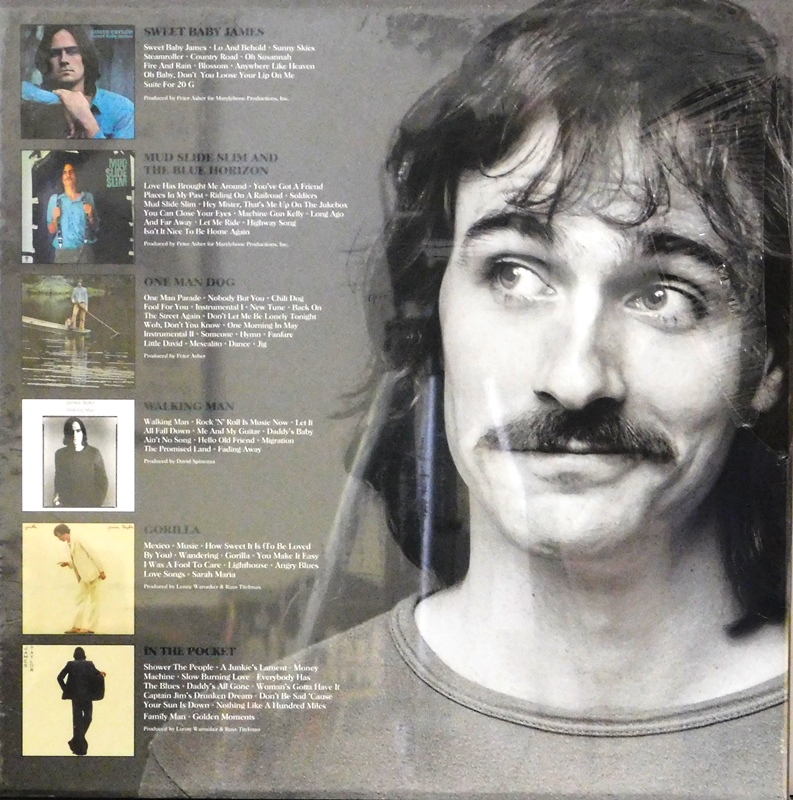 Originally signed to Apple for his 1968 debut, Taylor switched to Warners for the 1970 follow-up Sweet Baby James, which was a huge success reaching number three in the Billboard charts, nominated for a Grammy and has sold in excess of three million copies in the US alone making him quite the handsome acoustic troubadour, with records that became the foundation for his garlanded career that includes five Grammy Awards, induction into the Songwriters and Rock and Roll Halls of Fame, and more than 100 million records sold worldwide.

Further success came with the single, Carole King’s ‘You’ve Got A Friend’ (his first number one single and earned him his first Grammy Award (Best Male Pop Vocal) in 1971), featuring on 1971’s Mud Slide Slim and the Blue Horizon. While One Man Dog and Walking Man didn’t quite do the same business, sixth album Gorilla fared better due to the singles ‘Mexico’ and his cover of ‘How Sweet It Is (To Be Loved By You)’, while In the Pocket features the likes of his then-wife Carly Simon, Stevie Wonder, Art Garfunkel, David Crosby, Linda Ronstadt and Bonnie Raitt all helping out.

The Complete Warner Bros. Albums: 1970–1976 comes as both a 6CD and 6LP vinyl box set. This collection brings several albums back into print on vinyl for the first time in many years.

Each album in the set has been remastered, a process overseen by Peter Asher, who signed Taylor to the Beatles’ Apple Records label in 1968, worked as his manager for 25 years, and originally produced several of these albums