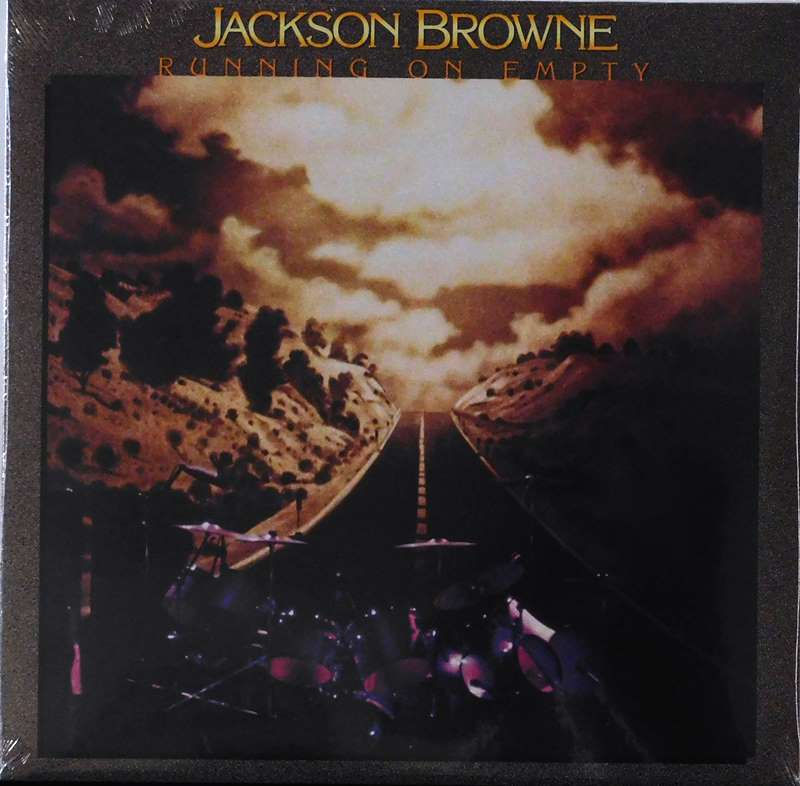 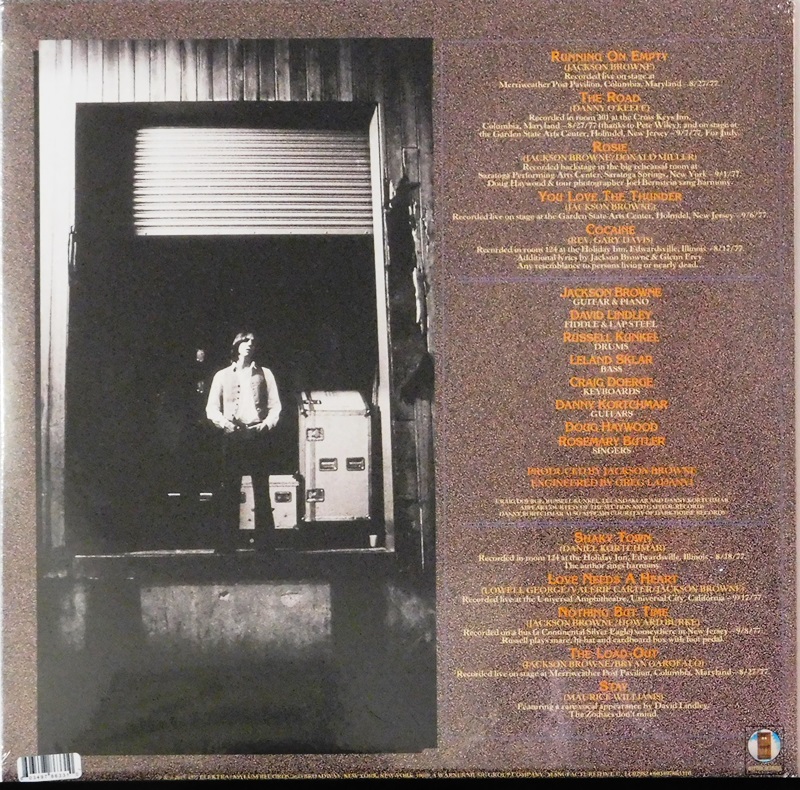 Running on Empty is the fifth album by American singer-songwriter Jackson Browne.  Featuring songs themed around life on the road, the entire album was recorded on tour, either live on stage, or in locations associated with touring, such as backstage, on tour busses, or in hotel rooms.  Released in 1977, the album reached #3 on the Billboard Pop Albums chart in 1978 and stayed on the charts for 65 weeks. The single for the title track, "Running on Empty", peaked at #11 and the follow-up single, "The Load-Out"/"Stay", reached #20 on the Billboard Pop Singles chart.

The album received two Grammy Award nominations in 1979: one for Album of the Year and the other for Pop Male Vocal Performance for the song "Running on Empty".[