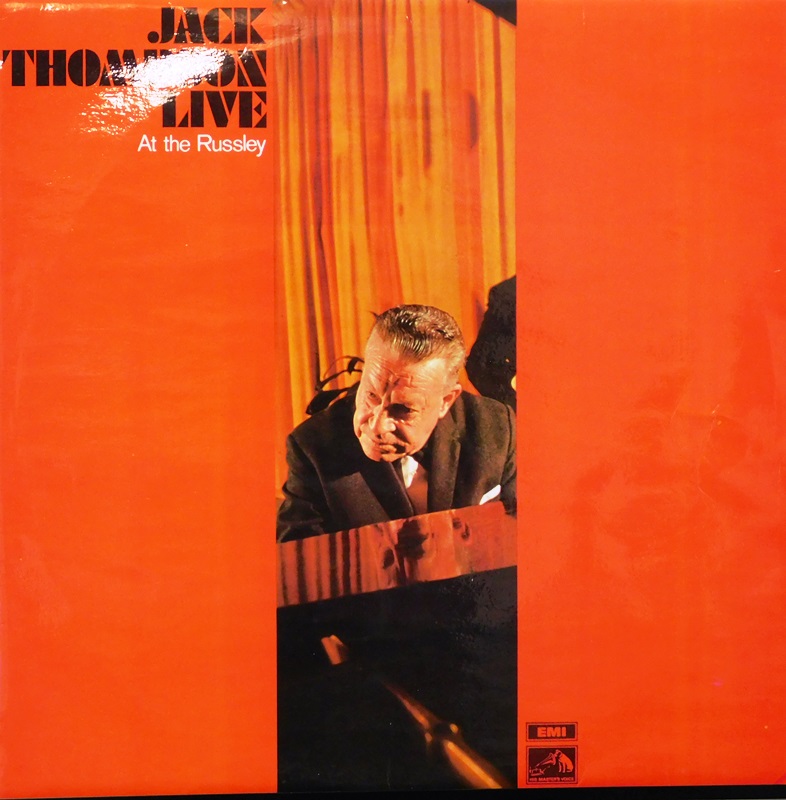 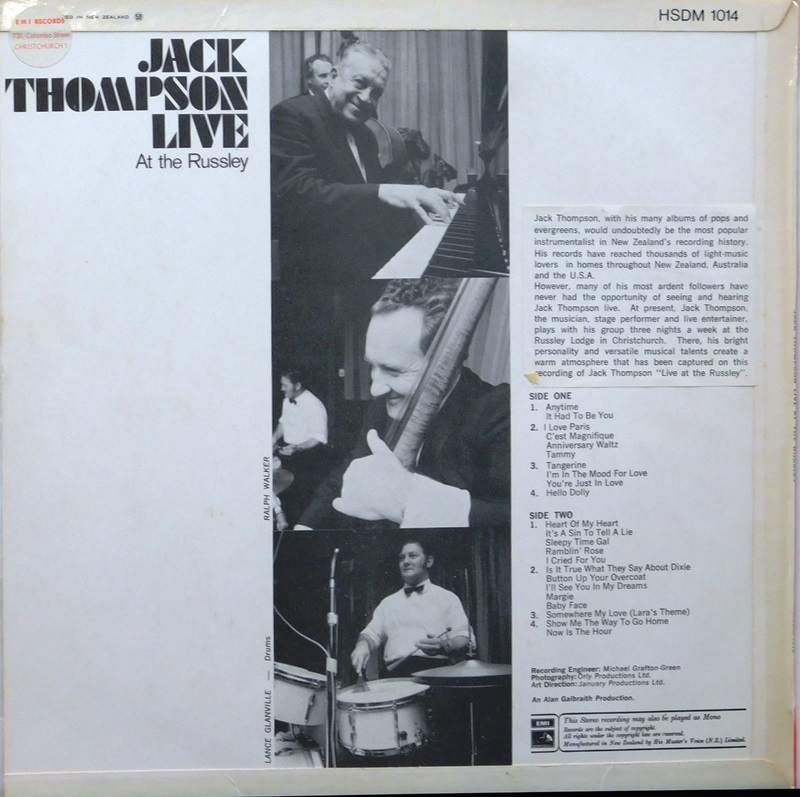 Jack Thompson Live At The Russley

You hum it, Jack Thompson could play it. He wore his experience on his face, which had seen countless late nights. Thompson, a show-tune pianist who tickled the ivories in dance halls, leading cabaret bands, and department store windows, was one of the biggest-selling recording artists in New Zealand and Australia.

In a honky-tonk style he played “evergreens”, jazz standards, hits from musicals and the latest films – anything that could be remade into a parlour singalong. His natural habitat would have been at the upright in the Rover’s Return, a fag in his mouth and a pint of bitter staining the varnish. Instead, that was the scene at HMV’s studio in Lower Hutt, when he cranked out his albums. In the 1960s and early 1970s he made at least 24 albums for HMV, sometimes three in a year.