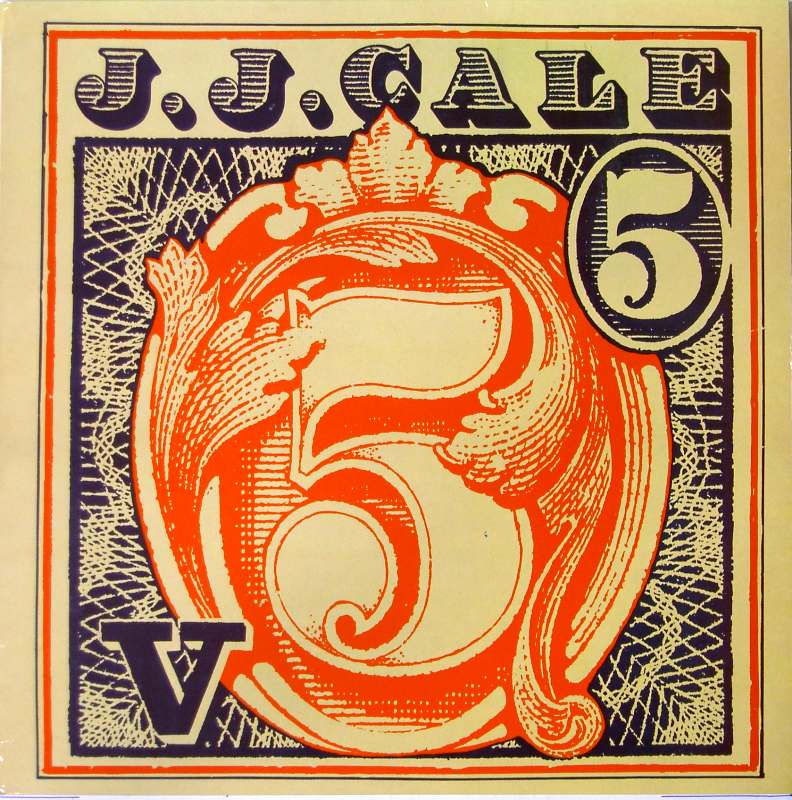 5 is the fifth album by JJ Cale. Released in 1979, it was his first album for three years. Most of the tracks were recorded and mixed at The Lakehouse, Old Hickory, Tennessee. When the album was re-issued on CD, for unknown reasons "Katy Kool Lady" was replaced by a new song, though it was still listed as the former on the CD. This song was later included on the 2007 album Rewind: The Unreleased Recordings under the name of "Out of Style".[1][2][3][4][5]

5 marks the first appearance of Christine Lakeland on a J.J. Cale album, a singer and musician who would play a significant role in Cale's music in the years ahead. In the 2004 documentary To Tulsa and Back she recalls, "We met backstage at a prison benefit..It was a concert of B.B. King and Waylon Jennings. I liked both of them and I'd just come off the road and he was backstage at this prison benefit as well. I like to tell people that we'd just gotten out." Lakeland was herself an accomplished songwriter and guitarist and blended in with many of the top-shelf musicians that Cale often played with.

5 displays a new unity of sound and a thematic flow that almost makes the LP sound like a concept album. Cale's sound had already become very influential, with William Ruhlmann noting in his AllMusic review of the album, "Listened to today, it sounds so much like a Dire Straits album, it's scary." In an 2004 interview with Frank Goodman of Puremusic.com, a typically modest Cale speculated, "Mark Knopfler didn't cut any of my songs, but I think he listened to a couple of my early albums and he got that groove. What I do is not what I really call rock 'n' roll. Dire Straits, that was some kind of European thing, and I guess I had a little of that influence on him - very little." Another British musician who emulated Cale was Eric Clapton, who had scored two massive hits with the Cale compositions "After Midnight" on his eponymous debut album in 1970 and "Cocaine" on his Slowhand LP in 1977. Clapton would record "I'll Make Love to You Anytime" for his 1978 solo album Backless - one year before Cale cut it on 5. The most well-known song from the album is probably "Don't Cry Sister," which Cale recorded with Clapton for their collaborative effort The Road to Escondido which went on to become a global Platinum-selling release. While the publications Paste,[6] All About Jazz[7] and Glide Magazine[8] highly praised the new interpretation of the song, Twisted Ear called the version "terrible".[9] A live version of their recording appered in 2016 on the album Live in San Diego. From 1984 until 2004, the song appeared on the compilation albums Special Edition (1984, Island), Best of J. J. Cale (1993, Island), Anyway the Wind Blows: The Anthology (1997, Island), The Definitive Collection (1998, Island), Classic J.J. Cale: The Universal Masters Collection (1999, Universal), 20th Century Masters – The Millennium Collection: The Best of J.J. Cale (2002, Universal), Singers And Songwriters: Pure & Simple (2003, Time) and The Ultimate Collection (2004, Universal).[10]

"Katy Kool Lady was released as a single with the non-album track "Jaurez Blues" as the b-side.