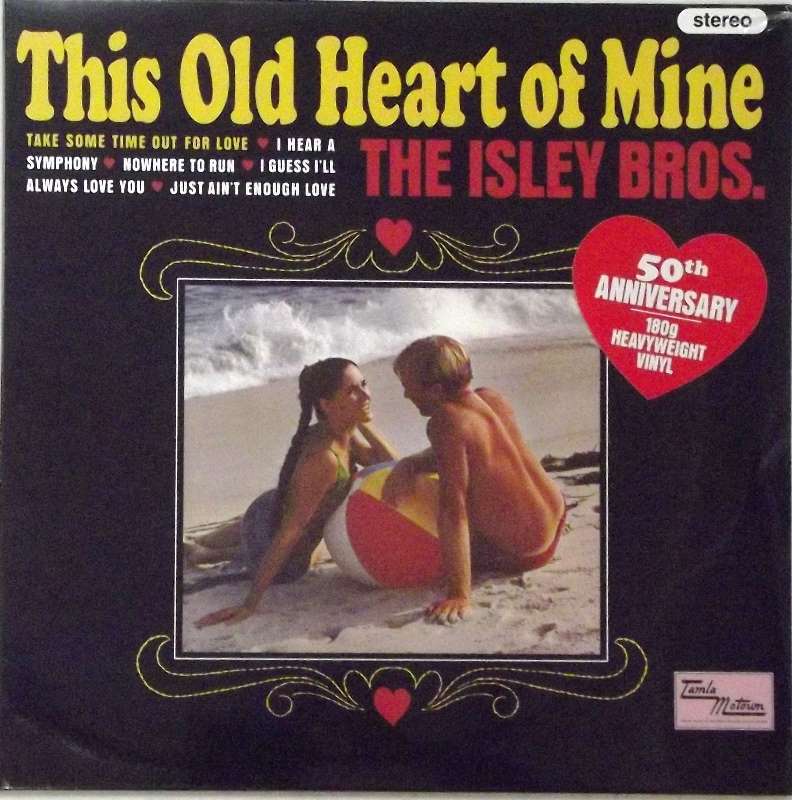 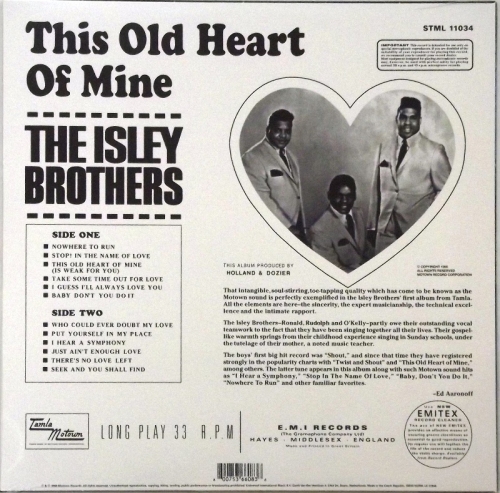 This Old Heart Of Mine

Brand new sealed 180 gram album. Made in the Czech Republic.

This Old Heart of Mine is the fourth album released by The Isley Brothers in 1966, on the Tamla (Motown) label. The album, their first with the seminal Detroit-based music label, yielded the Isleys' biggest hit in their early period with the title track. Other charted singles including "Take Some Time Out for Love" and "I Guess I'll Always Love You". The album's cover was not controversial at the time, but was criticized years later by activists because it did not depict the three African American brothers, instead using a picture of two white teenage lovers on a beach. Defenders say this was/is totally irrelevant since it was an artistic choice only. The Isley Brothers are today considered another one of the seminal soul groups of their era.

Despite the early success of their Motown debut, the Isley Brothers would be alienated from the label because it treated them as a second-string group. They soon left for Buddah Records and reforming their own T-Neck label in 1969, finding long-lasting success soon afterwards.