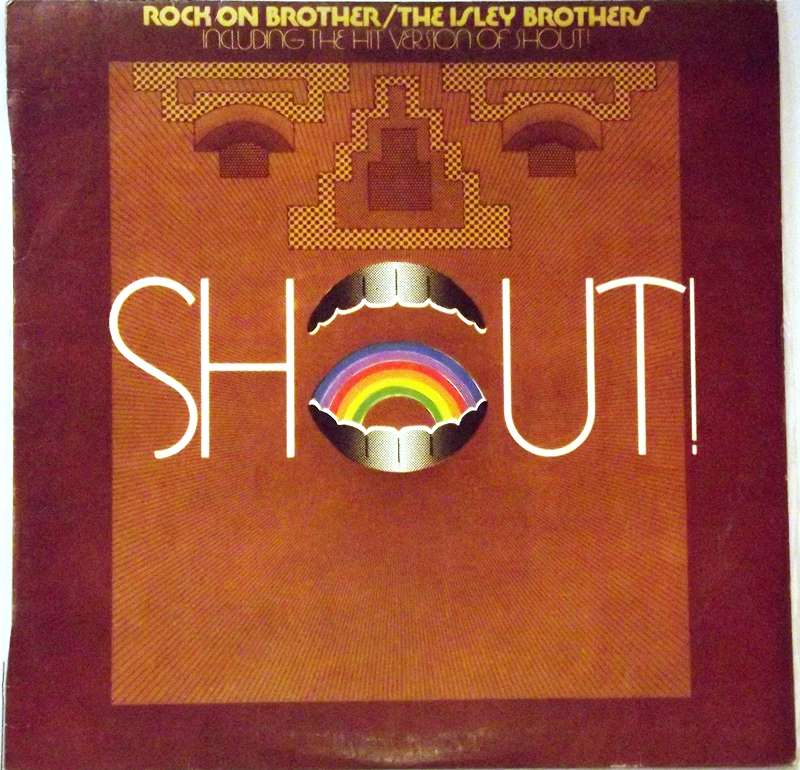 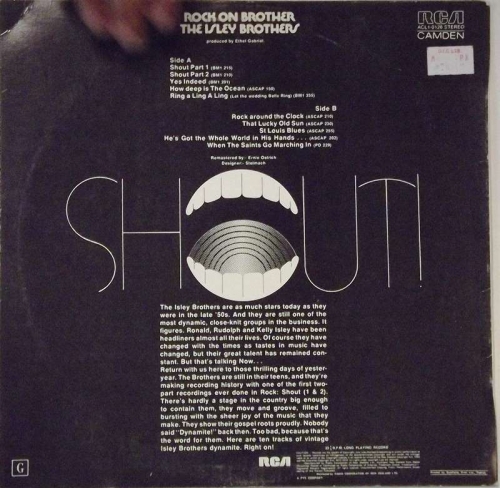 A nice clean package both vinyl and cover in very good condition.

The Isley Brothers (/ˈaɪzliː/) are an American musical group originally from Cincinnati, Ohio, originally a vocal trio consisting of brothers O'Kelly Isley, Jr., Rudolph Isley and Ronald Isley.[2][3][4][5][6] The group has been cited as having enjoyed one of the "longest, most influential, and most diverse careers in the pantheon of popular music".[7]

Alongside a fourth brother, Vernon, the group originally performed gospel music until Vernon's death a few years after its original formation. After moving to the New York City area in the late 1950s, the group had modest chart successes during their early years, first coming to prominence in 1959 with their fourth single, "Shout", written by the three brothers. Initially a modest charted single, the song eventually sold over a million copies. Afterwards the group recorded modestly successful works for a variety of labels, including the top 20 single, "Twist and Shout" and the Motown single, "This Old Heart of Mine (Is Weak for You)" before recording and issuing the Grammy Award-winning hit, "It's Your Thing" on their own label, T-Neck Records.

Initially influenced by gospel and doo-wop music, the group began experimenting with different musical styles incorporating elements of rock and funk music as well as pop balladry. The inclusion of younger brothers Ernie Isley (lead guitar, drums) and Marvin Isley (bass guitar), and Rudolph's brother-in-law Chris Jasper (keyboards, synthesizers) in 1973 turned the original vocal trio into a self-contained musical band. For the next full decade, the siblings recorded top-selling albums including The Heat Is On and Between the Sheets.

The six-member lineup of the band splintered in 1983, with Ernie, Marvin, and Chris Jasper forming the short-lived spinoff group Isley-Jasper-Isley. Eldest member O'Kelly died in 1986 and Rudolph and Ronald released a pair of albums as a duo before Rudolph retired for life in the Christian ministry in 1989. Ronald reformed the group two years later with Ernie and Marvin in 1991; five years later in 1996, Marvin Isley left the group due to complications with diabetes. The remaining duo of Ronald and Ernie would accomplish mainstream success with the albums Eternal (2001) and Body Kiss (2003), with the former album spawning the top twenty hit, "Contagious". As of 2016[update], the Isley Brothers continue to perform under the lineup of Ronald and Ernie.

Throughout their career, the Isley Brothers have had four Top 10 singles on the United States Billboard chart. Sixteen of their albums charted in the Top 40. Thirteen of those albums have been either certified gold, platinum or multi-platinum by the RIAA. The brothers have been honored by several musical institutions including being inducted to the Rock and Roll Hall of Fame in 1992.[8] Five years later, they were inducted to Hollywood's Rockwalk and in 2003, were inducted to the Vocal Group Hall of Fame.