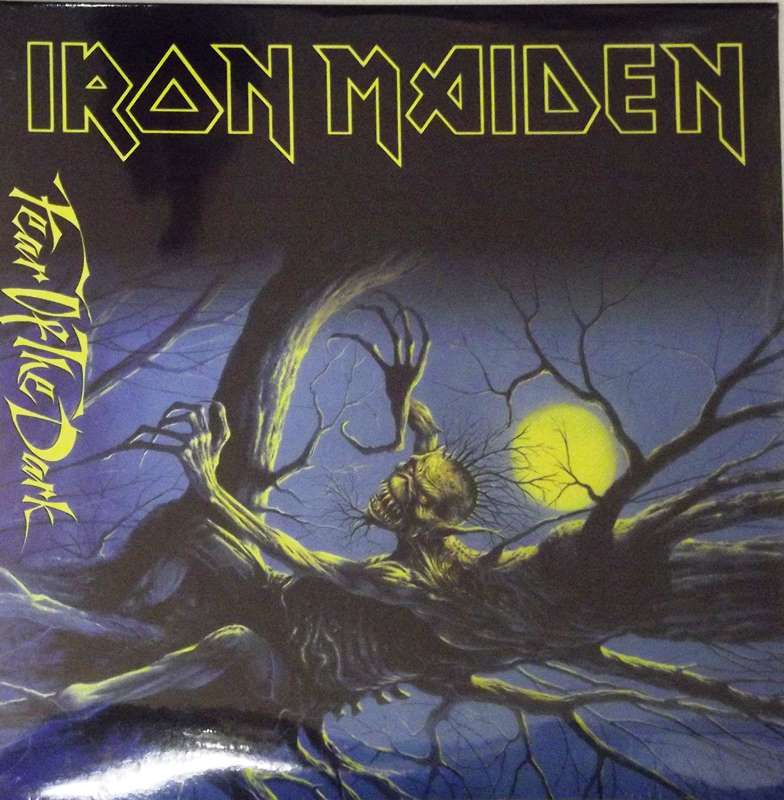 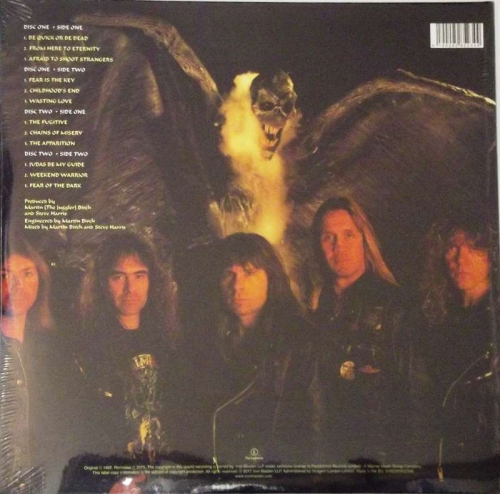 Fear Of The Dark

Sealed brand new , double LP, Album, Reissue, Remastered with a gatefold cover made in the EU.

Fear of the Dark is the ninth studio album released by English heavy metal band Iron Maiden. Originally released on 11 May 1992, it was their third studio release to top the UK albums chart and the last to feature Bruce Dickinson as the group's lead vocalist until his return in 1999.

It was also the first album to be produced by bassist and band founder Steve Harris, and the last to feature the work of producer Martin Birch (who retired after its release).

After recording its predecessor (1990's No Prayer for the Dying) in a barn on Steve Harris' property with the Rolling Stones Mobile Studio, leading to negative results, for this album Harris had the building converted into a proper studio (christened "Barnyard").[2] Bruce Dickinson describes the results as "a slight improvement because Martin [Birch] came in and supervised the sound. But there were big limitations on that studio – simply because of its physical size, things like that. [It] actually ended up not too bad, but, you know, a little bit under par."[3]

At 57:58 minutes in length, Fear of the Dark was Iron Maiden's first double studio LP, as well as the longest album from Dickinson's first tenure in the band.

The album's musical style showed some experimentation with "Be Quick or Be Dead", a fast tempo song released as the album's first single,[4] and "Wasting Love", the group's first power ballad,[5] which dates back to Dickinson's first solo album, Tattooed Millionaire.[6] Both songs were Dickinson/Gers collaborations, which contrasted with Harris' "Afraid to Shoot Strangers", a political song from the point of view of a soldier in the Gulf War,[7] Dickinson would often introduce the song as an anti-war narrative.[8] "Fear is the Key" is about the fear in sexual relationships resulting from AIDS. The song was written around the time when the band learned about the death of Queen singer Freddie Mercury. Dickinson affirmed: "There's a line in 'Fear Is the Key' that goes: "nobody cares 'til somebody famous dies". And that's quite sadly true. [...] As long as the virus was confined to homosexuals or drug-addicts, nobody gave a shit. It's only when celebrities started to die that the masses began to feel concerned".[9] "Weekend Warrior" is about football hooliganism.[9]

"Be Quick or Be Dead", "From Here to Eternity" and "Wasting Love" were released as singles.

Fear of the Dark Tour was the tour supporting the album.