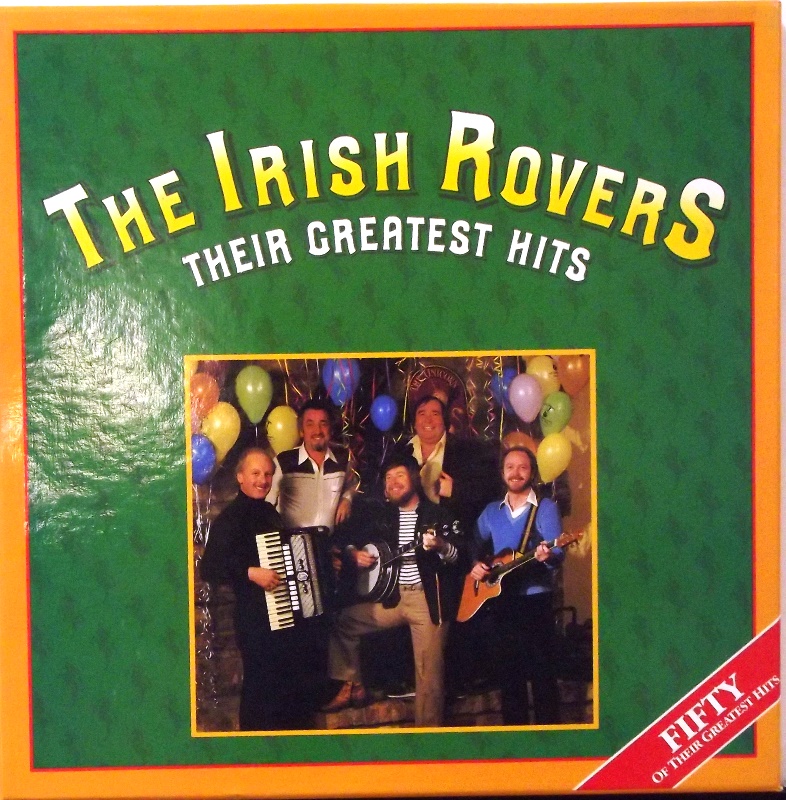 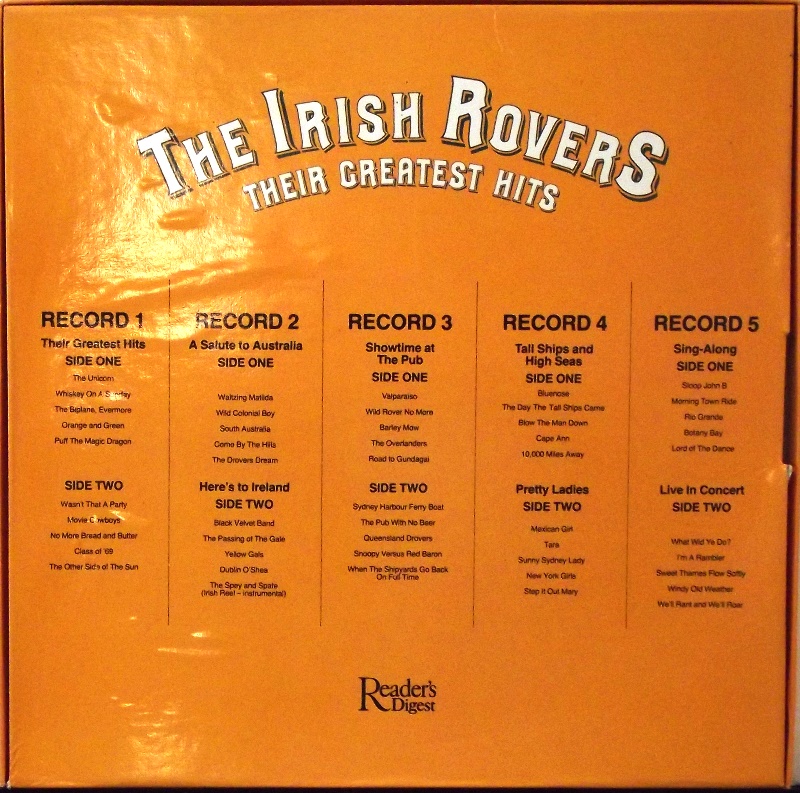 The Irish Rovers is a group of Irish musicians, half of whom now live in Canada. The Irish folk group created in 1963 and named after the traditional song "The Irish Rover" is best known for their international television series, contributing to the popularisation of Irish Music in North America, and for the songs "The Unicorn", "Drunken Sailor", "Wasn't That a Party", "The Orange and the Green", "Whiskey on a Sunday", "Lily the Pink" and "The Black Velvet Band".