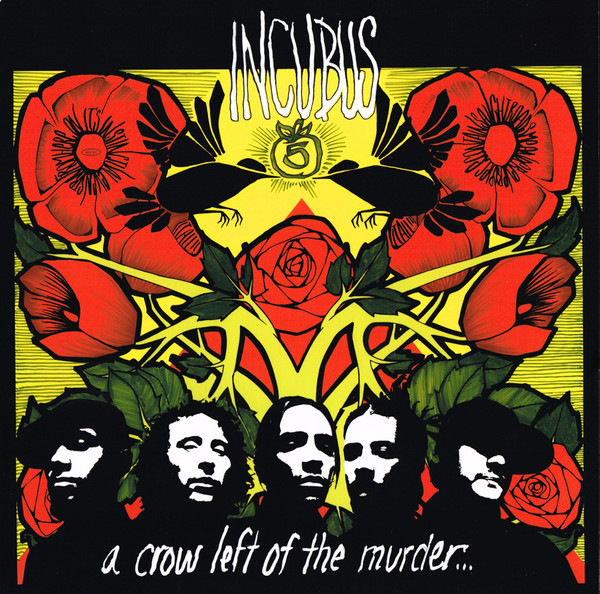 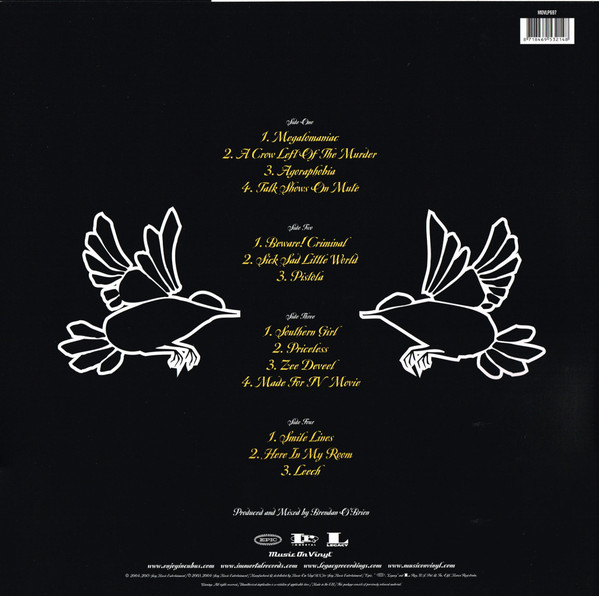 A Crow Left Of The Murder...

A Crow Left of the Murder... is the fifth studio album by the American rock band Incubus, released on February 3, 2004. The album marks the first appearance of bassist Ben Kenney, following the departure of founding member Dirk Lance.

The music of A Crow Left of the Murder... incorporates elements of art rock,[2] alternative metal,[4][3] jazz,[4] pop[1] and progressive rock.[4] The work of guitarist Mike Einziger takes equal prominence in focus to that of vocalist Brandon Boyd, in contrast to previous albums which focused more prominently on Boyd's vocalization.[5]

The singles from the album are "Megalomaniac" and "Talk Shows on Mute". "Agoraphobia" was released as a promo single. Early pressings of the album list track 12 "Smile Lines" as "Suite Lines" on the back cover. The Japanese pressing of the album comes with a bonus track, "Monuments & Melodies" which is also available on the Alive at Red Rocks bonus CD.