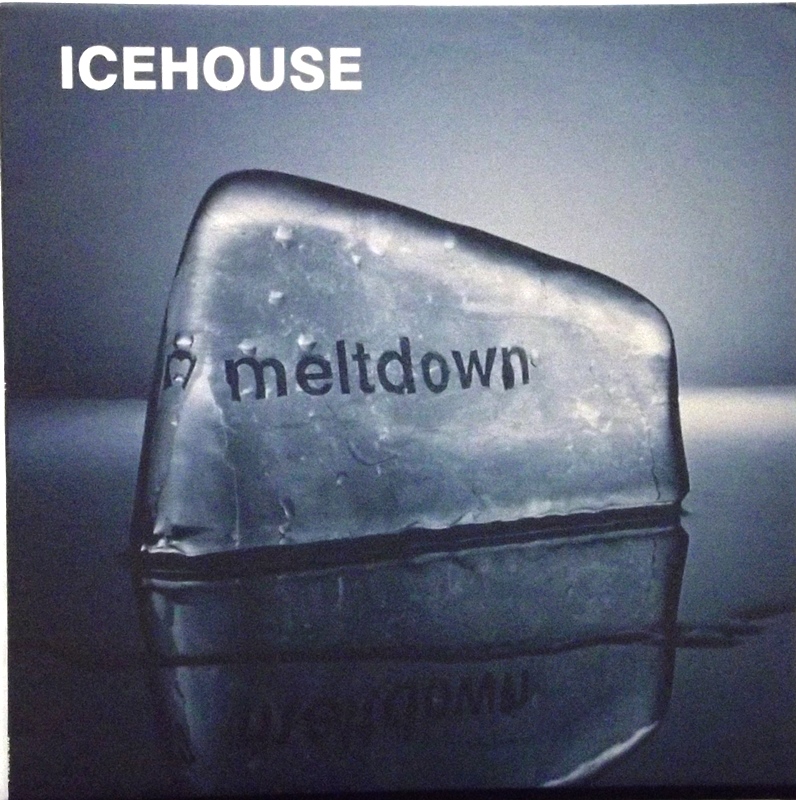 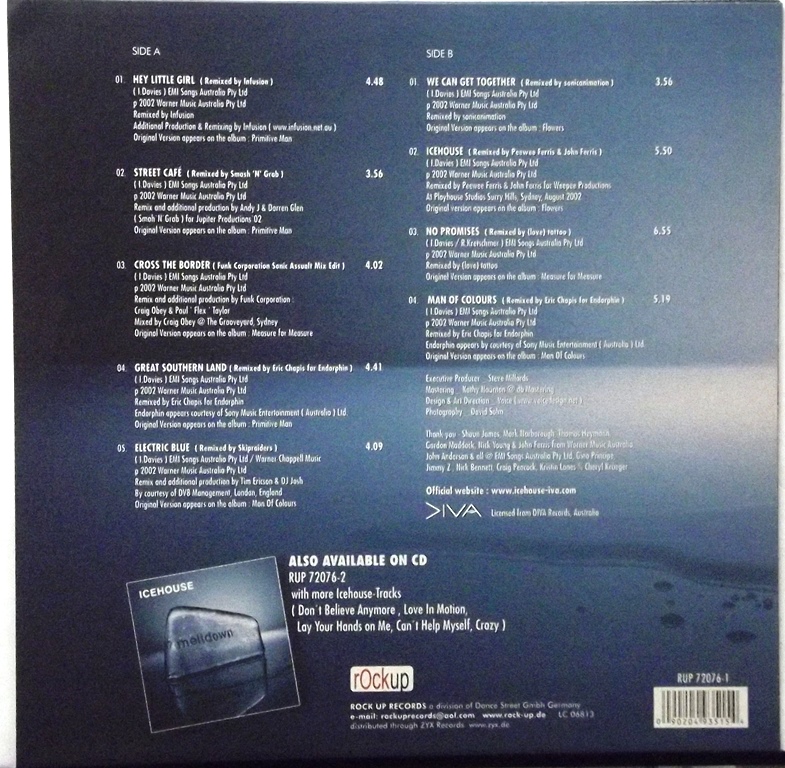 Meltdown is a remix album by Australian rock synthpop band, Icehouse with tracks remixed by Australian electronic musicians and bands including Infusion, sonicanimation and beXta.[2] It was released in October 2002 within Australia by dIVA Records (Icehouse founder Iva Davies' own label) under Warner Music Australia.[3] The single "Lay Your Hands on Me" (Icehouse Vs. Speed Of Light) peaked at #85 on the Australian singles chart.[4] The album was re-released, in 2004 by Rock Up label / Star Records,[5] as Street Cafe or more fully Street Cafe and Other Remixed Hits with a different track order and different cover art (see infobox below right).[5][6]