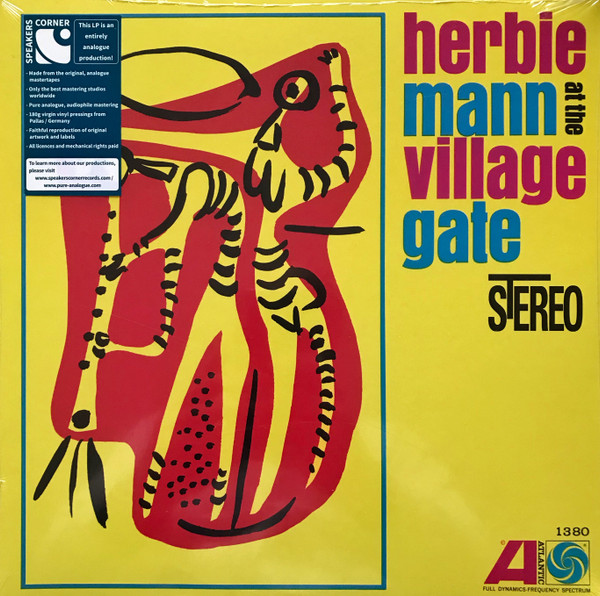 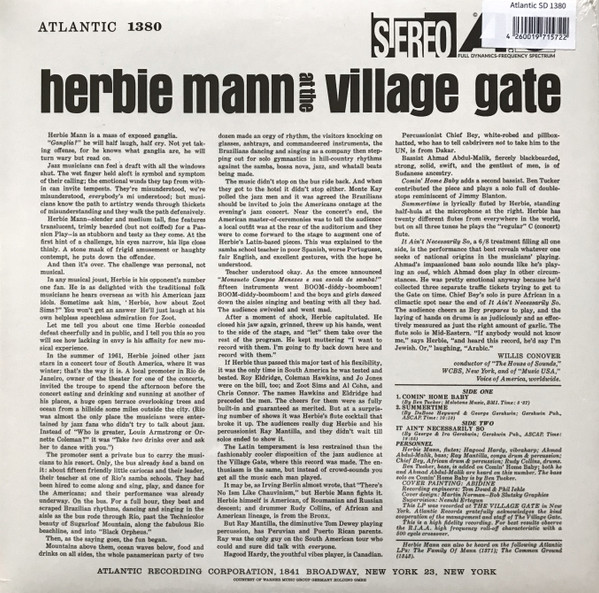 Herbie Mann At The Village Gate

Herbie Mann at the Village Gate is a 1961 live album by jazz flutist Herbie Mann which was his third album for Atlantic Records, the main label for much of his career. The album was recorded at legendary club The Village Gate.[1]

AllMusic awarded the album 4½ stars with its review stating "At the Village Gate is the album that first brought Herbie Mann to widespread popular attention, thanks to the inclusion of "Comin' Home Baby," which soon became one of the flautist's signature songs. By the time of the record's release in 1962, however, Mann had already been a bandleader for years, honing his pioneering blend of Afro-Cuban and Brazilian music with hard bop's funky structures just under the public radar. As a result, At the Village Gate sounds more like a summation than a beginning".[4]