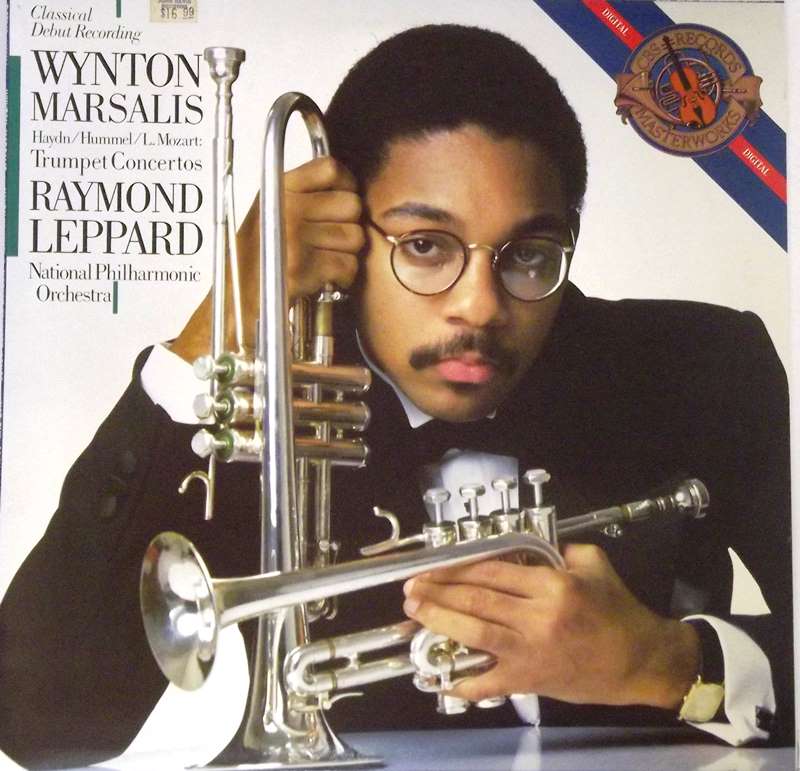 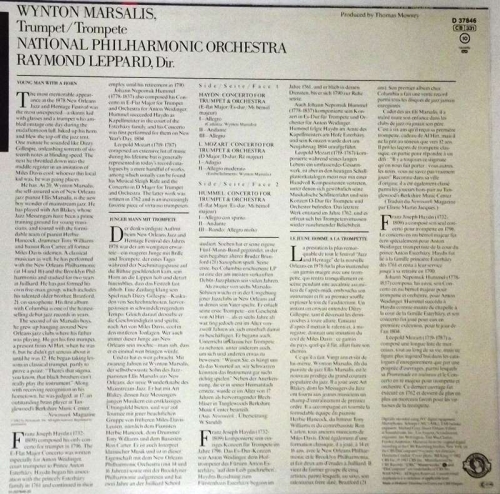 His first classical album having been released simultaneously with his second jazz album, Think of One, the 21-year-old Wynton Marsalis found himself in the position of being the most celebrated purveyor of both the classical and jazz repertoire since Benny Goodman. His debut takes him to the core of the small solo trumpet concerto repertoire with three pieces from the classical period by Haydn, Hummel, and Leopold Mozart, and thus, directly into competition with more experienced, full-time classical trumpeters. Technically, there is nothing wanting in Marsalis' playing; he pulls off the fanciest, most difficult figurations with hardly a care. His experience as an improviser is also an asset; he makes up his own marvelous cadenza in the first movement of the Haydn concerto, beginning with a pair of musical questions which he boldly proceeds to answer and continuing with other dialogues and wide leaps, all thoroughly within the classical style. Ain't no jazz here; Marsalis sticks commendably to his brief. If there is a fault with these performances, though, it is that Marsalis is often too academic and cautious, particularly in the slow movements, phrasing smoothly and evenly but without the imagination of other players. Raymond Leppard and the studio-bound National Philharmonic of London provide solid, lively, meticulously balanced, mostly brisk-paced orchestral support everywhere on the disc, which, on the strength of Marsalis' jazz notoriety, became a classical best-seller.