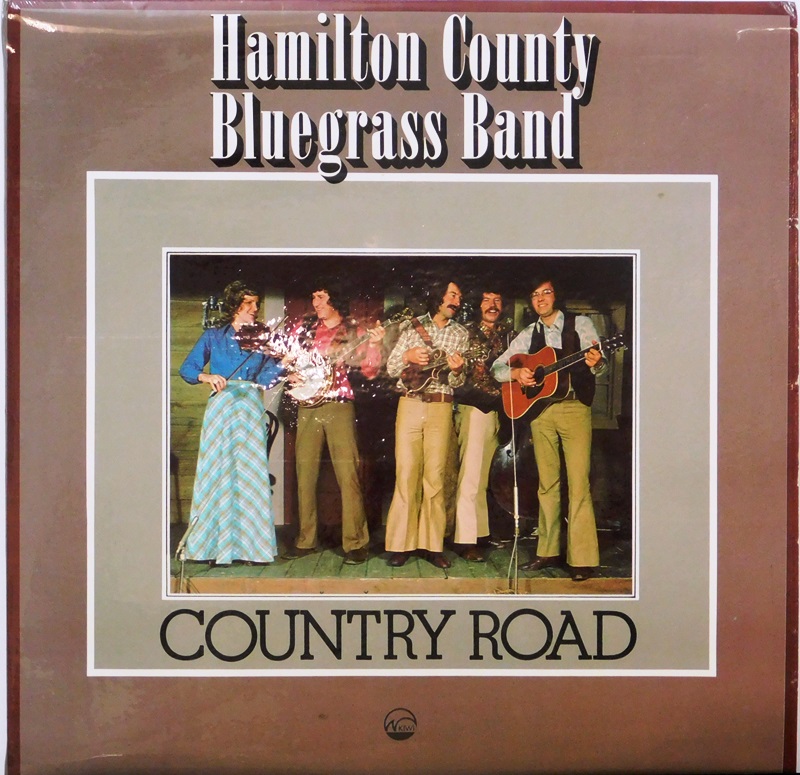 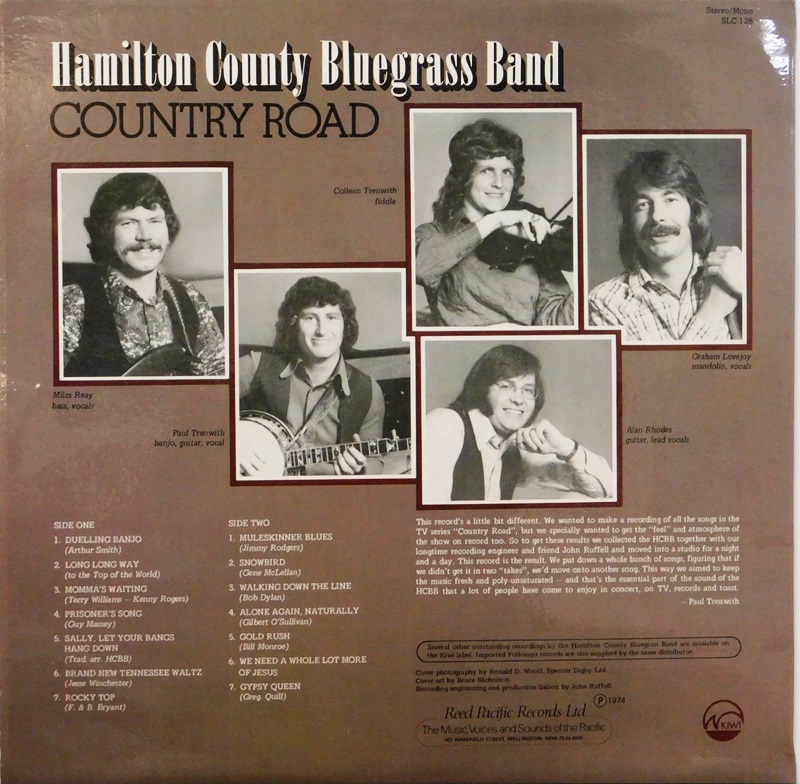 The Hamilton County Bluegrass Band became overnight stars in New Zealand as the resident band on the NZBC’s The Country Touch in the late 1960s. That show’s host Tex Morton lured them to Australia where they toured for two years with the massively popular Slim Dusty.

In the middle of their stay across the Tasman they travelled to Nashville and appeared on the Grand Ole Opry, and on their return to Sydney recorded the Kersbrook Cottage LP, still a touchstone of Australian bluegrass music.

Their early live appearances carried a hint of Goon Show humour, but there was no joking when it came to the close harmony singing and the music. Their sound was built upon the clear lead vocals of Alan Rhodes and the nimble mastery of banjo player Paul Trenwith and fiddler Colleen Bain, who would marry during the band’s heyday.

Novice four-string banjo picker Paul Trenwith met learner guitarist Alan Rhodes at Fairfield College, Hamilton, in 1962 and began practising the folk styling of The Kingston Trio and The Brothers Four. Trenwith noticed the groups utilised five-string banjo and when he left school at 18 he bought himself a five-string Framus.

The young men joined a local folk club and began playing with like-minded musicians. When The Beverly Hillbillies came to New Zealand television with Earl Scruggs’ banjo driving its ‘Ballad Of Jed Clampett’ theme song, Trenwith had found his calling.

Whenever he and Rhodes would perform their new bluegrass repertoire at the folk club, one young lady would boast about the guitar-playing skills of her boyfriend, Dave Calder, who was at Auckland University. One day in March 1966, he arrived in Hamilton with his guitar.

Although from the Waikato, Calder was studying at Auckland to become a teacher. Living at O’Rorke Hall, he would carry his guitar to the Uptown Gallery in Upper Queen Street, which was a quick walk to the Wynyard Tavern in Symonds Street where there were fantastic Sunday night folk concerts. Calder and university friend guitarist Len Cohen founded FolkSoc, the Auckland University Folk Music Society, and performed as a duo.

At the time Calder hitchhiked to Hamilton and met Paul Trenwith and Alan Rhodes, the pair had obtained a record by Missouri bluegrass band The Dillards. Calder was captivated by the mandolin playing of Dean Webb and was soon playing the instrument with his new friends as often as he could. The trio appeared as The Muleskinners at the 1966 Massey University Arts Festival.

Back in Auckland Calder introduced Len Cohen to the music of The Dillards and they hooked up with Canadian upright bass player Sandy McMillin, who was also at the university.

In September, a friend tipped Paul Trenwith off about Colleen Bain, a classical violinist who was studying a specialist music course at the Hamilton Teachers College. Bain adapted quickly to the bluegrass style, and with Trenwith and Calder’s natural aptitude on their instruments and Calder’s ability to arrange harmonies thanks to his early years in church choirs, an authentic-sounding bluegrass unit was born – Bain (fiddle), Trenwith (banjo), Calder (mandolin), Alan Rhodes (guitar), Len Cohen (guitar, mouth harp) and Sandy McMillin (upright bass).