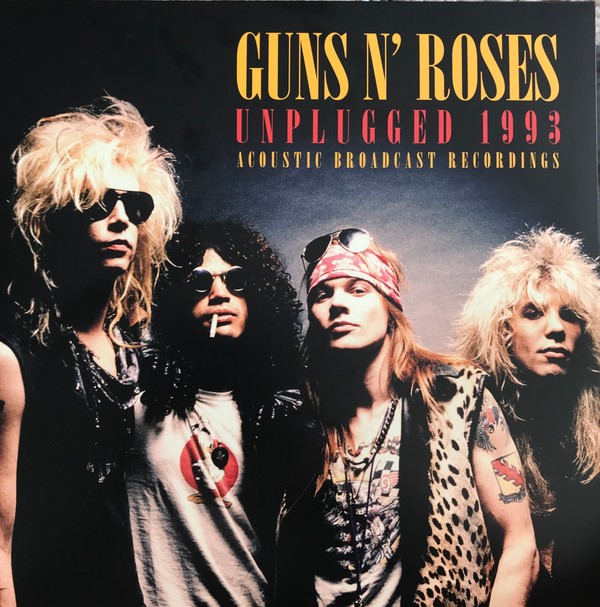 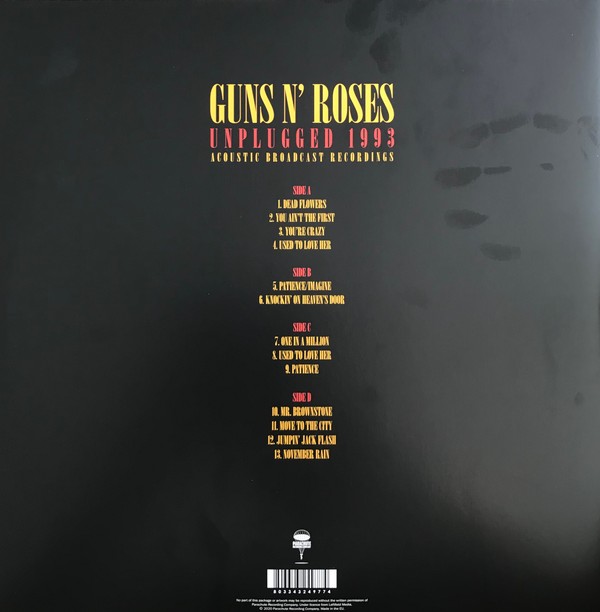 The thirty month Use Your Illusion Tour, Guns N’ Roses largest and most eventful tour, finally drew to a close in July 1993, with the band having played 194 shows across four continents to over seven million fans. Featuring many controversial incidents, these performances remain the stuff of legend, and many of these concerts are among the finest G & R ever played. Many dates on the final leg of this mammoth jaunt, through the early months of 1993, featured acoustic, “unplugged” spots, and a number of these were recorded for live FM broadcast across the United States. This LP compiles a superb selection of these rare recordings, offering a completely different take on many Guns N’ Roses classics, plus a fine selection of covers from the likes of The Rolling Stones, John Lennon and Bob Dylan.

Side A : Dead Flowers / You Ain't The First / You're Crazy / Used To Love Her
Side B : Patience/Imagine / Knockin' On Heaven's Door
Side C : One In A Million / Used To Love Her / Patience
Side D : Mr. Brownstone / Move To The City / Jumin' Jack Flash / November Rain