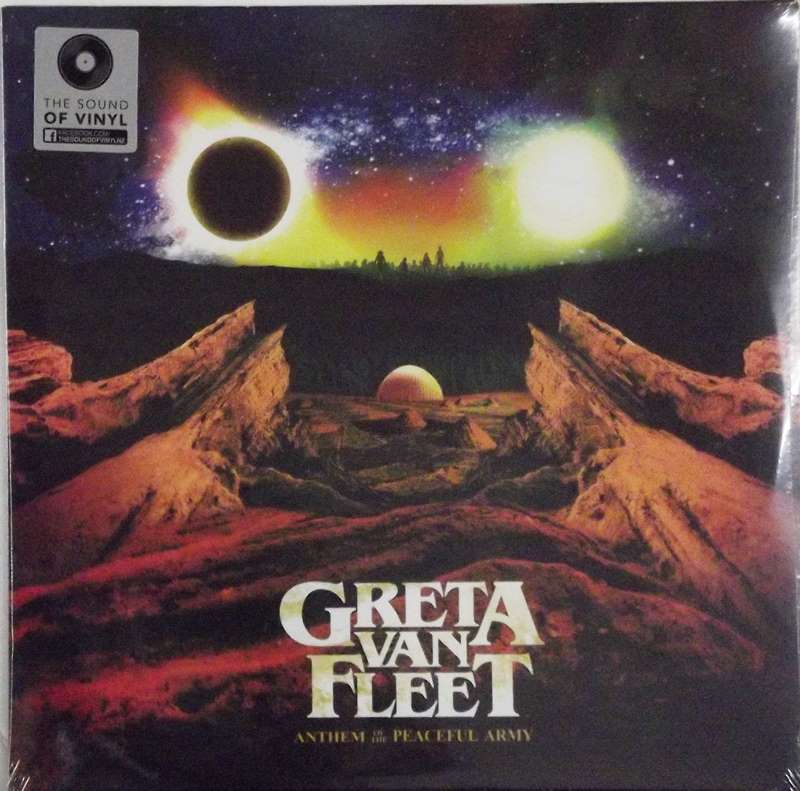 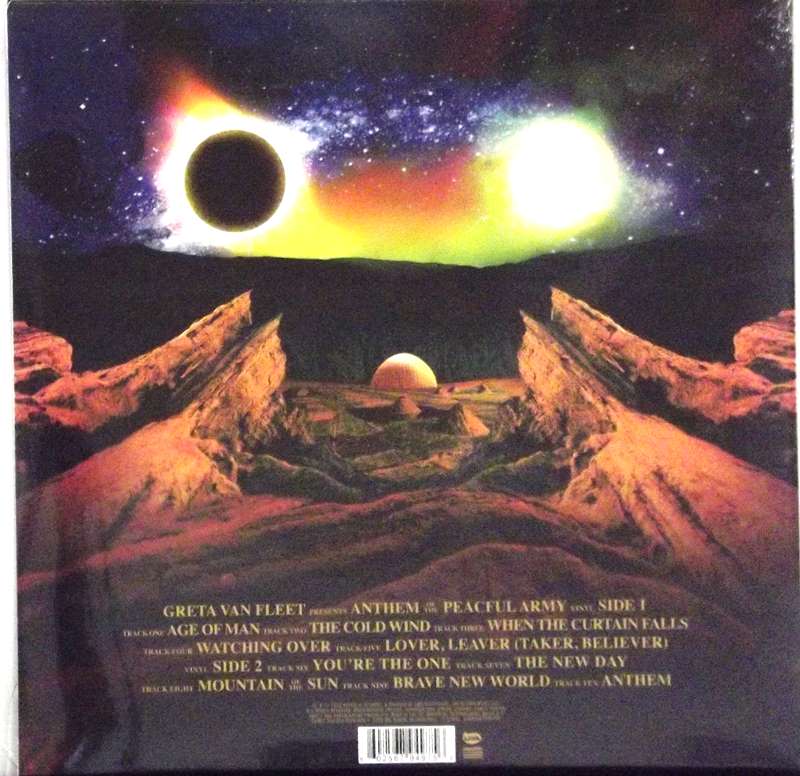 Anthem Of The Peaceful Army

Brand new sealed album with misprint on back cover.

Made in the EU. Includes two-sided lyric sheet insert.

The name of the album is misspelled on the back cover as "Anthem of the Peacful Army".

Anthem of the Peaceful Army is the debut studio album by American rock band Greta Van Fleet. The album was released on October 19, 2018, and follows the band's original two EP releases, Black Smoke Rising and From the Fires. The first single, "When the Curtain Falls", was released in July 2018. The album was the top selling album in its debut week in the US, selling 80,000 copies. Factoring in album equivalent units, it debuted at number three on the Billboard 200.[4]