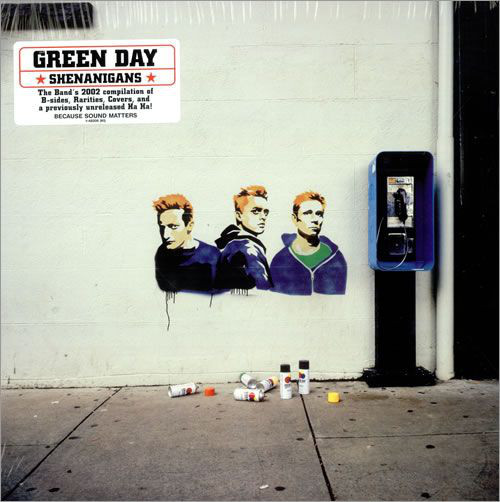 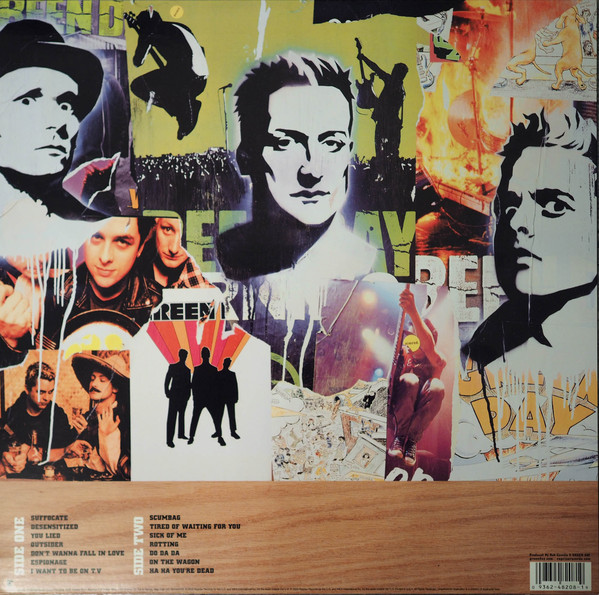 Shenanigans is a compilation album by American rock band Green Day, released on July 2, 2002, by Reprise Records. The album contains B-sides, rarities, covers, and the previously unreleased track "Ha Ha You're Dead". "Espionage", a spy-themed instrumental, was featured on the soundtrack for Austin Powers: The Spy Who Shagged Me.

Shenanigans peaked at number 27 on the US Billboard 200 upon its release and has sold 280,000 units as of September 2010.[10] Even though the original cover does not feature a title, several retailers fixed confusion over it by designing a sticker which was plastered on the front. In a September 2009 interview by Fuse on Demand, when asked who designed the cover for the group's eighth studio album 21st Century Breakdown (2009), Billie Joe Armstrong said that Chris Bilheimer designed it as well as the last four album covers. In 2002, Green Day embarked on the Pop Disaster Tour in support of the album; however, no songs from the album were played during any of the performances.