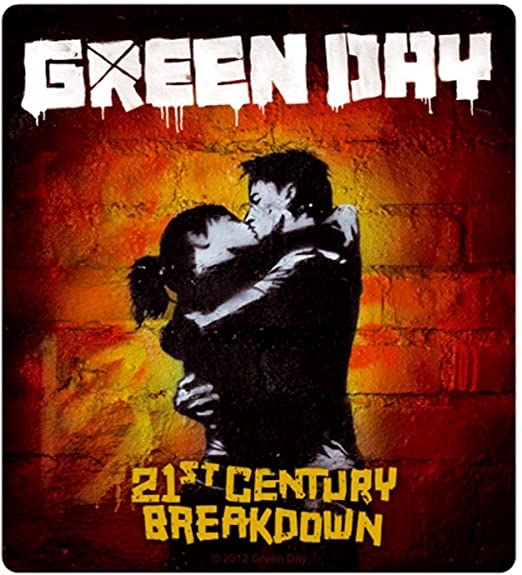 21st Century Breakdown is the eighth studio album by American rock band Green Day, released on May 15, 2009, through Reprise Records. Green Day commenced work on the record in January 2006 and forty-five songs were written by vocalist/guitarist Billie Joe Armstrong by October 2007, but the band members did not enter studio work until January 2008.[8][9]

The album is a rock opera much like their previous album American Idiot (2004). Armstrong has described the album as a "snapshot of the era in which we live as we question and try to make sense of the selfish manipulation going on around us, whether it be the government, religion, media or frankly any form of authority".[10] The singles "Know Your Enemy" and "21 Guns" exemplify the themes of alienation and politically motivated anger present in the record.

To handle the record, they turned to producer Butch Vig, best known for producing Nirvana's Nevermind (1991). Critical response to 21st Century Breakdown was generally positive. The record achieved Green Day's best chart performance to date, reaching number one on the album charts of various countries, including the United States Billboard 200, the European Top 100 Albums, and the United Kingdom Albums Chart. The album won the Grammy Award for Best Rock Album at the 52nd Grammy Awards on January 31, 2010. As of December 2010, 21st Century Breakdown has sold 1,005,000 copies in the United States[11] and more than 4 million worldwide.