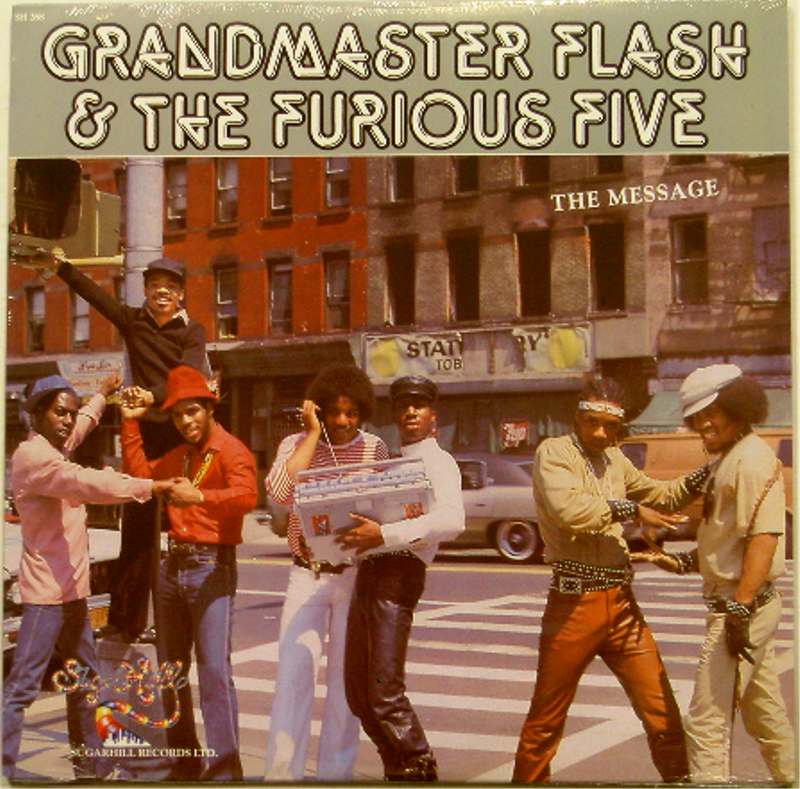 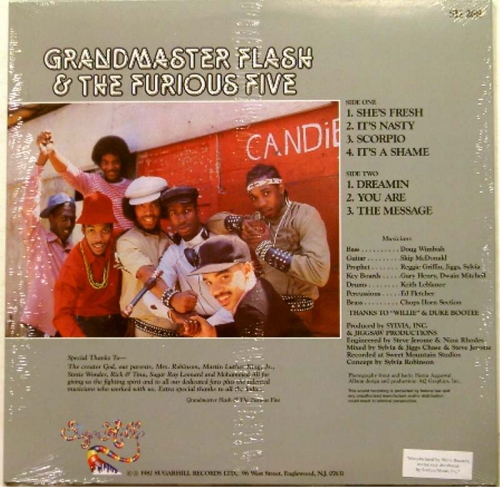 Vinyl and cover in excellent condition

This is where hip-hop began -- featuring It's Nasty, Scorpio and the all-time rap anthem, The Message.

The Message was released in October 1982 by Sugar Hill Records.[8] It was the only album released while the group's original line-up was together.[5] The album charted at number 53 in the United States and at number 77 in the United Kingdom.[8]

Reviewing in December 1982 for The New York Times, Robert Palmer hailed The Message as the year's best album and explained that while the emerging rap genre had often been criticized for confining itself to "bragging and boasting ... The Message is different. It's a gritty, plain-spoken, vividly cinematic portrait of black street life...social realism has rarely worked well in a pop-music context, but The Message is an utterly convincing cry of frustration and despair that cannot be ignored."[9] Robert Christgau ranked it as the 21st best album of 1982 his list for The Village Voice's annual Pazz & Jop critics' poll.[10] In Christgau's Record Guide: The '80s (1990), he wrote that, although "She's Fresh" is the "only instant killer", each song's attempt to experiment and "touch a lot of bases with a broad demographic ... justifies itself".[3]

According to music journalist Tom Breihan, The Message was a "singles-plus filler cash-in" that proved "a fascinating time capsule of rap's early attempts with the album format" as well as "a full-length artistic breakthrough, a rap album that earned respect on its own terms".[11] In a retrospective review, AllMusic's Ron Wynn called it the "ultimate peak" for Grandmaster Flash and the Furious Five, naming the title track as its highlight.[2] Miles Marshall Lewis, reviewing the album's 2002 British reissue in The New Rolling Stone Album Guide (2004), cited "The Adventures of Grandmaster Flash on the Wheels of Steel" as the "clincher" and "the only prime-period example of Flash's ability to set and shatter moods, with his turntables and faders running through a collage of at least 10 records that sound like hundreds."[5] Mark Richardson from Pitchfork said that The Message featured "two absolutely essential songs"—the title track and "Scorpio," which he dubbed "the greatest early electro track." However, he felt the rest of the songs were inferior.[6] The album was also included in the book 1001 Albums You Must Hear Before You Die.[12]