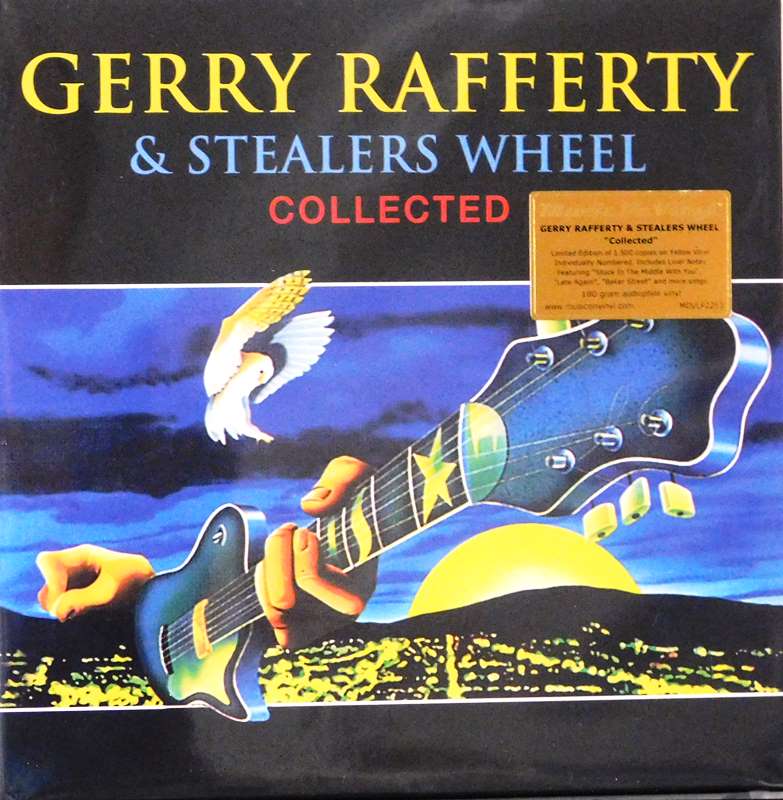 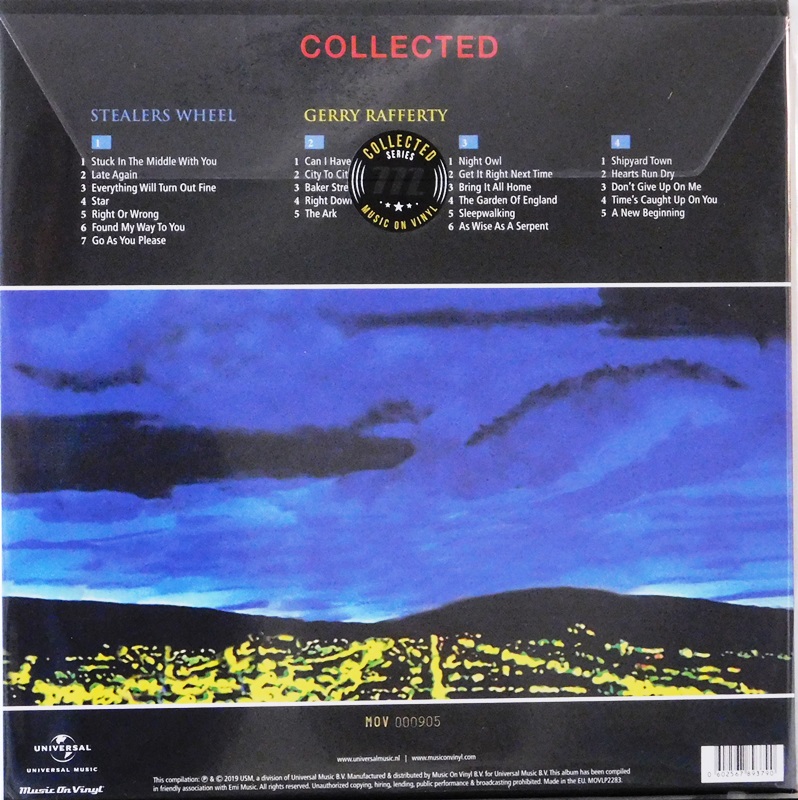 Stealers Wheel was a successful Scottish folk rock band, which had a gigantic hit in 1973 with "Stuck in the Middle with You".  One of the main figures in the band was Gerry Rafferty, known for his solo hits "Baker Street", "Right Down the Line" and "Night Owl". These songs, fan favorites and more gems can be found on the exclusive 2LP Gerry Rafferty & Stealers Wheel Collected.