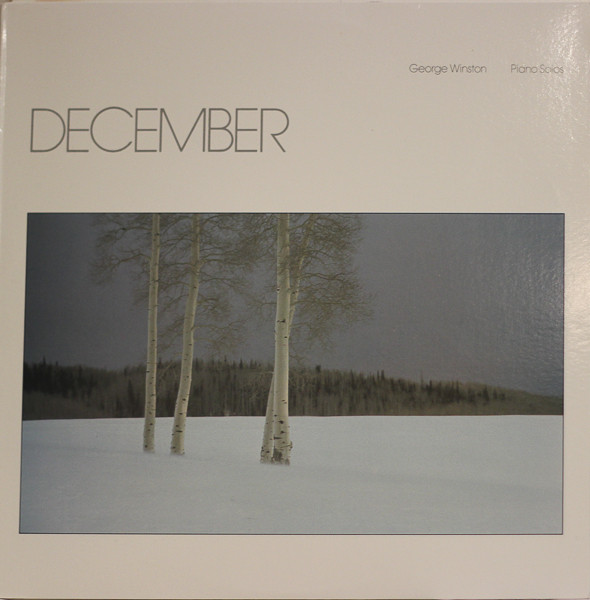 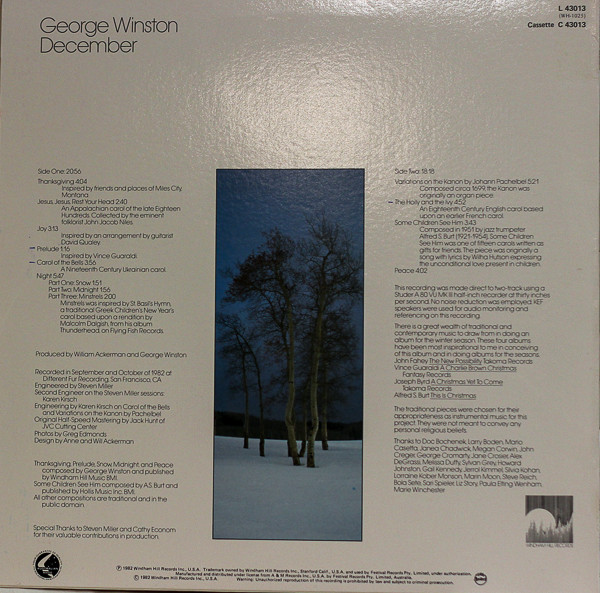 December is the fourth solo piano album from George Winston. It was recorded during the fall of 1982 and was released at the end of the year. It is a Christmas album, and more generally a tribute to the winter season. The album is a follow up to Autumn.

December is Winston's highest-selling album, having been certified triple Platinum by the RIAA, signifying 3 million copies in shipment.[2] The success of the album, along with several of Winston's other albums from the early 1980s, enabled the record label, Windham Hill, to get international distribution and a higher profile.[3] The album also spent 136 weeks on the Billboard 200, reaching a peak of No. 54 in January 1984, over a year after its original release.[4] In 1987, five years after its release, it reached No. 2 on Billboard's Top Holiday Albums chart.[5]

A 20th Anniversary Edition of the album, with two bonus tracks, was released in 2001. The album was again reissued in 2013 by Valley Entertainment with Dancing Cat Records, Winston's own label. This reissue was packaged in a Digipak and features revised cover art.[6]