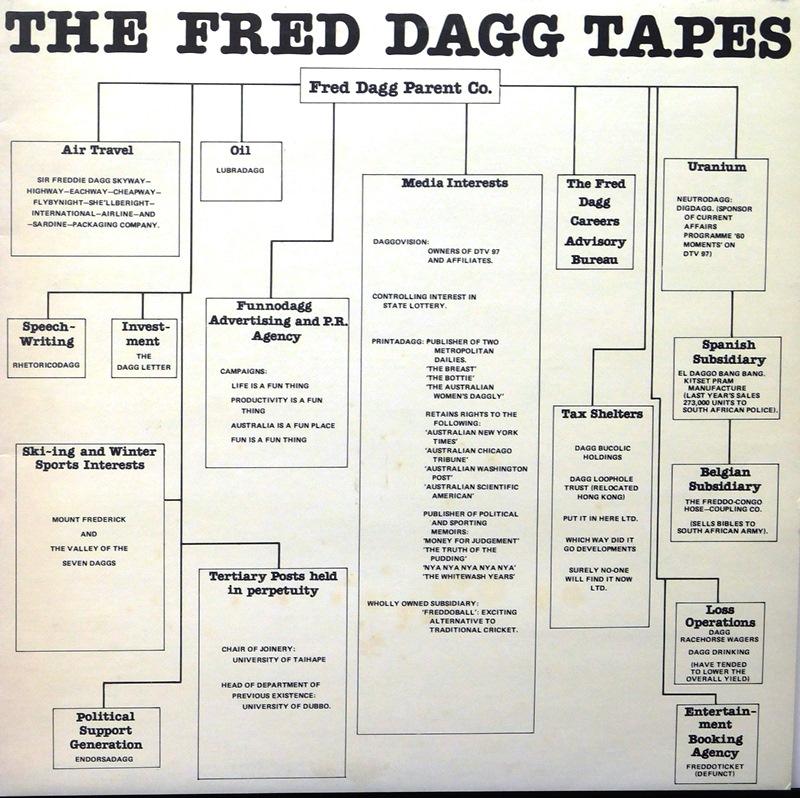 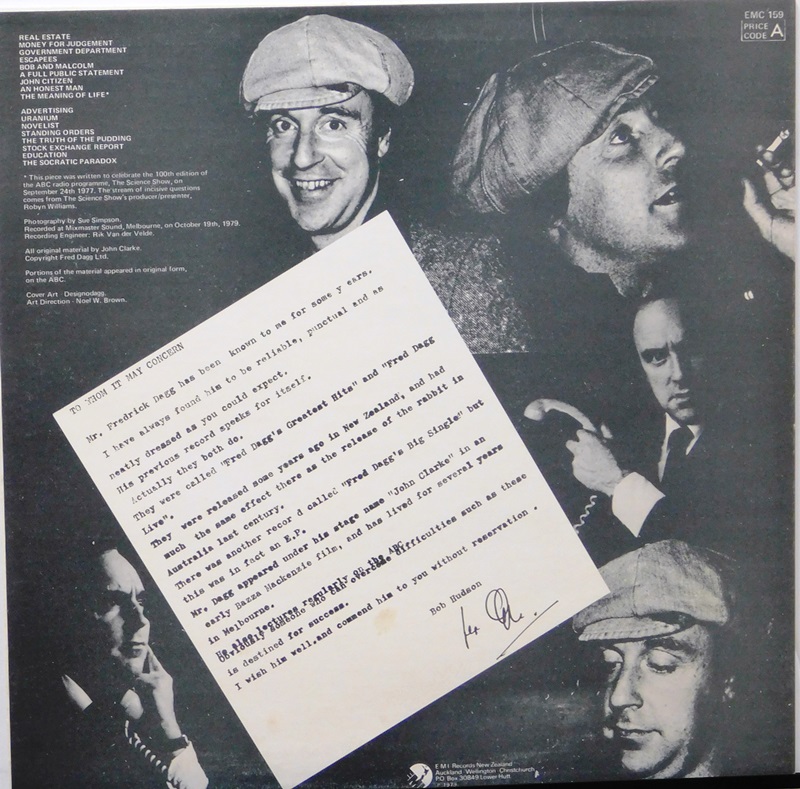 Fred Dagg is a fictional character from New Zealand created and acted on stage, film and television by satirist John Clarke. Clarke graced New Zealand TV screens as Dagg during the mid to late 1970s, "taking the piss" out of the post-pioneering Kiwi bloke and "blokesses". The Fred Dagg character is a stereotypical farmer and New Zealand bloke: clad in a black singlet and gumboots, hailing from the isolated rural town of Taihape, and attended by numerous associates (or sons) all named "Trev". One memorable expression was uttered whenever there was a knock at the door: "That'll be the door."

When Clarke first unveiled the character of Fred Dagg in recordings and on New Zealand TV in 1975, he became a national star.  Clarke also recorded a series of records and cassettes as Dagg, as well as publishing several books.

In 1979, Clarke moved from New Zealand to Australia, where he went on to establish himself as a top script writer and personality. He appeared regularly on Australian television delivering political satire sketches with actor comedian Bryan Dawe until his death in April 2017.[1]