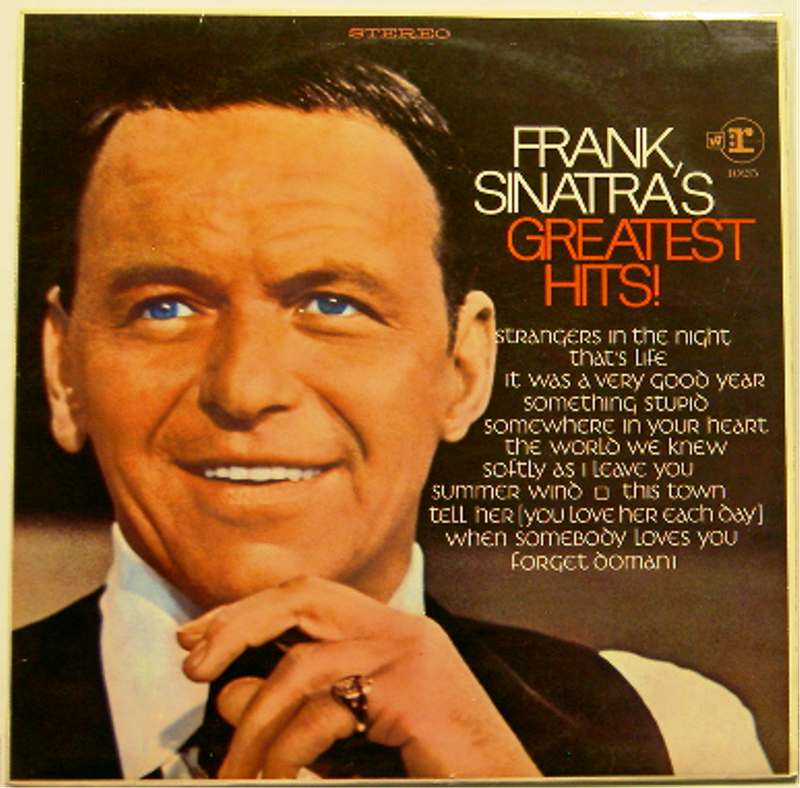 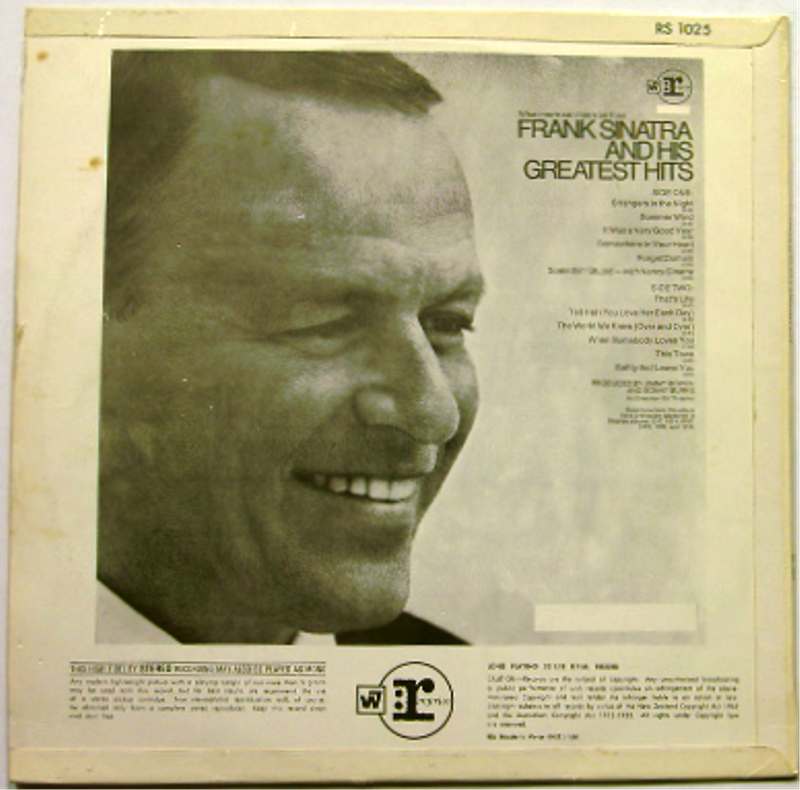 Frank Sinatra's Greatest Hits! is Frank Sinatra's first compilation released on his own Reprise Records. It concentrates on mostly single releases from the mid to late 60's, which fluctuates between adult contemporary pop and jazzy swing. The album opens up with Sinatra's recent number one hit "Strangers in the Night" and continues through the varied styles of music Sinatra recorded in the 60's, from easy listening ballads like "It Was a Very Good Year" and "Softly, as I Leave You" to contemporary pop like "When Somebody Loves You" and "That's Life". Greatest Hits was a modest hit, peaking at #55 on the album charts in late 1968. A second volume was issued in 1972