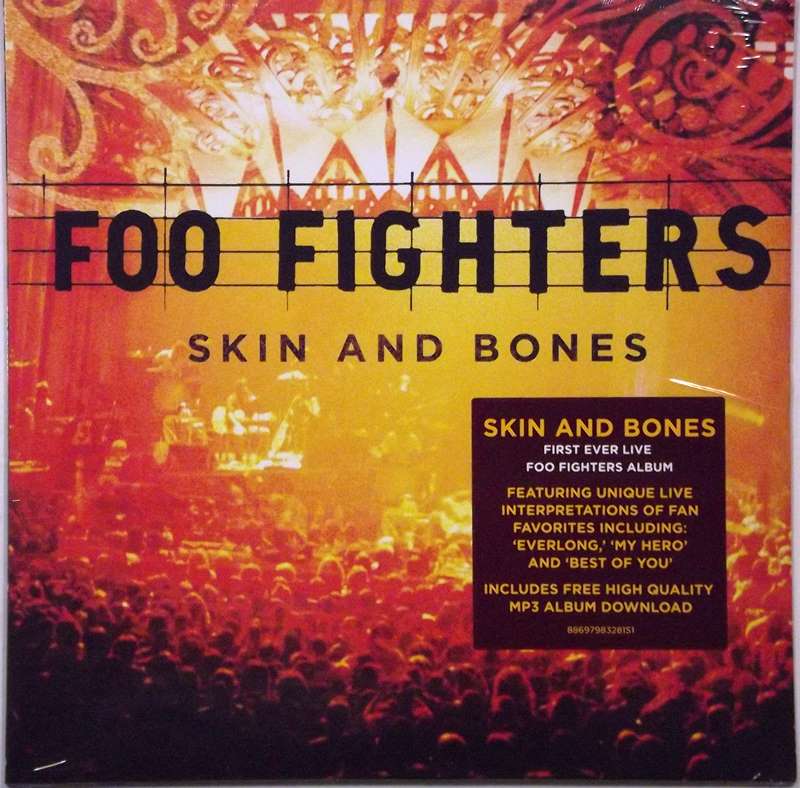 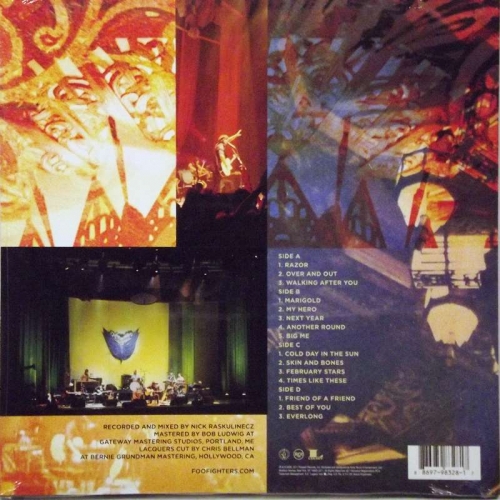 Skin and Bones is a live acoustic album by Foo Fighters released on November 7, 2006. The 15-track set was recorded on August 29, 30 and 31, 2006 at the Pantages Theater in Los Angeles and spotlights an expanded eight-piece lineup featuring violinist/singer Petra Haden, former Germs/Nirvana/Foo Fighters guitarist Pat Smear, Wallflowers keyboardist Rami Jaffee, and percussionist Drew Hester. Haden and Jaffee had appeared as guest musicians on the band's previous studio album, In Your Honor. A three-song encore consists of Grohl's solo performances of "Friend of a Friend", "Best of You", and "Everlong". The album debuted at number 21 on the Billboard 200, selling about 49,000 copies in its first week.[7] This was also the album's peak position on the chart.[8]

A DVD of the original shows, featuring a total of 21 songs, was released on November 28, 2006. It was directed by Danny Clinch, who appears briefly on-stage to play harmonica on the song Another Round, reprising the contribution he made to the original album recording of the song for In Your Honor. The UK version of the release is a two-disc set including the band's 2006 (electric) performance at Hyde Park.

The title song was previously released as a B-side on the single "DOA", and was included on the EP "Five Songs and a Cover".