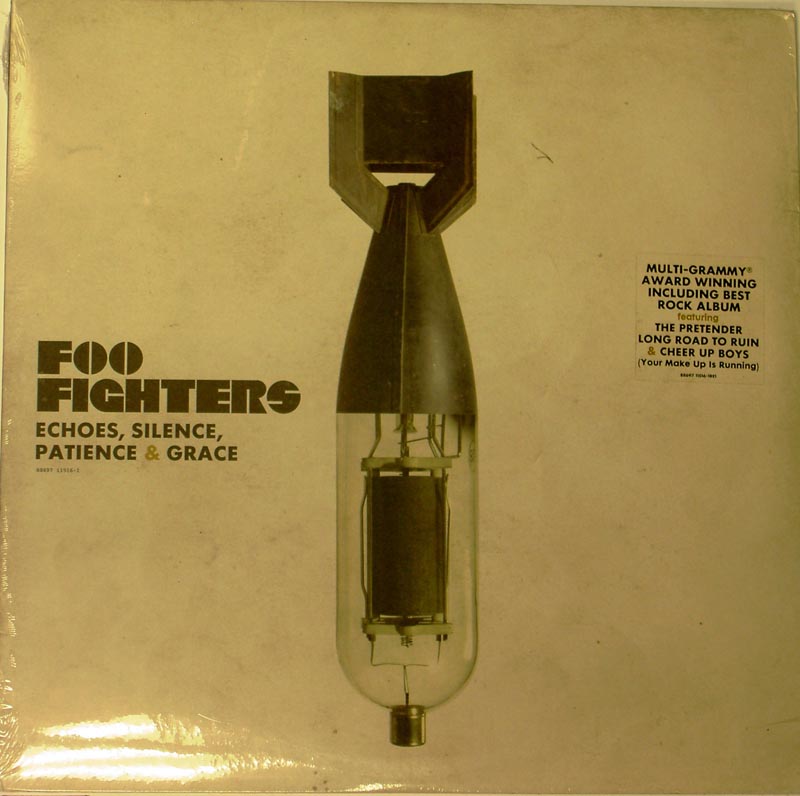 Echoes, Silence, Patience & Grace is the sixth studio album by rock band Foo Fighters, released on September 25, 2007 by RCA Records. The album is noted for a blend of regular rock and acoustic rock tracks with shifting dynamics, which emerged from the variety of styles employed on the demos the band produced. It also marks the second time the band worked with producer Gil Norton, whom frontman Dave Grohl brought to fully explore the potential of his compositions and have a record that sounded different from their previous work. Grohl tried to focus on songs with messages that resonated on the audience, writing reflective lyrics which drew inspiration from the birth of his daughter.

Critical reception to Echoes, Silence, Patience & Grace was mostly positive, with praise to the sonic variety and songwriting, though some reviewers found the record inconsistent and uninspired. The album topped the charts in the United Kingdom, Australia, New Zealand and Austria, and had three successful singles, "The Pretender", "Long Road to Ruin" and "Let It Die". Echoes, Silence, Patience & Grace was nominated for five Grammy Awards, winning Best Rock Album, and was also awarded the Brit Award of Best International Album.