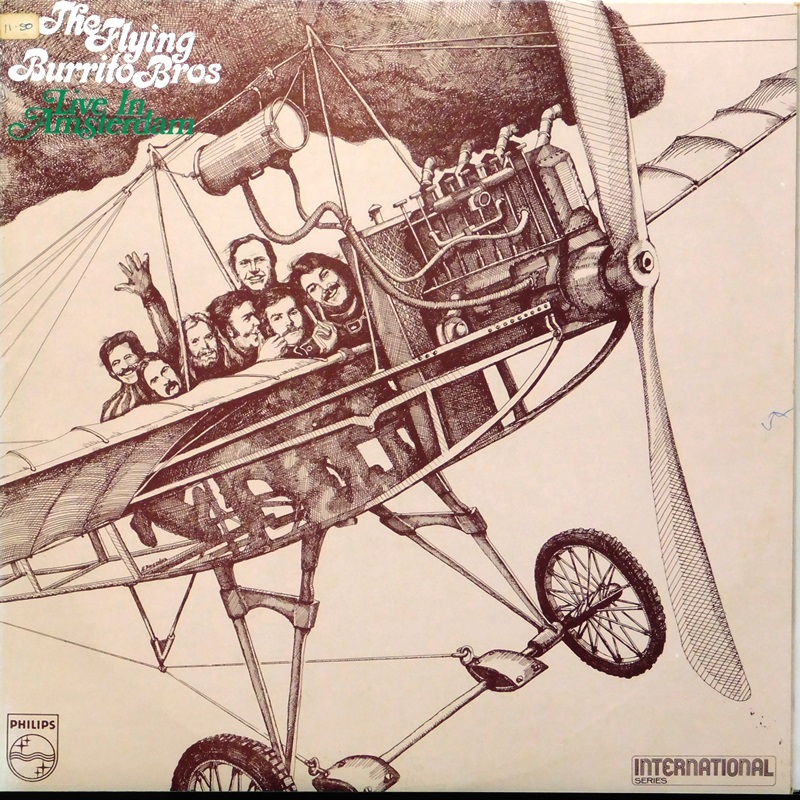 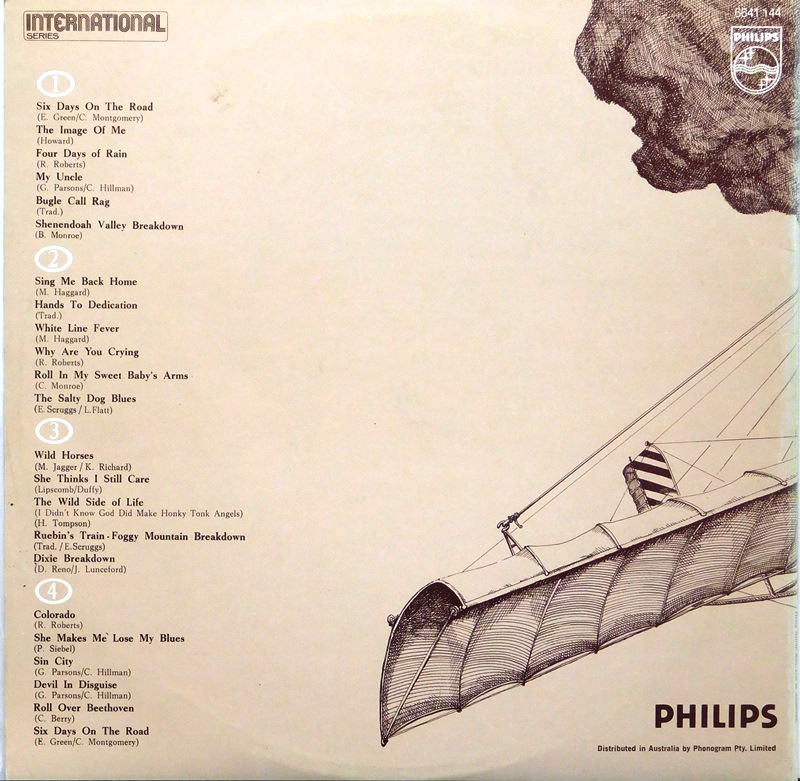 When Gram Parsons split from the Flying Burrito Brothers in 1970, the band went through a series of changes before eventually disbanding two years later. By the time Live in Amsterdam was recorded in 1972, the remaining original members, Chris Hillman and Michael Clarke, would be gone, leaving Rick Roberts as the only Burrito with even a remote connection to the group's early days. For the tour and subsequent album, Roberts carried on with Byron Berline, Kenny Wertz, and Roger Bush -- all of whom had been touring with the band already -- as well as a banjo player and a new bass player, drummer, and pedal steel guitarist. What you get are a few recent tunes, some country standards, a handful of Burrito classics, and a fair amount of bluegrass. And while the bluegrass portion of the show -- also prominent on the live Last of the Red Hot Burritos (1972), the last recording with Hillman and Clarke -- is solid, it isn't necessarily what fans would be looking for from a Burrito Brothers album. Furthermore, the band in general seems to be more at home with the music of Flatt & Scruggs and Bill Monroe than with the "cosmic American music" of the Parsons-era Burritos. That point is made all too clear by some of the limp versions of songs from the first two recordings. Still, there are some decent moments -- the country choices are at the very least competent, while Roberts' lovely "Colorado" is the equal of its studio counterpart and Paul Siebel's "She Made Me Lose My Blues" is first-rate. Live in Amsterdam sports some nice bluegrass picking and may interest fans of Rick Roberts, but as a Flying Burrito Brothers record, it works simply as a curiosity or a document of what should have been their final days.