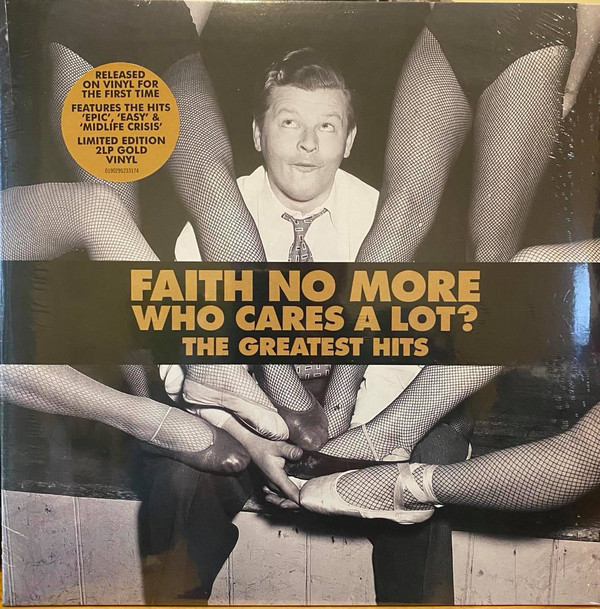 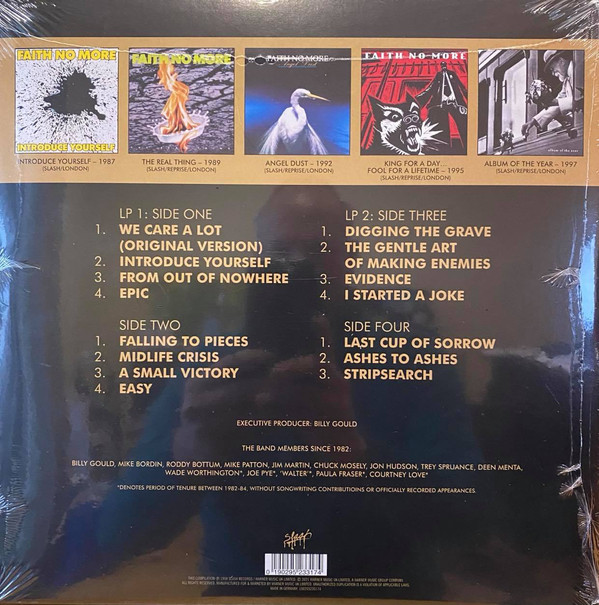 Who Cares A Lot? The Greatest Hits (Gold Vinyl)

Faith No More Who Cares A Lot Greatest Hits Gold Vinyl 2LP Who Cares A Lot? The Greatest Hits spotlights some of the biggest tracks released by Faith No More between 1987 and 1997. It includes massive hits such as “Epic”, “Easy”, “Evidence” and their first single “We Care A Lot.” Presented in chronological order, this collection highlights the journey Faith No More went on, starting with tracks such as “We Care A Lot” and “Introduce Yourself”; tracks sung by original lead singer Chuck Mosley. After his departure in 1988, the band turned to current frontman Mike Patton, who’s first album with the band was the renowned “The Real Thing.” Faith No More have maintained a cult status, being widely credited for developing alternative metal and having influence on bands such as Limp Bizkit and Slipknot. Founding member and bassist of Nirvana, Krist Novoselic, cites Faith No More as one of the bands who paved the way for Nirvana. This record presents a true celebration of Faith No More’s music and is on gold vinyl for the first time. The band had previously announced a European tour in 2020, which had to be postponed due to the COVID-19 pandemic. These dates have now been rearranged for dates across the UK and rest of Europe during June and July of 2021, with an Australia and New Zealand tour to follow.