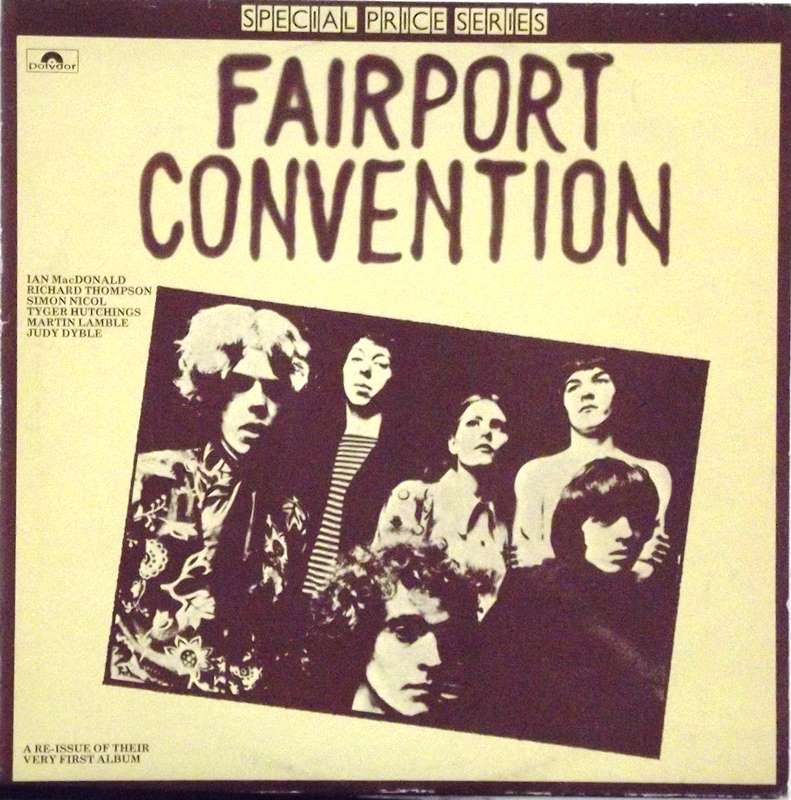 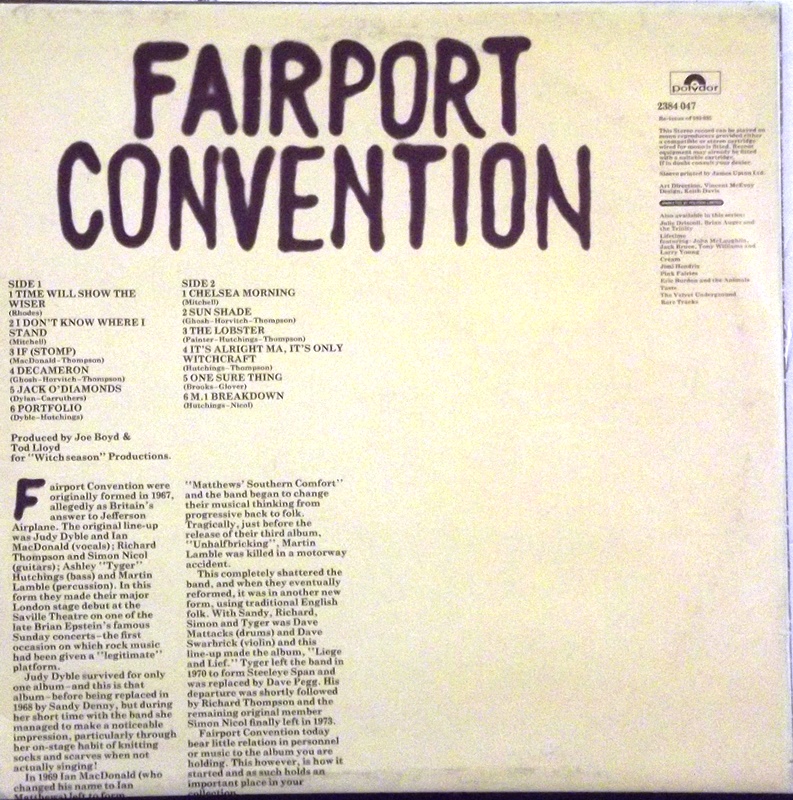 Fairport Convention is Fairport Convention's debut album. The band formed in 1967, with the original line-up consisting of Richard Thompson (guitar); Simon Nicol (guitar); Ashley “Tyger” Hutchings (bass); and Sean Frater (drums), who was replaced after their first gig by Martin Lamble. They were shortly thereafter joined by Judy Dyble (vocals), and Ian MacDonald (later known as Iain Matthews), joined them after they made their major London stage debut in one of Brian Epstein’s Sunday concerts at the Saville Theatre.

With an approach strongly influenced by Jefferson Airplane's first two albums, as opposed to the electric traditional folk for which the group later became famous, the debut album features songs by Emitt Rhodes, Joni Mitchell and Jim & Jean, adaptations of poems by George Painter and Bob Dylan, and some original material.

This is the only Fairport Convention studio album on which Judy Dyble sings. She was replaced in 1968 by Sandy Denny but during her short time with the band she made an impression, particularly through her on-stage habit of knitting dishcloths and scarves when not actually singing.[2]

The album should not be confused with the A&M Records' Fairport Convention, the USA release/re-titling of their second UK album, What We Did On Our Holidays.  The first album, listed a product of Polydor-England, was finally released in the U.S. on Cotillion Records in 1970.