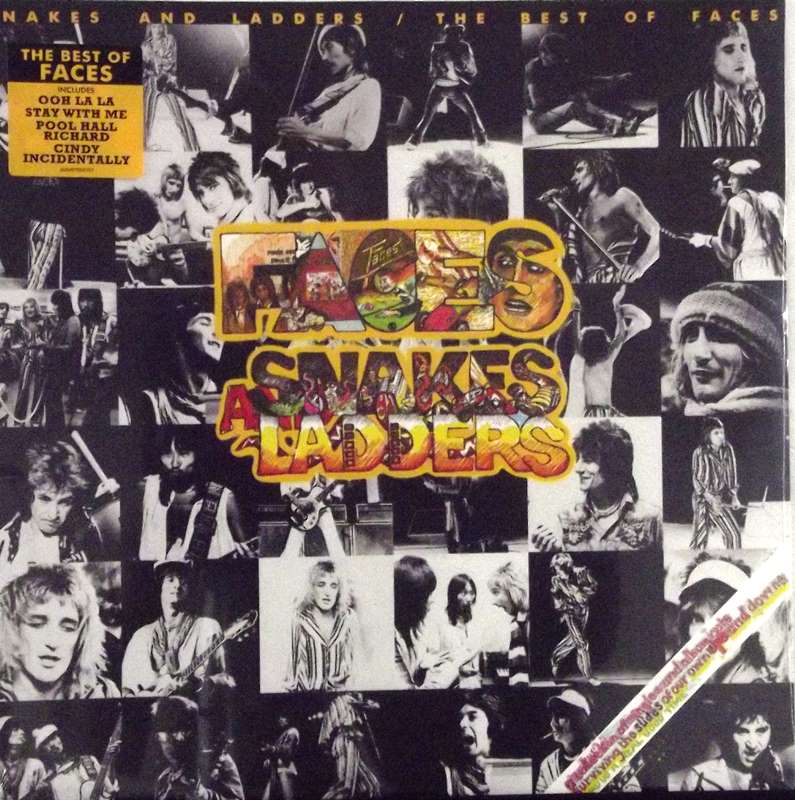 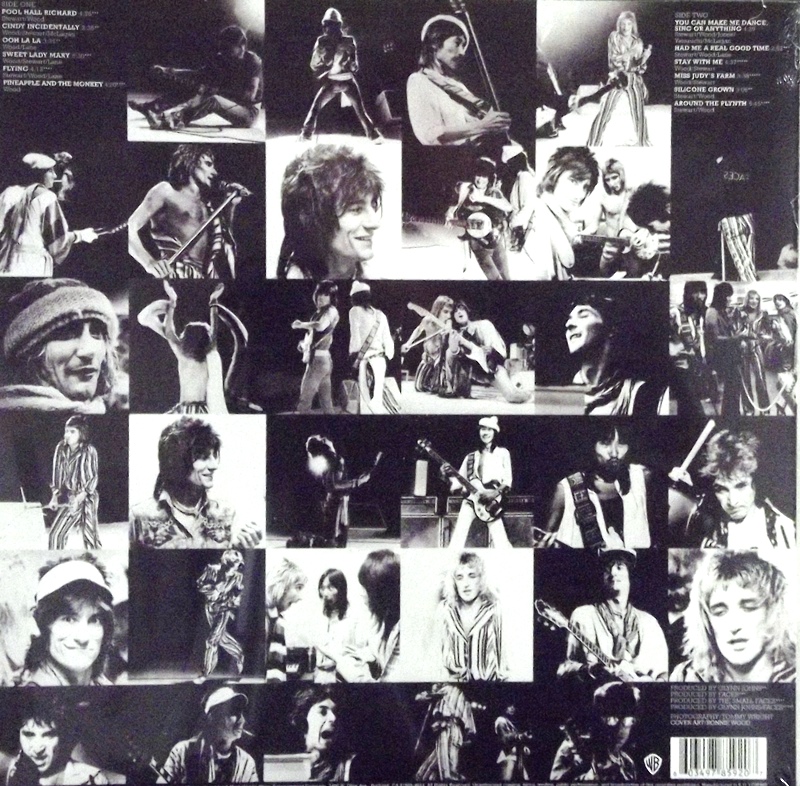 Snakes And Ladders / The Best Of Faces

Snakes and Ladders / The Best of Faces was an October 1976 best-of album (the 7th album and 2nd compilation album) by British rock group Faces, an attempt to collect all of the popular songs from the group that had disbanded the previous year. Featuring photography by Tom Wright and cover art by guitarist Ronnie Wood, it was superseded by the compilation Good Boys... When They're Asleep in 1999. This compilation is unique in that "Pineapple And The Monkey" did not appear on either Good Boys or the four disc box set, Five Guys Walk Into A Bar.... Also, the version of "Had Me A Real Good Time" presented here is from original 1970 single, which is actually an earlier, different recording to the 'Long Player' version rather than a simple edit of it.

The selections are biased in favour of Rod Stewart's lead vocals, with only one track featuring Wood on vocals, and none featuring Ronnie Lane, the group's secondary vocalist, who sang on several tracks on each of the group's four studio albums. Lane's songwriting is also under-represented, and Lane is nowhere pictured in the many snapshots featured on the cover. Strangely, Jesse Ed Davis, who was hired on for the group's final tour in fall 1975, does appear in some of the snapshots, despite not playing on any of the tracks recorded by the group.