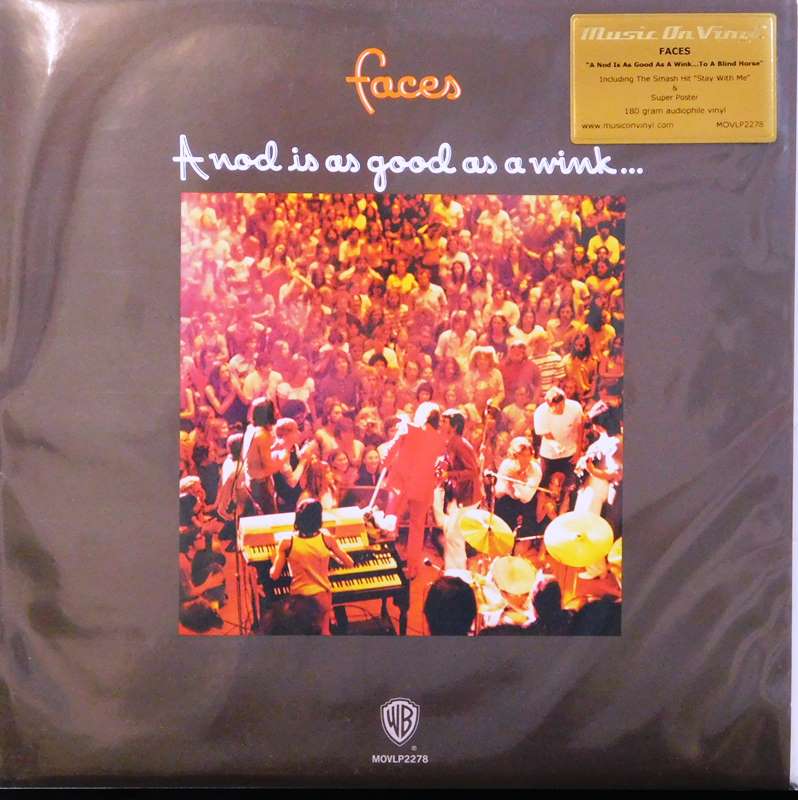 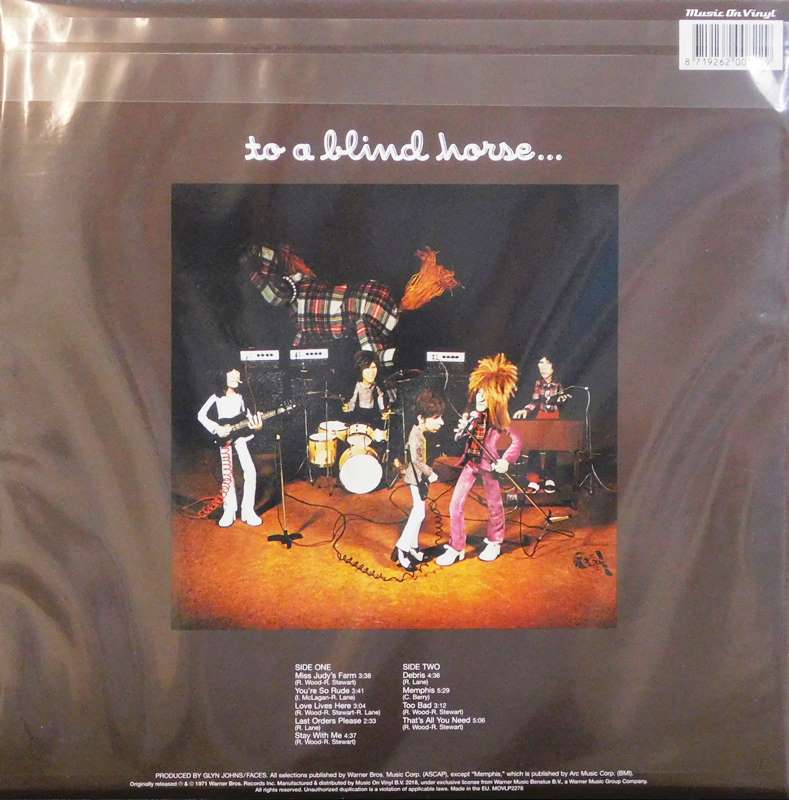 A Nod's As Good As a Wink... to a Blind Horse was the third album by British rock group Faces, and their second album of 1971. Bolstered somewhat by lead singer Rod Stewart's recent solo success with "Maggie May", it was their most successful album worldwide, peaking at No. 6 in the US,[2] and reaching No. 2 in the UK. It also contains their biggest US hit, the swaggering "Stay with Me" (No. 6 in the UK, No. 17 in the US), and the album itself would be certified gold by the RIAA in 1972.[3]

Generally regarded[citation needed] as the Faces' definitive statement, and the most consistent, balanced album of the group's career in terms of songwriting and of mood, thanks largely to the decision to share production duties with Glyn Johns. The album features two ballads and a Chuck Berry cover among its cast of bluesy rockers and rollicking bar-room swing-alongs. Bassist Ronnie Lane, often left frustrated by the division of vocal duties in the band[citation needed] sang lead on three of his own contributions (one co-written with keyboardist Ian McLagan), including the examination of father-son relationships, 'Debris'.

The original issue of the album came with a large poster consisting of a picture collage, including images of pills and pharmaceutical capsules, as well as polaroid photos apparently taken on tour of band and crew members reveling with naked groupies in hotel rooms. Within weeks of release, the record company had second thoughts about the poster and re-issued the album without it, turning original copies with the poster into collectors' items overnight.[4]

On 28 August 2015, the album was reissued in a remastered and expanded form, with the bonus tracks being two songs from a previously unreleased BBC session. The new vinyl reissue even replicated the poster included with the first-pressing vinyl release.