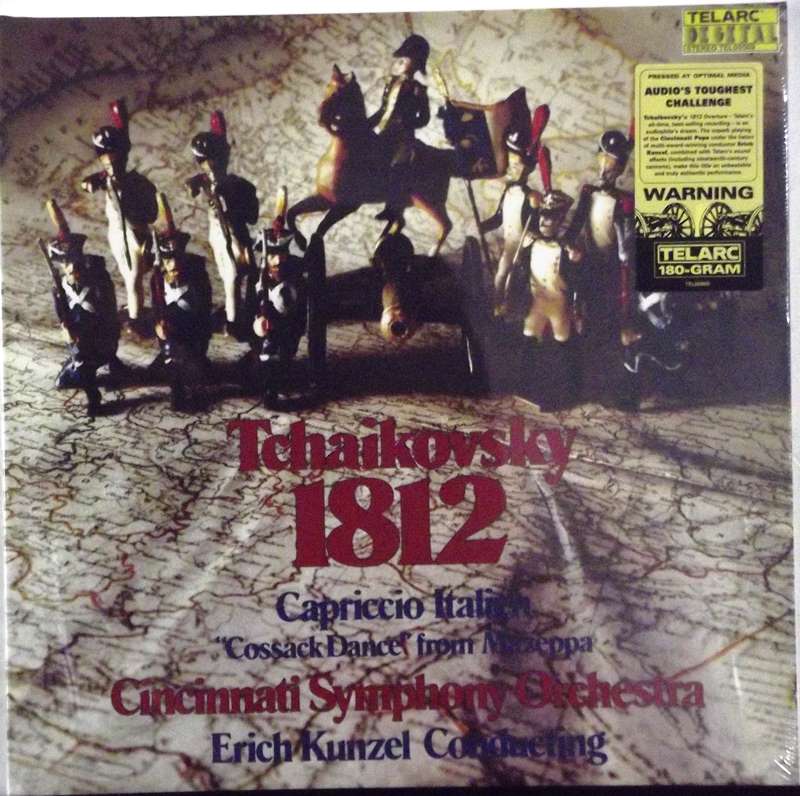 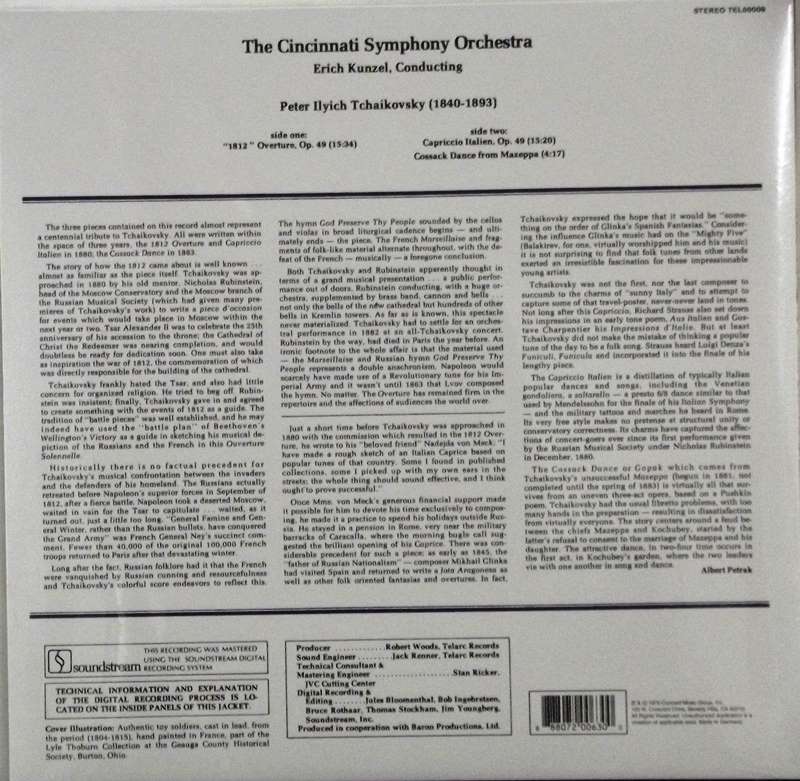 The 1812 Overture, Telarc's all-time best-selling recording, is an audiophile's dream. The superb playing of the Cincinnati Pops under the baton of Erich Kunzel, combined with Telarc's sound effects make this title an unbeatable performance! The reissue of this highly collectible title is being mastered on the same lathe that was used to cut the original legendary LP.

The bells heard on this album are those of the Emery Memorial Carillon, recreating the tumultuous clangor of church bells which Tchaikovsky envisioned. In order to capture the most authentic recording, three nineteenth-century cannons, owned and manned by the Fifth Virginia Regiment, were utilized, and to capture the perfect cannon sound, a total of twenty-four different charges with sixteen shots of varying sizes were exploded and recorded, as required in Tchaikovsky's score.