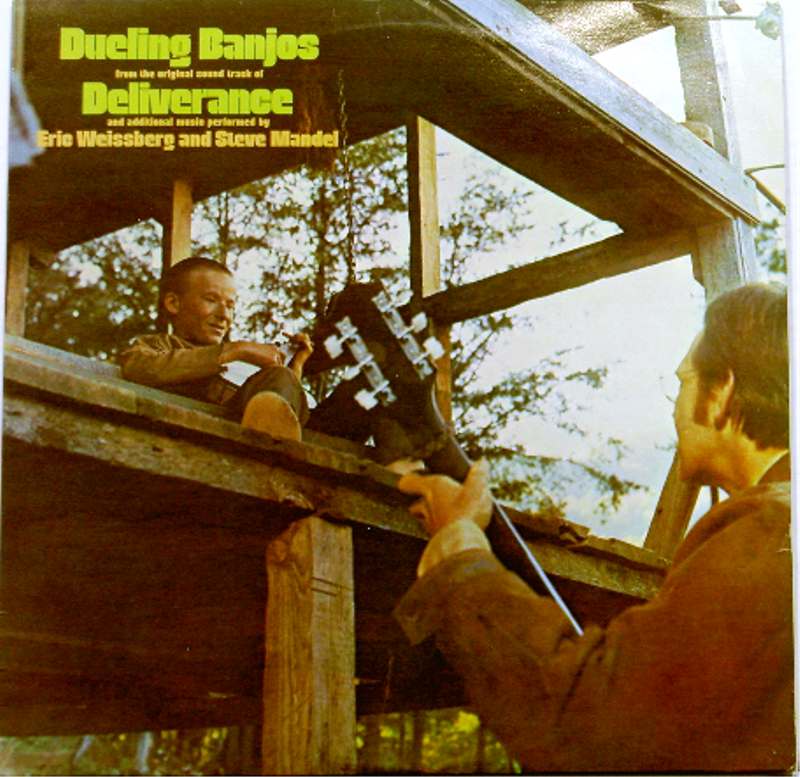 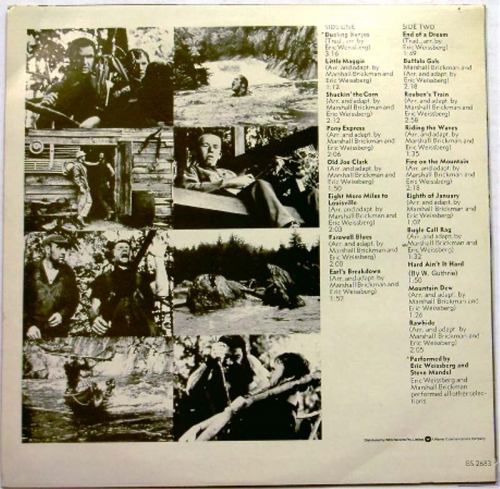 Dueling Banjos: From the Original Soundtrack of Deliverance

"Dueling Banjos" is an instrumental composition by Arthur "Guitar Boogie" Smith. The song was composed in 1954[2] by Smith as a banjo instrumental he called "Feudin' Banjos," which contained riffs from "Yankee Doodle." Smith recorded it in 1955 playing a four-string plectrum banjo and accompanied by five-string bluegrass banjo player Don Reno. The composition's first wide-scale airing was on a 1963 television episode of The Andy Griffith Show called "Briscoe Declares for Aunt Bee," in which it is played by visiting musical family the Darlings (played by The Dillards, a bluegrass group).

The song was made famous by the 1972 film Deliverance, which also led to a successful lawsuit by the song's composer, as it was used in the film without Smith's permission. The film version was arranged and recorded by Eric Weissberg and Steve Mandell (died 14 March 2018, age 76),[3] but only credited to Weissberg on a single subsequently issued in December 1972. It went to #2 for four weeks on the Billboard Hot 100 in 1973, all four weeks behind Roberta Flack's "Killing Me Softly with His Song," and topped the adult contemporary chart for two weeks the same year.[4] It reached #1 for one week on both the Cashbox and Record World pop charts. The song also reached No. 5 on the Hot Country Singles chart at the same time it was on the Hot 100 and Adult Contemporary Singles charts. It was also nominated for the 30th Golden Globe Awards in the Best Original Song category.[5]