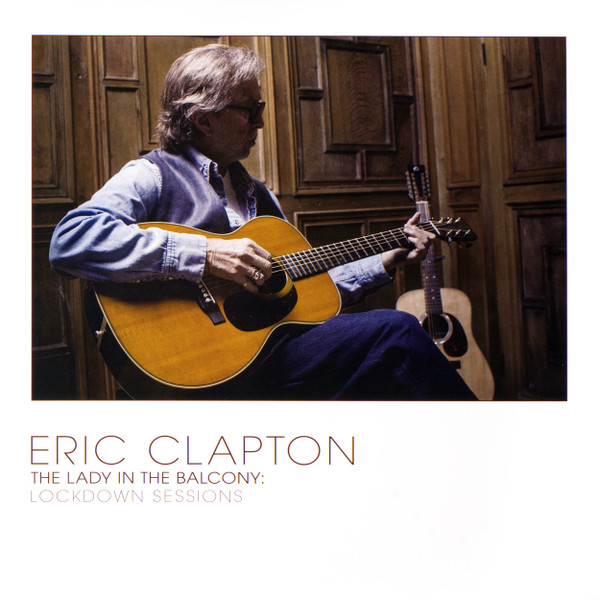 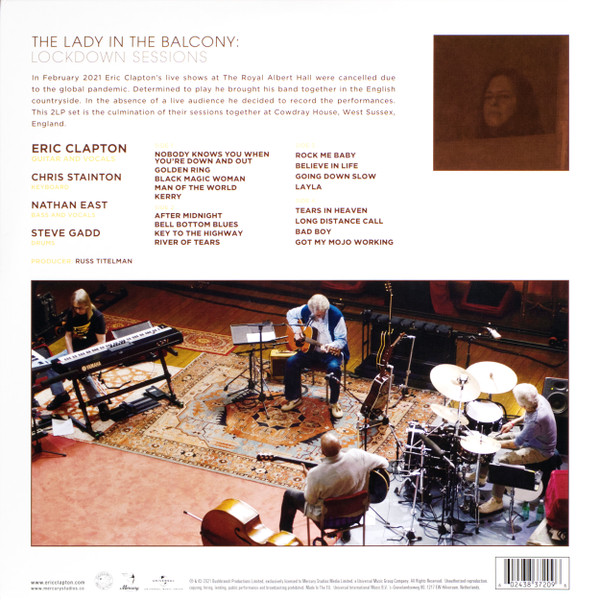 The Lady In The Balcony: Lockdown Sessions

To understand Eric Clapton’s The Lady in the Balcony: Lockdown Sessions, we need to go back to 1992, when MTV first aired his Unplugged episode. The show, and subsequent Grammy-winning album, revitalized and recontextualized Clapton’s career. Prior to Unplugged, Clapton was settling in as an adult contemporary artist and performing based upon the strength of his catalog, rather than his newer material, which had shifted away from blues rock work. He was successful but trapped between two worlds.

Unplugged showcased Clapton’s songwriting and love of the blues, with his revisiting his older material, and reworking it for an acoustic setting, rather than just playing the same songs the same way on an acoustic guitar, as too many MTV Unplugged guests did. Unplugged proved that Clapton was still a vital artist, and the accolades from that album made him comfortable moving forward in the blues direction that began his career. The Lady in the Balcony is another Clapton live acoustic album, this time showing an artist returning to a slot machine that once paid out for him, Clapton hoping to duplicate the magic.

The album resulted from the cancellation of his May 2021 Royal Albert Hall shows due to Covid. Clapton’s become a problematic figure, due to his past statements against immigrants, which he’s walked back as being due to drinking. There’s also his anti-masking, anti-vaccination stance, which resulted in a single on the topic, with Van Morrison, “Stand and Deliver,” as well as Clapton’s own single, “This Has Gotta Stop.” Clapton took a lot of heat for a controversial take rooted in his personal privilege and it’s telling that neither track appears here.

I understand the personal politics of vaccination and masking and can only speak to it as someone who lived about a mile from the epicenter of American Covid, and whose family lived in the area of the east coast’s first major outbreak. It’s terrifying to hear the sirens screaming by constantly. It’s horrifying to see your hospitals overloaded beyond capacity. And I say this as a person who was lucky enough to be able to work from home during the pandemic, and fortunate enough, so far, knock-wood, to avoid getting sick. So to have millionaire rock stars weighing in on this subject, upset because they have to cancel some shows, and can’t make even more money to fund their castles and jets, feels, to be kind, tone deaf.

But artists have a right to express themselves. However, the fact that Clapton’s made an album, based upon the concept of not being able to play in front of people because of the pandemic (the lady in the balcony is his wife Melia, the only non-musician/camera person to witness the show), but doesn’t address his thoughts about the pandemic, feels weak. Mike Zito’s Quarantine Blues is an artist processing the impact of Covid and it’s brilliant and raw. Clapton had the same opportunity, with the added benefit of having the means to bring a band to the English countryside, and instead he defaults to his greatest hits. Clapton’s unwillingness to seize a moment when he has our attention, and share his ideas, makes the album feel like he’s checking a box, rather than digging deeply.

The songs are fine. Clapton’s voice is in strong form, although he needs help hitting the high notes for “Bell Bottom Blues.” You don’t get much of his guitar; Chris Stainton’s piano is much more prominent in the mix, and often gives the songs a bit of a theatrical fair, almost like Clapton is auditioning the tunes for a potential jukebox musical. There are some downright questionable musical choices, too, like Clapton playing twelve-string guitar on “Black Magic Woman,” dedicated to Fleetwood Mac’s Peter Green, who wrote the song. The twelve-string makes the track muddy, with Stainton’s piano trying to fill in the gaps.

The album’s strongest moments are the final three tracks, which has Clapton going electric for blues songs. Here he finally sounds like he’s enjoying himself, tearing through Muddy Waters’ “Long Distance Call,” his own “Bad Boy,” and back to Waters’ for “Got My Mojo Working.”

In addition to “Black Magic Woman,” Clapton covers Fleetwood Mac’s “Man of the World,” also written by Green, and featuring the line “I’m not saying I’m a good man / Oh but I would be if I could.” It’s a song about yearning for love, but one has to wonder if Clapton is aware of how his statements, past and present, have hurt people. We’re all works in progress, and all of us have moments we’d like to have back. Clapton’s mistakes are more visible than the average person’s, but that makes it all the more important for him to engage with his missteps, and not just revert back to a moment when the public adored him. It’s one thing to wish to be a good person; it’s another thing to actively try.

One of the many reasons Unplugged was such a great album, one still in my rotation, was Clapton’s palpable joy. You can hear how much fun he’s having across most of the tracks. The same happiness feels absent from The Lady in the Balcony and you’re left wishing Clapton had the self-awareness to explore and share what isn’t working for him: personally and musically.