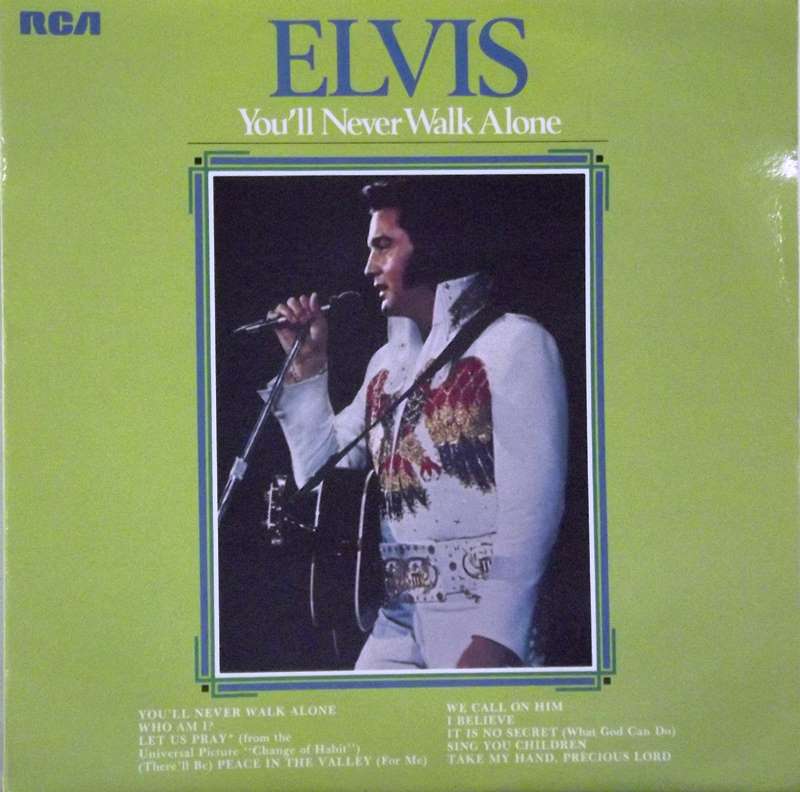 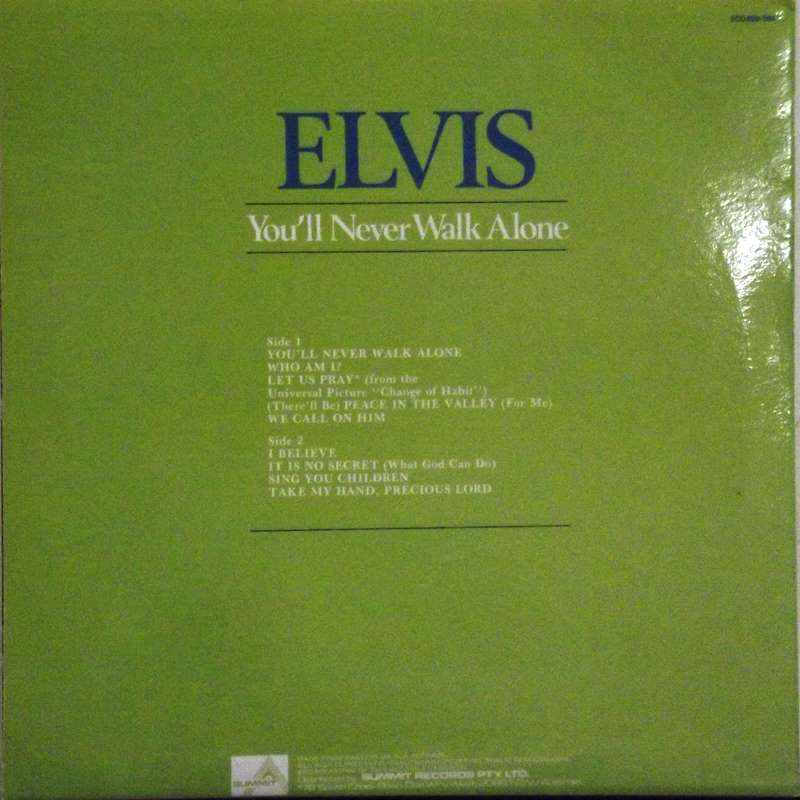 You'll Never Walk Alone is a compilation album by American singer and musician Elvis Presley, released in 1971 by RCA Records on their budget label, RCA Camden. The album contains primarily  previously released gospel recordings by Presley dating back as far as 1957, plus two unreleased tracks.

The album reached number 69 on the Billboard 200 chart.[3] You'll Never Walk Alone was later re-released in 2006 as part of a reissue series of Elvis' RCA Camden  budget albums. However, at the time this album was a big seller in the United Kingdom and reached a high position. It was certified Gold on March 27, 1992, Platinum on July 15, 1999, and 3x Platinum on January 6, 2004 by the Recording Industry Association of America.[4]