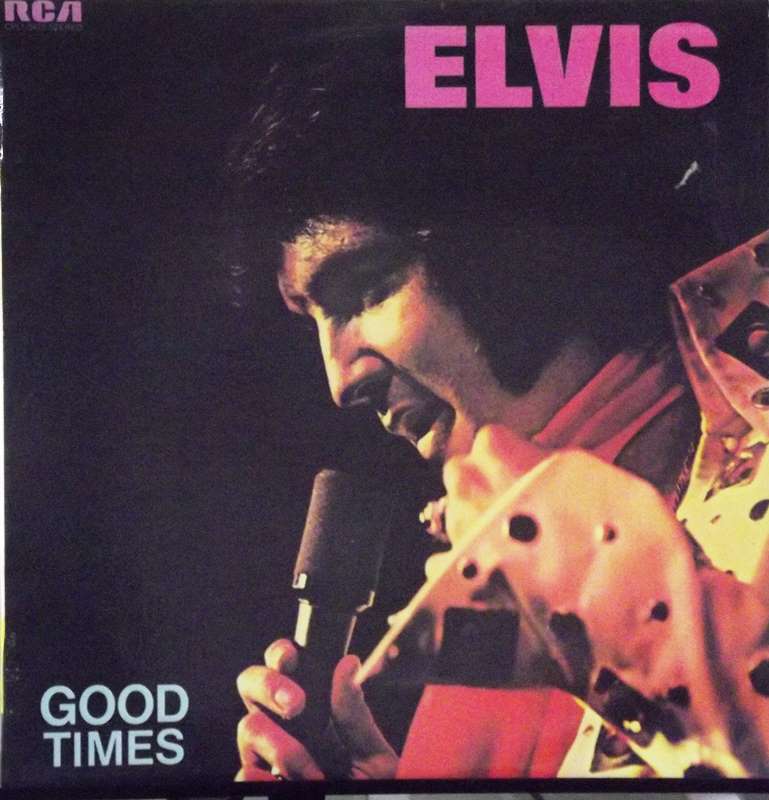 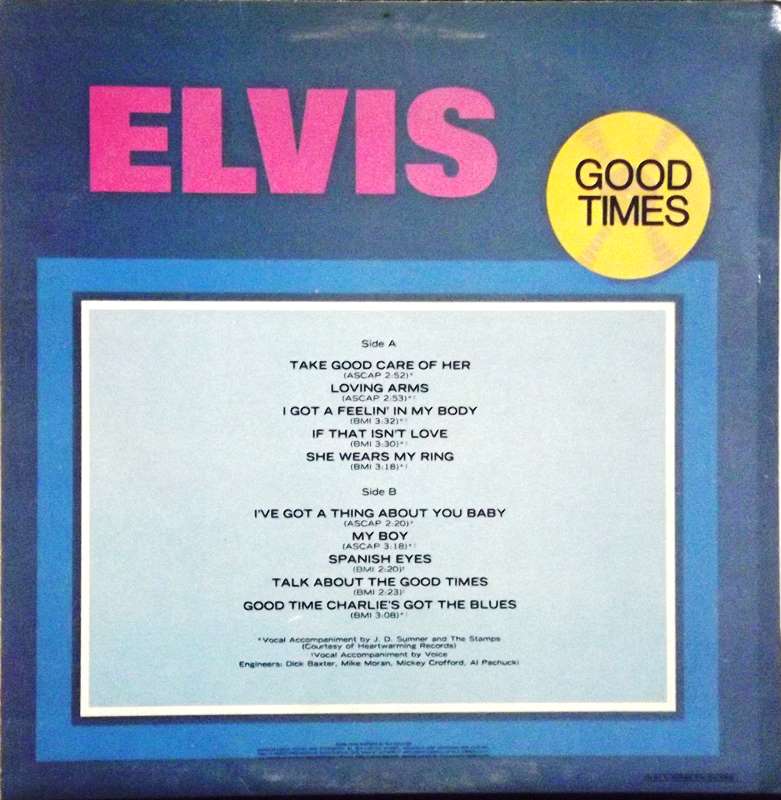 Good Times is the twentieth studio album by American singer and musician Elvis Presley, released on March 20, 1974. The album was constructed by the first pick of a session held at Stax Studios in Memphis in December 1973 and two songs, "I've Got a Thing About You Baby" and "Take Good Care of Her", which were left over from the session at Stax in July 1973. The album includes a collection of songs that vary in style and genre. Released the same day as the recording of Elvis: Recorded Live on Stage in Memphis was being made, the title was taken from the song "Talk About the Good Times". Many of the songs are covers of hits at the time, like "Spanish Eyes" and "She Wears My Ring". Charting low at the time of its release, it was considered typical 1970s Elvis material and was his first album to hit the "cut-out bins". The album did have some success though upon its original release, becoming a Cashbox #1 hit and charting in the Top 50 in the UK.

Original copies of the LP with the sticker on the cover (stating the singles on the album) are very rare and sell for large amounts on auction sites.