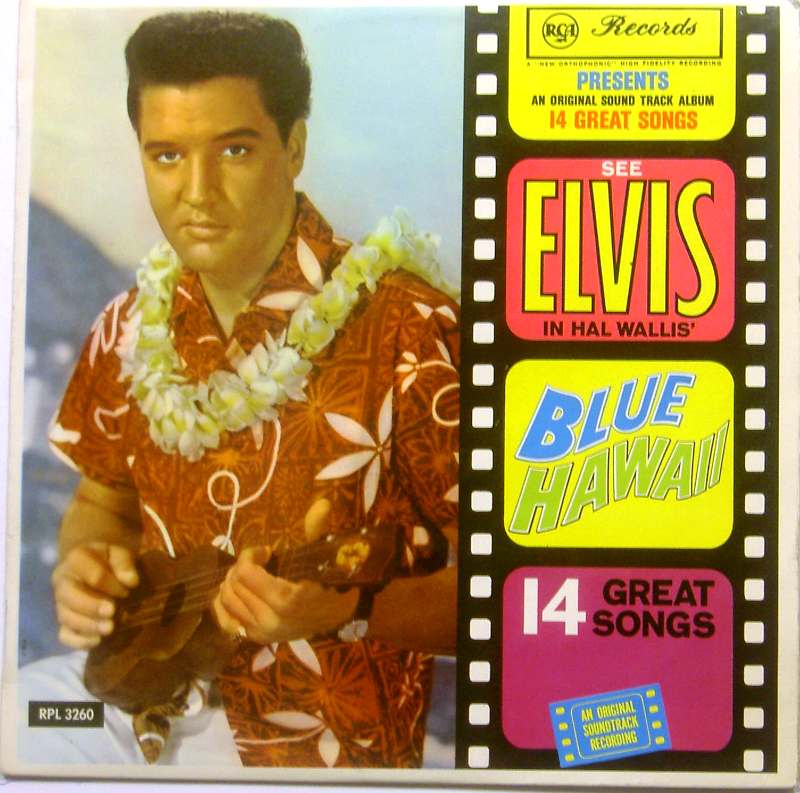 Blue Hawaii is the fourteenth album by American singer and musician Elvis Presley, released on RCA Victor Records in mono and stereo, LPM/LSP 2426, on October 20, 1961.[5] It is the soundtrack to the 1961 film of the same name starring Presley. Recording sessions took place at Radio Recorders in Hollywood on March 21, 22, and 23, 1961.[6] In the United States, the album spent 20 weeks at the number one slot and 39 weeks in the Top 10 on Billboard's Top Pop LPs chart. It was certified Gold on December 21, 1961, Platinum and 2x Platinum on March 27, 1992 and 3x Platinum on July 30, 2002 by the Recording Industry Association of America.[7] On the US Top Pop Albums chart Blue Hawaii is second only to the soundtrack of West Side Story as the most successful album of the 1960s.