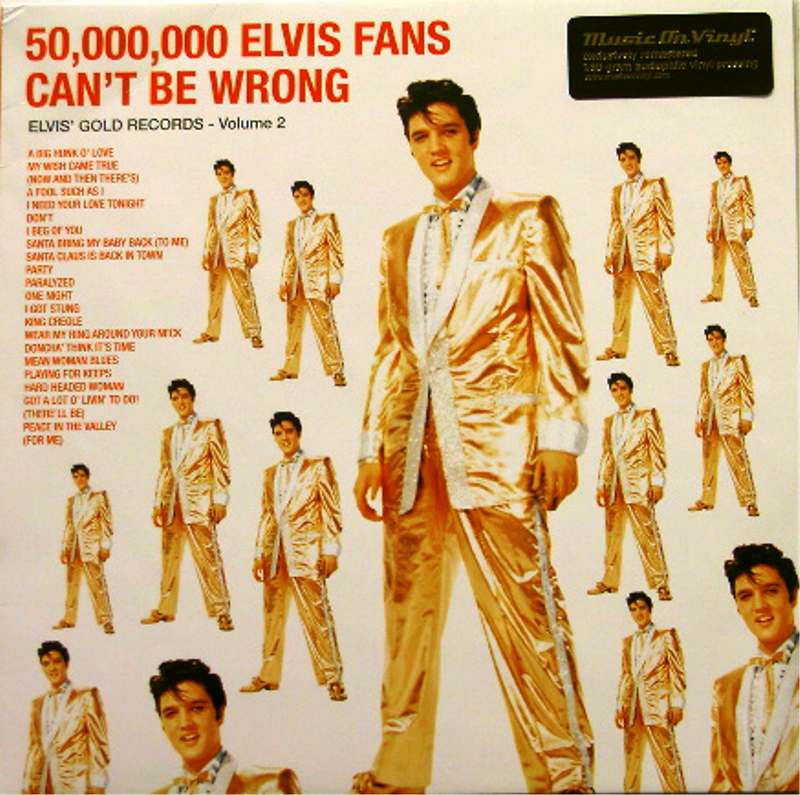 Elvis' Gold Records, Volume 2, also known as 50,000,000 Elvis Fans Can't Be Wrong, is the ninth album by American singer and musician Elvis Presley, issued by RCA Victor in November 1959. It is a compilation of hit singles released in 1958 and 1959 by Presley, from recording sessions going back as far as February 1957.