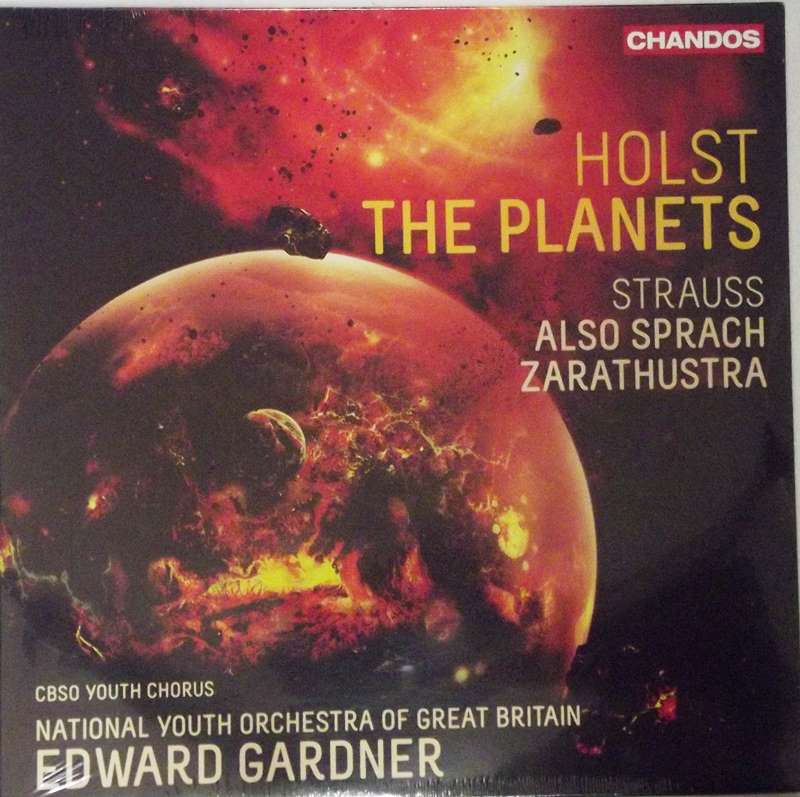 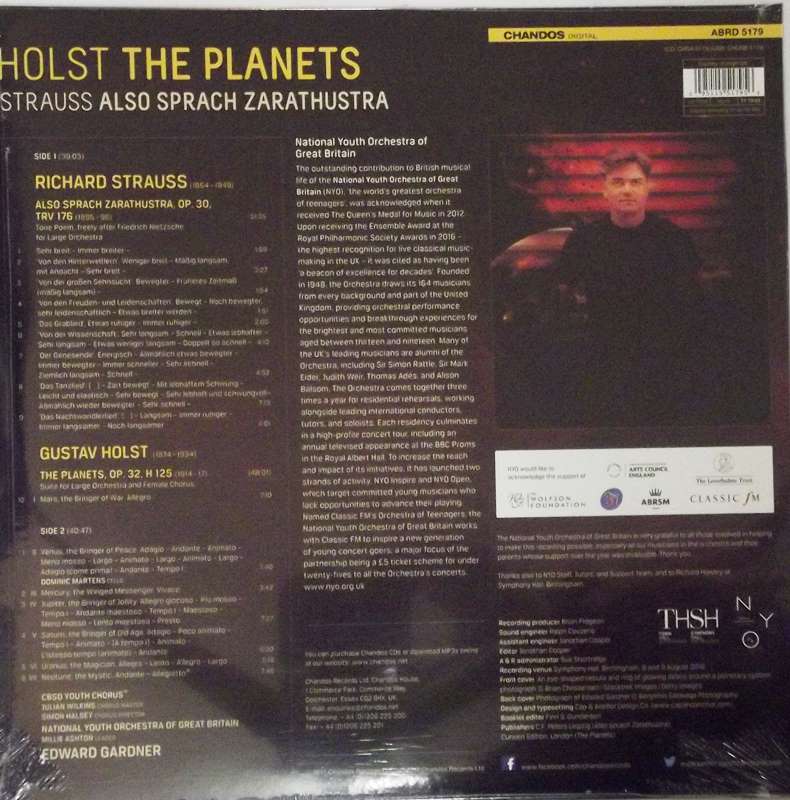 For its very first album on Chandos, the National Youth Orchestra of Great Britain devotes its characteristic energy and musical mastery to an explosive programme that transcends daily life and earthly experience. It is helped by the enthusiastic, encouraging, and experienced baton of Edward Gardner as well as by the sumptuous yet detailed acoustic of Symphony Hall, Birmingham, all fully revealed in this surround-sound recording.

Their performance of Strauss’s Also sprach Zarathustra and Holst’s The Planets is already a point of reference in the UK after the immensely successful Prom concert that preceded the recording. The concert’s five-star review in The Daily Telegraph praised in particular the orchestra’s ‘great attack and complete absence of anything routine’, while The Guardian emphasised the great performance of the orchestra in this ‘graceful and evocative programme’, especially the ‘depth and richness of sound that belied their youth’.

This unique album is a first milestone in what promises to be a superb discography for the NYO.