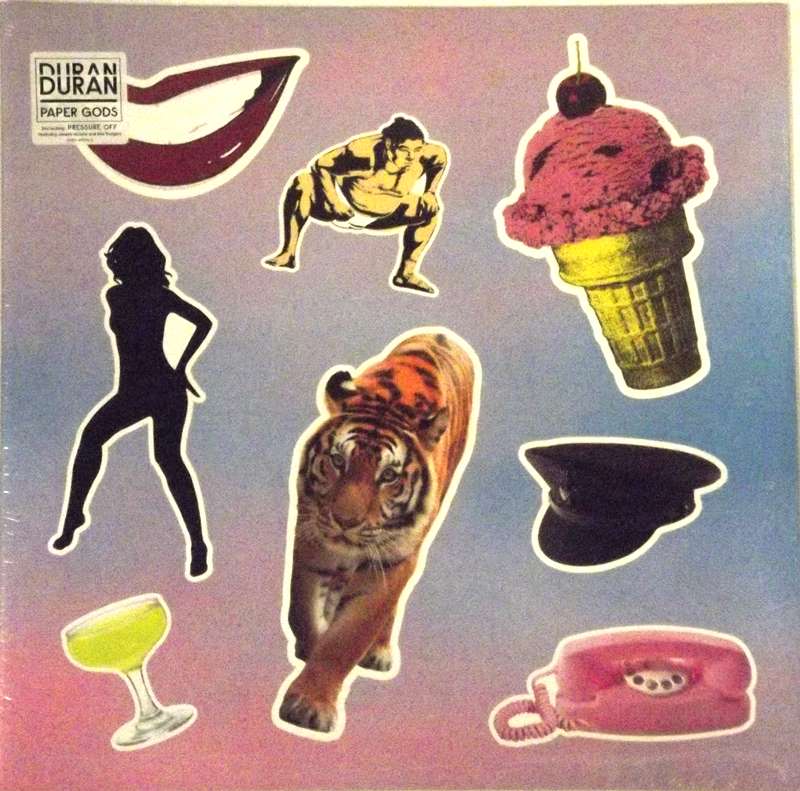 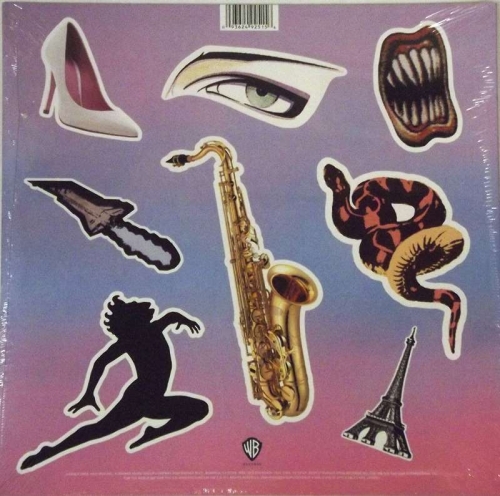 Paper Gods is the fourteenth studio album from British new wave band Duran Duran on Warner Bros. Records. The record was announced on 15 June 2015 via an official press release posted on their website, confirming a scheduled world-wide release date of 11 September 2015. The record was produced by Mr Hudson and Joshua Blair, who has worked with the band on "All you Need is Now" and "A Diamond in the Mind," Nile Rodgers, who had previously worked on the band's "The Wild Boys" single and Notorious album, and Mark Ronson, who produced All You Need Is Now (2010). The first single, "Pressure Off", features vocals from American singer Janelle Monáe.[1]The album cover, designed by artist Alex Israel, is his 2013 painting titled, "Sky Backdrop",[2] that features icons that represent the band's history. This includes lips painted by artist Patrick Nagel for their Rio album;[3] also representing the Rio album is a chauffeur's cap alluding to that record's closing track "The Chauffeur"; a pink telephone and champagne glass representing the single "Rio"; a sumo wrestler representing their controversial video for "Girls on Film"; a silhouette of a female representing the single "Skin Trade";[4] an image of a tiger nodding to their third album Seven and the Ragged Tiger; a stylized ice cream cone taken from their "Perfect Day" single.[1][5] The deluxe physical copy of the record comes with sixteen stickers of Duran Duran iconography to mirror the album cover.[6]